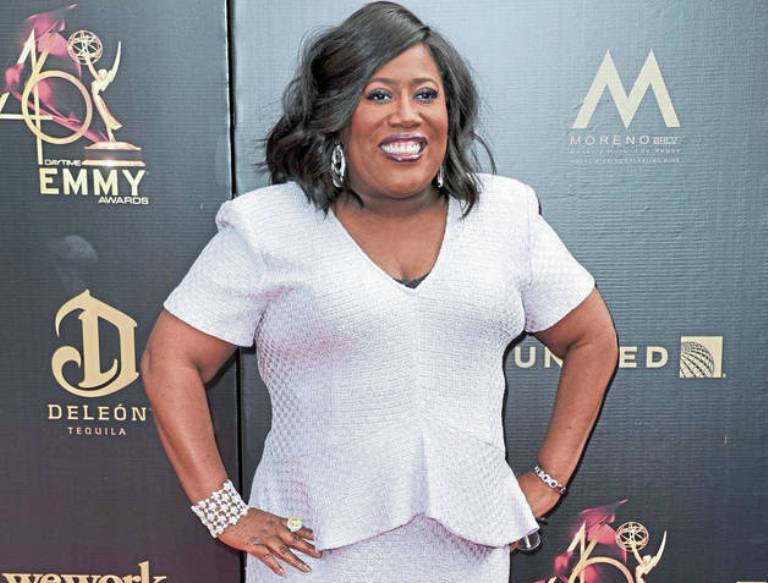 Since her breakthrough into the mainstream in the late 1980s, the American comedian, actress, and TV presenter Sheryl Underwood has developed strongly in her career. Today, she is best known as one of the presenters of the hugely popular CBS show The Talk, a role she took on in 2011. Her contributions to the show have earned her a number of coveted awards, including the 2017 Emmy of the Day for Outstand Entertainment Talk Show Host. Underwood has been through much in her life, but she has remained brave and has drawn on her comedic skills not only to keep herself sane but also to help others who might be suffering the same things as she is. Here you will find everything you need to know about the always smiling comedienne.

Sheryl was born on October 28, 1963, as Sheryl Patrice Underwood in Little Rock, Arkansas, as a twin. Both she and her twin sister were premature babies and had to spend some time in an incubator. While Sheryl survived, her sister did not survive. To this day she carries her deceased sister’s birth certificate with her.

She grew up in Little Rock, but when she reached high school age, she moved to Atwater, California, and attended high school there. She then attended the University of Illinois, Chicago, where she earned a Bachelor of Arts degree in Liberal Arts. Despite the personal difficulties that plagued her life, Sheryl continued in life.

After college, she served in the military. While focusing on her academic skills, Sheryl did not ignore her comedic abilities, which gave her the first taste of her fame in 1989 when she was the first female finalist in the Miller Lite Comedy Search and the rest, as they say, is history.

Underwood holds a master’s degree in media management and mass communication from Governors State University. She is a lifetime member of the Zeta Phi Beta Sisterhood and a member of the NAACP.

Sheryl Underwood has achieved the kind of success that many entertainers only hope for. She became very successful with stand-up comedy and subsequently began to take on smaller acting roles. Her popularity as well as her bank account grew when she began hosting BET Comic View. Sheryl later contributed to shows such as the Tom Joyner Morning Show and the Steve Harvey Morning Show and also hosted several radio shows. Some of her remarkable films include Beauty Shop and Bulworth. These and others contribute to Sheryl Underwood’s estimated net worth of $4 million.

It is no news that Sheryl Underwood had a difficult childhood. She endured domestic violence from her mother, Joyce Evelyn Underwood. As a child, Sheryl was lied to by her mother, who told her that her twin sister was murdered by her own father, Cleo Underwood. Joyce did this to tarnish the image of Sheryl’s father and prevent her from approaching him. When Sheryl began to develop a relationship with her father, her mother tried to murder her father by stabbing him to prevent Sheryl from learning the truth. When Sheryl was raped after graduating from college, her mother blamed her. Unfortunately, the rapist was never found.

Sheryl’s family includes a brother named Michael and an older sister named Frankie, who was diagnosed with polio as a child and is still disabled today. She stopped growing at the age of 18 months but continued to develop female features. She has also undergone stunted brain development and can neither read nor write. Sheryl and her brother Michael take turns taking care of her disabled sister.

ALSO READ: Who Is Anna Camp, Here Are Facts About Her Ex-Husbands And Boyfriends

Who is Sheryl Underwood’s Husband?

Over the years, Sheryl Underwood has remained largely silent on issues of her romantic life. In the fall of 2011, however, she revealed to the media that she had lost her husband by suicide. Her revelation came more than two decades after her husband’s death. One cannot help but think that perhaps the traumatized childhood that Sheryl lived through had some influence on her love life.

Her husband’s name was revealed as Michael, he was a cook. Sheryl was with Michael for about 7 years before they entered into the marriage in 1987. However, their marriage was to last only three years, after Michael had taken his own life in the third year of their union. He had experienced clinical depression and had jumped off a building after an attempted drug overdose.

Sheryl told People Magazine in 2016 that on the morning of her husband’s death, she baked him a German chocolate cake and said goodbye to him before going out with the words “See you when you get home. Sadly, this was the last time Sheryl saw her husband alive when she returned to receive a farewell letter he had left her. Despite her violent tragedies, Sheryl is grateful for her journey, which, she reveals, has made her stronger.

She did not have a child with her late husband Michael and has not been married to anyone else since his death.