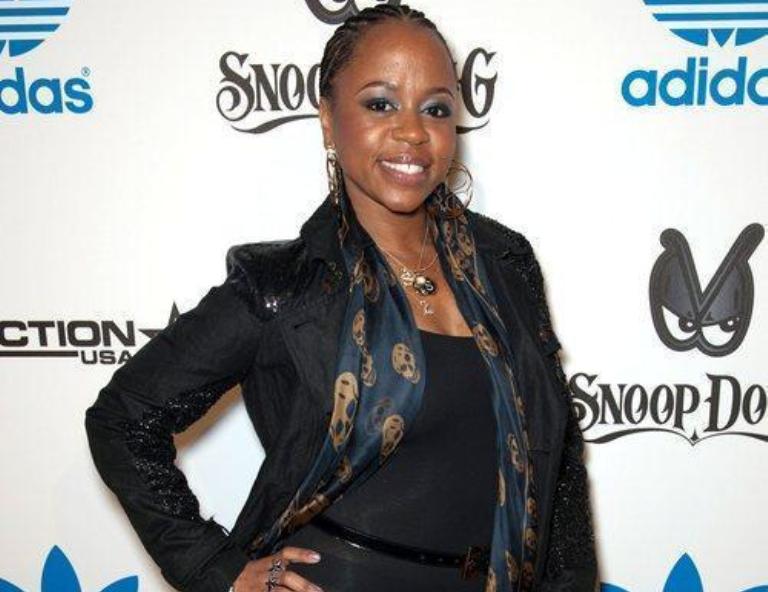 The name Shante Broadus may not be immediately obvious when it is mentioned, but it is mentioned alongside Calvin Cordozar Broadus, Jr., that American rapper, record producer, singer, songwriter, actor, and television star we have all come to know professionally under the stage name Snoop Dogg.

Shante Broadus is a producer, entrepreneur, and philanthropist, but is best known as the wife of the popular American rapper in a relaxed style. She appeared in the television series “E! True Hollywood Story”, “The Mo’Nique Show” and “Snoop & Son”: A father’s dream. She also appeared in the documentary film Reincarnated 2012, for which she acted as executive producer.

Shante Broadus was born on 30 October 1971 in the city of California, USA. She is currently in her forties and has her birth sign is a Scorpio. Shante completed her high school education at the Long Beach Polytechnic High School in Long Beach, California.

The popular rapper Mia X is one of her closest friends and her net worth is currently estimated at $5 million by Celebrity Net Worth.

On June 12, 1997, Snoop Dogg and Shante nee Taylor exchanged their vows at The Ritz Carlton Hotel in the heart of Marina Del Rey. Before that date, they had been lovebirds since their time in high school.

Shante is very active in social media. She has large followers on her Twitter handle, which boasts almost 55,000 followers, which is little compared to the 561,000 followers she has on Instagram. Her Twitter and Instagram handles, which are called @bosslady_ent, reveal the closeness, connection, and affection that exists between her and her husband. She once admitted openly that the nickname “Boss Lady”, with which she wastes no time in showing off, was given to her by her husband, who also never failed to use the word “Boo” in his songs just to honor his wife Shante.

Their relationship, which lasted over two decades, had its own share of marital storms and challenges. On May 21, 2004, after seven blissful years of marriage, the couple witnessed their first public marital disagreement when Snoop filed for divorce on the grounds of irreconcilable differences. However, the divorce never saw the light of day as Snoop had to throw away all divorce papers and reunite with the love of his life.

In a conversation with Queen Latifah on YouTube about her intended divorce and her make-up, Snoop Dogg said: “You have to understand the turmoil and the things I put her through on my way to success. I had no understanding of how I hurt them and how I betrayed myself until I became a man and realized that I just love this woman who loves me and who had my children. I had to put my life in perspective and make my music and a business secondary”. Snoop would later give the go-ahead to host an event to renew his marriage vows with Shante on January 12, 2008. A total of two hundred guests took part in this major event.

On June 14, 2017, Snoop celebrated its 21st wedding anniversary with Shante. He did this in a stylish way by sharing a stunning retrospective image of himself and Shante in Instagram of love movements from earlier times and titled it “21 years n still Rollin ?? Happy. Anniversary,”. This is a milestone, considering how quickly the marriages of celebrities have fallen like a hot potato.

Shante and Snoop have 3 children together – 2 boys and a girl. The first child Corde Broadus was born on 21 August 1994. Cordell followed on 21 February 1997, while their only daughter Cori was born on 22 June 1999. They also have a half-brother – Julian Corrie Broadus, who was born to their father Snoop from his relationship with Laurie Helmond in 1998. Cori took after her father in music. She currently has three singles in which she played her father in two of them, and was nominated by MTV Video Music Award for Best Video with a Social Message. She was diagnosed with lupus at the age of six years after it was discovered that she was seriously losing weight and her hair was falling out. She has received several treatments and is now quite healthy.

There is currently no information online about the altitude of Shante Broadus.