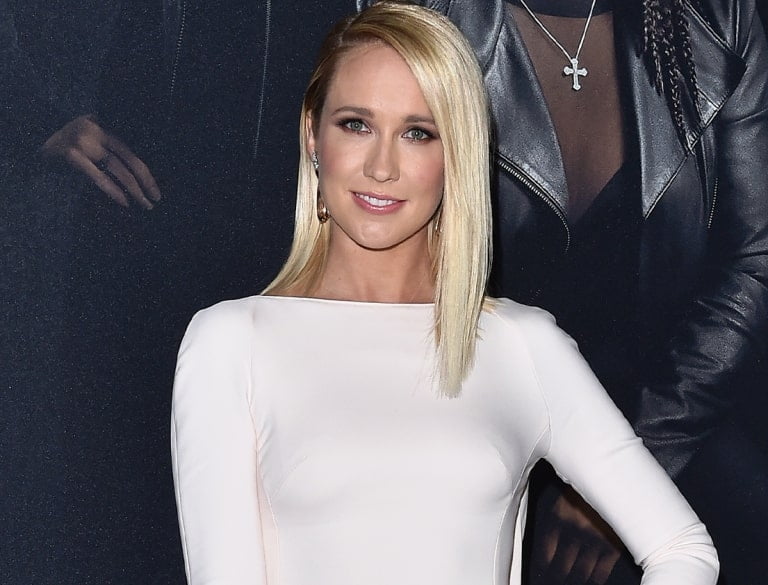 Anna Camp is an American actress and singer whose beauty resonates with each of her film or television appearances. Not only is she a good-looking actress, but she also has a solid education at the University of Fine Arts and training in theater arts. She is known for her role in the HBO vampire drama series “True Blood”, in which she played the villainous “Sarah Newlin”, and most recently as Aubrey Posen in the film series “Pitch Perfect” in 2012, 2015, and 2017. There are certainly other projects in the pipeline for the productive actress, which will be available to the public in due course. Read on for more interesting facts about Anna Camp.

Who Is Anna Camp

Anna Ragsdale Camp was born in Aiken, South Carolina, on September 27, 1982, the child of parents Thomas Sewell Camp, a bank clerk, and Dee Camp, a Democratic Party volunteer. Anna has only one older sister named Saluda. During her childhood, she grew up in Columbia, South Carolina, where she was enrolled in Meadowfield Elementary School. She first came into contact with acting in the second grade when she was cast in production about resistance to drug abuse.

For her college education, Anna Camp was accepted into the University of North Carolina School of Arts to study fine arts. After meeting all the requirements for a university degree, Anna graduated in 2004, whereupon she decided to pursue a career as an actress, and this decision led her to move to New York.

In 2005 Anna played the role of the Perfect in Columbinus, her great performance made more Hollywood producers consider her for similar roles. As a Broadway theater actress, Anna Camp received the Lucille Lortel Award for her role in the off-Broadway play The Scene. The following year, 2008, she was cast in the Broadway revival of Equus, where she played the role of Jill Mason alongside established actors Alan Strang and Daniel Radcliffe. This role in particular was described by her as risky and very uncomfortable, especially when it came to the role of nudity. However, she had to acquire a lot of psyches to bring her cast character to life.

ALSO READ: Who is Sheryl Underwood Husband? Her Net Worth, Sister, Age, Family

In 2008 she got a role in the pilot episode of the ABC television play called “Cashmere”. Soon she was cast as Sarah Newlin in the second season of the HBO vampire TV series “True Blood”. This was the role that extended her fame beyond the borders and made her one of the many fan favorites of the series. Her performances on the show also earned her a nomination for the SAG Awards in the category “Outstanding Performance by an Ensemble in a Drama Series”. It’s worth mentioning that Anna originally auditioned for the role of Sookie Stackhouse in “True Blood” but was instead cast as Sarah Newlin.

In 2011, she appeared in the Zach Braff play entitled “All New People” and played alongside stars like Krysten Ritter and Justin Bartha. In 2012 she would get one of her biggest and most career-promoting roles in the musical-comedy film series Pitch Perfect (2012, 2015, and 2017), in which she appeared as Aubrey Posen. Currently Anna Camp has a recurring role as Deirdre Robespierre in Netflix’ Unbreakable Kimmy Schmidt.

Anna must have been a heartbreaker at a young age, and we suspect that she is still a heartbreaker at a more mature age. Her beauty is a beauty that echoed gracefully on the screen from the very first appearance, which is no wonder that she is the crush of many men. Some of these men were lucky enough to either go out with her or marry her.

Anna began dating her actor colleague Michael Mosley in the first quarter of 2008, and in September of the same year, they became engaged. The couple had to wait another two years before they could finally walk down the aisle to be officially married in 2010. Unfortunately, as with most Hollywood marriages, Anna Camp and Mosley’s union ran into a number of problems, leading to a divorce in 2013.

After the divorce, Anna Camp entered into a relationship with Skylar Astin, a co-star of hers in the box office hit “Pitch Perfect” in 2013. After a three-year relationship, the two got engaged in January 2016 and got married in September of the same year. Interestingly, the couple appeared as a couple in one episode of the series, Ground Floor.