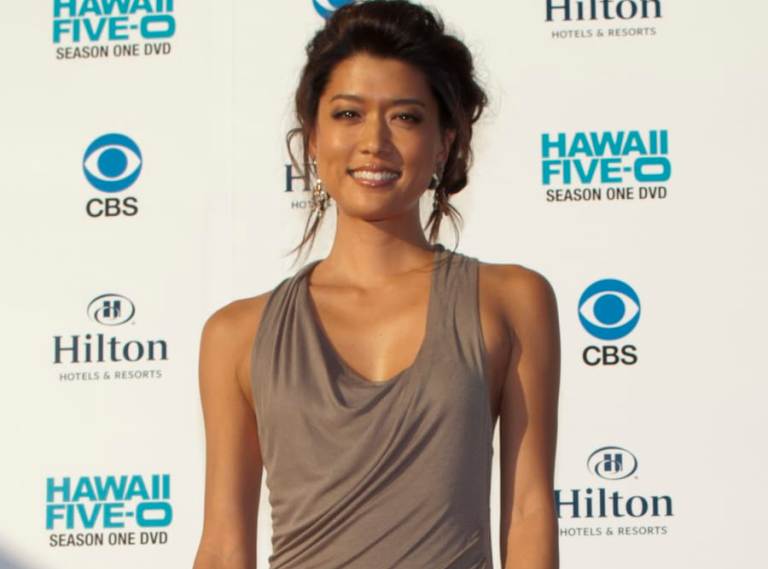 As a multi-talented, versatile, and smart actress and model, Grace Park’s hard work and diligence have made her a prominent figure in the entertainment industry. Grace Park is an American-born Canadian actress of Korean descent. The former model was born on March 14, 1974, in Los Angeles, California, and grew up in Kerrisdale, Vancouver, after her parents moved to Canada when Grace was only one year and ten months old.

Since she was still an infant at the time, it was easy for her parents to obtain Canadian citizenship status for her, so Grace Park was granted dual citizenship status. Although her parents’ names are not mentioned, she comes from a moderate family and attended Magee Secondary School, which she graduated from in 1992. After high school, Grace Park enrolled in college education at the University of British Columbia and graduated with a bachelor’s degree in psychology.

Grace Park did not start in show business as the actress she is widely known today, but she started as a model. Because of her elegant and robust appearance, her mother suggested she try it as a means of paying the bills. She tried it and it was a successful attempt. Even though she never made it to Milan, Paris, or New York as a supermodel, Park made it to Hong Kong and worked as a model while becoming an actress.

The Canadian teen television show Edgemont, which was broadcast by CBC (2001-2005), was often seen as a prelude to burgeoning actors and actresses, and Park was no exception. She was given a role in the show, which focused on the trendy issues in the daily lives of Canadian teenagers. She interpreted the character of high school student Shannon Ng and appeared in 69 of the 70 episodes of the teen drama series.

ALSO READ: What is Chandra Wilson’s Net Worth, Who Is Her Husband, Here are Facts

She also played a small role in the 2000 film Romeo Must Die, starring legendary martial artist Jet Li and the late pop singer Aaliyah. Park played the role of an Asian lady-loving stripper in the film, which was her first movie role, and from then on she would never look back. However, although she has had more than 30 appearances on the big screen (both in movies and on television), she is most popular for her performances as the leading lady, Sharon “Boomer” Valerii, and Sharon “Athena” Agathon in Battlestar Galactica (2004-2009) and as Officer Kono Kalakaua (another leading role) in Hawaii Five-0 (2010-2017).

Her smooth interpretation of her role in the science fiction series Battlestar Galactica was astonishing, as up-and-coming talent would naturally avoid such roles, but instead of turning away from the opportunity, Park grabbed it and made himself a star with the film.

According to sources, Grace Park has an estimated net worth of $8 million. Her acting career may not have quite taken off yet, but her roles in the sci-fi movies she starred in have brought her this far. And it’s very likely that her value will continue to rise as she grows in the industry.

Yes, Grace Park is married. With the former model and Hawaii Five-0 star, her relationship status has changed since 2004. Her partner has become her husband, Phil Kim is involved in real estate development, and he says he finds Grace Park “very fascinating”. The timing of their relationship before their wedding is not known. However, the lovebirds are now parents, as they were blessed with a son born in October 2013.

Although she has not said anything about it, there are rumors that Park is divorced. It is said that she was married to Phil Kim before her current marriage.

Grace Park left the Hawaii Five-0 occupation in 2017 due to payment imbalances between her and her co-stars. She claimed that she was paid 10-15% less than her co-stars and that she was not alone, as her Asian colleague Daniel Dae Kim left the show for the same reason. Her retirement from the show ended in 2017.

Her roles in Hawaii Five-0 as Kono Kalakaua and in Battlestar Galactica as Sharon Valerii and Sharon Agathon were played by men in the original adaptations.

Grace Park was inducted into the Asian Hall of Fame in 2014.

Park has dual citizenship. She is an American and Canadian citizen.

She is also multilingual, speaking English, Korean, French, and Cantonese. However, she is not fluent in the latter two languages.

Originally she wanted to study architecture at college, but she cannot explain how she got a degree in psychology from the University of British Columbia.