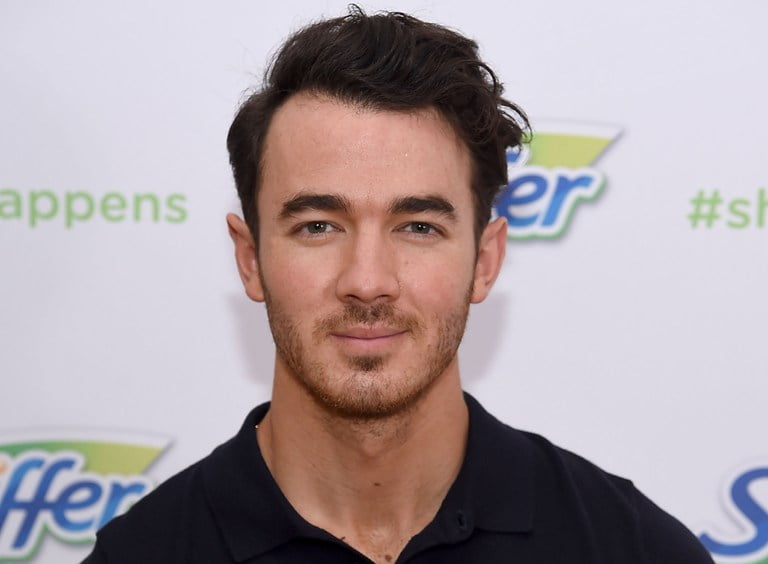 When the Jonas Brothers (consisting of Kevin, Joe and Nick Jonas) released their second studio album in 2007, it heralded the beginning of a golden era in which the band achieved overwhelming success. The group also cultivated legions of fans around the world who fervently believed and hoped that their beloved band would continue forever. But like most boy bands, the Jonas Brothers disbanded in 2013. Since then, Joe and Nick have built a flourishing solo career, while the oldest Jonas, Kevin, has largely retired from the limelight. Many fans have been wondering where he is and what he has been up to ever since. Are you one of the curious cats? Then read on and discover all the answers right here.

Paul Kevin Jonas II was born on 5 November 1987 in Teaneck, New Jersey. He and his brothers come from a musically oriented family. Their father, Paul Kevin Sr. is a songwriter and musician, while their mother, Denise Marise, is a singer and teacher. Against this background, Kevin and his brothers surprisingly mastered several instruments at an early age. They also began making music together and their first single Please Be Mine earned them a Columbia Records record deal in 2007.

In August 2006 the Jonas Brothers released their first studio album It’s About Time. The album didn’t make much difference, but the brothers remained unimpressed. They changed the record company and dropped their second studio album of the same name a year later. The album was a huge success and reached number 5 of the Billboard Top 200 charts. It also scored several hit singles, including S.O.S, Year 3000 and When You Look Me in the Eyes. After their breakthrough, Kevin Jonas and his brothers released more albums that stormed the charts. They were also involved in several Disney productions before they split up in 2013 due to creative differences.

Fortunately for music fans, the Jonas brothers made a triumphant comeback in 2019 after a six-year interruption. They dropped a well-received Amazon documentary entitled Chasing Happiness. They also dropped a successful studio album called Happiness Begins, which debuted at the top of the Billboard Top 200 Album Chart. It also produced several hits, including Sucker, which won the best pop at the MTV VMAs 2019. Additionally, Kevin Jonas and his brothers have also toured extensively since their comeback.

Family life of the singer

Jonas with wife Danielle and their two daughters Picture source
Kevin Jonas is happily married to Danielle Jonas, née Deleasa, a compatriot from New Jersey. Danielle is a former professional hairdresser who has transformed herself into a jewelry designer and entrepreneur. And how did the couple’s love story develop? Legend has it that Kevin first met his wife when their respective families were vacationing in the Bahamas in May 2007. He immediately fell in love with her and they finally started dating. They dated for almost two years before they became engaged in July 2009. The couple then made the Covenant of Life on December 19 of the same year.

Before their wedding, many people expressed their concern that they were still quite young. But the lovebirds remained stubborn and proved the pessimists wrong. Their union lasted a decade, during which they took in two daughters – Alena Rose, born in February 2014 and Valentina Angelina, born in October 2016. The couple also maintained a stable and scandal-free marriage. In December 2019, Jonas used his Instagram account to celebrate their 10th wedding anniversary. He described his wife as his “best friend” and “eternal love” and declared that she made him a better and stronger person.

How much is Kevin Jonas Worth?

Kevin Jonas has an estimated net worth of 20 million dollars. A significant part of this comes from his music career. During their heyday, the Jonas Brothers sold no less than 50 million records. They also sold out several concerts and generated millions of dollars in revenues. Another important source of Jonas’ wealth is his various business ventures. The singer is CEO of several companies, including JonasWerner, a real estate development company based in New Jersey. He is also the founder of The Blu Market and PhilyMack Games. The former helps emerging social media influencers build a massive fan base, while the latter is a game development company that creates mobile games for interested artists and other entertainers.

Finally, I’d like to mention that Jonas is also tapping into the technology industry as he has launched an app called Yood. Yood is a location-based search application that helps users discover nearby restaurants that serve the dish they crave.

ALSO READ: The Untold Truth of Kelly Hu and Her Rise To Stardom

Where is Kevin Jonas Now?

After the Jonas Brothers disbanded, Joe and Nick continued their musical career. Nick released two highly acclaimed solo albums, while Joe became the lead singer of a successful pop-funk band called DNCE. However, Kevin went in a completely different way. The oldest brother Jonas tried his hand in the real estate business and founded a development company called JonasWerner. He also led several other business initiatives such as The BluMarket and PhilyMack Games. However, with the comeback of the Jonas Brothers in 2019, Kevin returns to his musical roots. His wife has since expressed her joy at this and says she is delighted that her daughters can see Daddy in his true element.