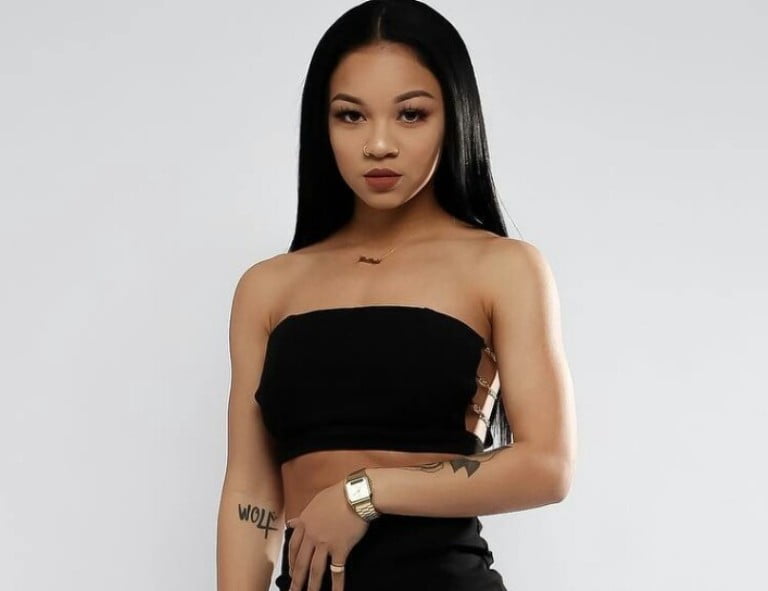 Wolftyla is a popular social media sensation that is best known for its short music videos on Vine and other social media platforms. As a talented star, her impressive roles and achievements in the Internet community have made her an important source of inspiration for the younger generation.

Wolftyla owes her meteoric rise to her hit “Feels”, the biggest of all her projects. The success she now enjoys is also due to her mother – Viner’s mother is her biggest fan and has been there for her from the beginning of her career.

In addition to the popularity that Feels has brought her, the internet sensation is also famous for her commendable performances and influential roles in her group – The Wolf Pack, popularly known as the WolfMovement.

Wolftyla reportedly founded the movement after her victory over a clinical depression that nearly brought her to her knees. As it turned out, the movement was founded to promote positivity in the lives of young men and women and also to spread love among all, especially among rising stars.

Currently, Wolftyla works as a songwriter and singer for a music company called Interscope Records. In her short time in the industry, she has been on stage with well-known artists like Monty, Party Next Door, and PND Rock. She was also featured in the music video Say it, which was shot by singer Tory Lanez.

Wolftyla seems very interested in becoming an international personality in the near future. In a recent interview, the aspiring star stated that she would like to work with celebrity singers such as Chris Brown, Kodie Shane, Dreezy, Ljay Currie, Rihanna, 070 Shake, Lil Uzi Vert, Ski Mask the Slump God, Tory Lanez, and many others.

ALSO READ: Is Wayne Brady Gay Or Married To A Wife? Net Worth, Height, Age, Daughter

The social media sensation Wolftyla was born on June 1, 1996, in Queens, New York. It is speculated that her real name is Tyla Parham. She is half African-American and half Korean. The identities of her parents, siblings, and relationships are not publicly available, but we have determined that her father was absent in her earliest days of life. Wolftyla herself has never divulged their names, although she often shows her mother’s pictures on Instagram.

It is assumed that Parham attended a grammar school in her birthplace, where she probably spent her childhood. In 2015 she began studying at New York University. After graduating from university, she earned a degree in business marketing.

Here’s Everything You Need To Know

1. In addition to her six-second videos, which deal with comedy, random questions, and awareness of mental health issues, Wolftyla also makes inspiring videos. Some of her remarkable inspiring videos are 11 ways to deal with social anxiety, How to be happy, etc.

2. Feels currently has more than 7 million tracks on Sound Cloud. The piece is best considered as her breakout hit, as it was the project that brought her into the spotlight and also took her to places she could never have imagined in life.

3. Wolftyla is not only a household name on Vine, but also on Periscope, musical.ly, Twitter, Sound Cloud, and Instagram. On these social media platforms, she enjoys a large fan base.

4. Her mother was the first person who encouraged her to try her passion (music) This explains why she often dedicates her success to her. In fact, Wolftyla considers her as her idol.

ALSO READ: Who Is Arnelle Simpson (O.J Simpson’s Daughter), Where Is She Today?

5. The half-Korean star was signed together with DJ Ebro and Angela Yee

7. In 2016, the pop singer’s former girlfriend, Kehlani, was taken to hospital after a failed assassination attempt. Ashley was born on April 24, 1995, as Kehlani Ashley Parrish and is a prominent singer, dancer, and songwriter.

8. The sun sign of the New York fashion-conscious is Gemini.

9. Wolftyla is also good at basketball. She joined her high school basketball team in the 7th grade.

10. She has a website called Wolftyla.com where she shares information about her life and experiences in the music industry.