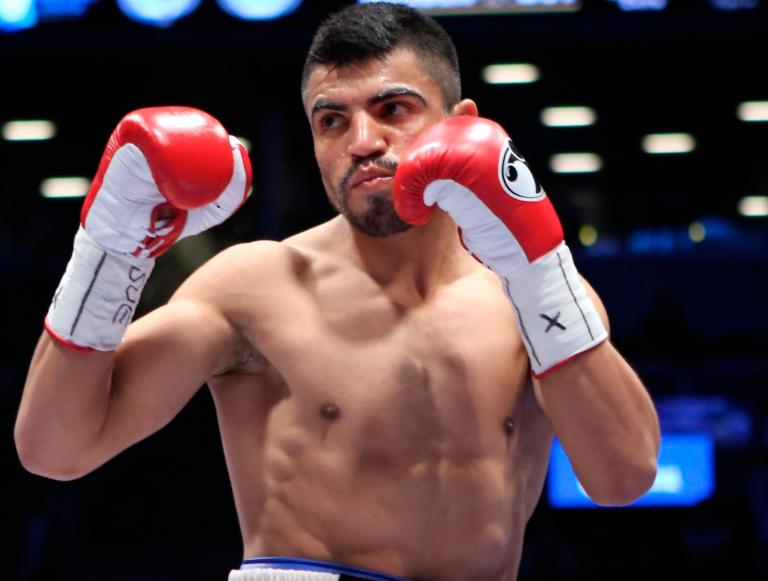 Victor Ortiz is a professional boxer who fights in the lightweight and welterweight class. The former WBC welterweight titleholder holds a Southern position and is known for his crowd-pulling and aggressive fighting style.

In addition to boxing, Ortiz has also tried his hand at acting and can be seen in films such as The Expendables 3 (2014) and Southpaw (2015).

Victor Ortiz was born on January 31, 1987, in Garden City, Kansas, to Mexican immigrant parents. At a very young age, Ortiz began boxing, which he hoped to use as a way out of poverty. He trained at the Salvation Army’s Red Shield Community Center, where he attracted the attention of former heavyweight boxer Ron Lyle.

Under Lyle’s mentorship, Ortiz learned valuable lessons that helped him win an AAU national junior tournament in 2002 with a perfect 5-0 record. He then connected with former IBF Super Featherweight Champion Roberto Garcia, who became his legal guardian when the teenager moved to live with him in Oxnard, California. Ortiz completed his high school education at Pacifica High School while he trained at the La Colonia youth boxing club.

In 2003, Victor Ortiz participated in the national championships of the Police Athletic League, which he won. He tried his hand for the Olympic boxing team of the United States but did not manage to make the cut. However, the following year, at the age of only eighteen, he decided to become a professional. He won his first seven fights before he was disqualified by Corey Alarcon after he knocked him down once.

Despite this defeat, Ortiz was able to set a total record of 24 wins and 1 draw as he received the “Boxing Prospect of the Year 2008” award from ESPN. In June 2009, however, he suffered the second defeat in his career in the fight for the interim title in the WBA Light Welterweight Division against the undefeated Marcos Rene Maidana. After that fight, Ortiz put together an unbeaten series of eight games before going on to face Floyd Mayweather Jr. in September 2011. Since then he has lost three more fights, won three, and drawn one.

Victor Ortiz had a very difficult childhood. His parents, who were Mexican immigrants as mentioned above, and it was difficult for them to provide for their family. The situation became even worse later after Ortiz’s mother left him, his three siblings, and his father when he was just seven years old. As a result, they were at the mercy of their father, who took refuge not only in alcohol abuse but also in his children.

About five years after his mother left him, Ortiz’s father followed suit and left his young children to fend for themselves. According to reports, they worked in cornfields to earn enough money to eat before they were later placed in a foster family. Ortiz and his siblings spent about four years in foster care until their older sister Carmen legally grew up and was able to adopt her siblings.

We cannot confirm whether Victor Ortiz is married, but he has a partner he has been with for a long time, hence the confusion. The boxer was in a long-term relationship with Deborah Mather, with whom he shares a child. The couple welcomed their son, Royal Ortiz, sometime in January 2017.

Nothing is known about Deborah Mather, nor is it clear exactly when the couple began to meet, as Ortiz was previously connected to another person. Ortiz is said to have once dated professional dancer Lindsay Arnold, who danced alongside him on the reality TV show Dancing with the Stars in 2013. However, the rumors fell silent after Arnold married another woman in 2015.

Victor Ortiz has come a long way after working in a cornfield to make ends meet. The former WBC welterweight titleholder is said to have a net worth of around $7 million today. He was able to accumulate most of his fortune through his numerous fights and the few film reels he was able to grab. It’s not clear how much Ortiz earns per fight or per movie, but in the 2011 fight against Floyd Mayweather Jr., he made 2.5 million dollars.