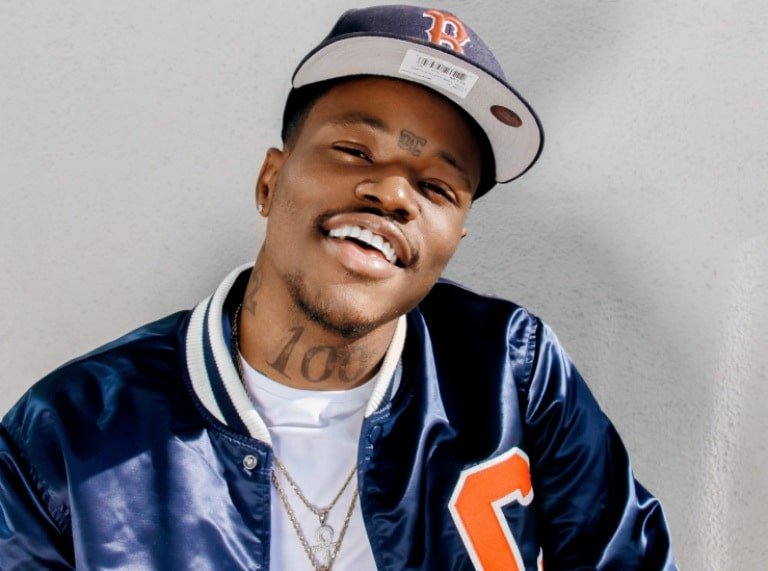 Today, social media has become a new platform where you can influence and quickly gain fame and popularity. Actors, comedians, presenters, singers, rappers, and social media personalities like Dc Young Fly are already on their way to fame and popularity through social media platforms like YouTube, Instagram, and the now-defunct social media app Vine. Dc Young was one of the first to launch Vining at the beginning of the platform in 2013. He gathered a total of 800,000 followers on Vine when the app was shut down and has since established himself as a YouTube personality.

The multi-talented artist is primarily interested in comedy, which he developed from his comedic traits from his formative years, culminating in Vine comedy. The artist’s comedy style consists of roasting people from pop culture, and sometimes he roasts himself. The vine comedian coined peculiar slogans like “Fawwwkumean” and “Bring dat ass hea boi”, which he used when roasting celebrities like Meek Mill, Kevin Hart, Drake, and Lebron James.

The YouTuber has a natural charisma that attracts fans from near and far, and as a result, DC Young Fly has gained a fan base of six million people on its Instagram page. His hilarious videos are in vogue in social media, and his funny bone skills received more publicity when he was a recurring guest on the popular MTV show Wild and Out, hosted by Nick Cannon. He is the host of the network’s TRL show and has teamed up with the hashtags #hoodcomedy and #TeamIgnant.

The Internet star Dc Young Fly was born on May 2, 1992, in Atlanta Georgia as John Whitfield. He is an American nationality of African-American descent and grew up as the youngest of seven children in the Adamsville district of Atlanta, but the identity of his family members is not known.

The budding comedian graduated from Benjamin E. Mays High School, where he honed his comedic skills. Dc Young Fly, who always had something mischievous up his sleeve, as seen in the light of the class clown. He got his nickname “Dc Young Fly” from his love of DC comics, which he always read, especially when he went to the bathroom. After completing his high school education, the mischievous, troublemaking fly headed to the Armstrong campus of Georgetown Southern University for further studies.

Later, the mischievous comedian established his skills as a comedian in social media and got into trouble when a social feud broke out between him and Kevin Hart, whom he had grilled. Kevin, for his part, registered his displeasure by reacting quickly to the roast. The feud provided a lot of entertainment for the audience and even catapulted Dc Young Fly to the next level of fame.

The rapper, vine comedian, and YouTube personality has gained much popularity through his various professions, but his current fortune has not yet been made available to the public through his popularity with fans – a natural indication of excellent financial stability.

DC Young Fly Family: Who Are They?

Information about the identity of the comedian’s parents is not available, but he has introduced his mother in some of his YouTube videos. One notable example was a YouTube video in which he surprised his mother with the gift of a brand-new Mercedes-Benz.

Other members of his family include two sisters and his late brother, a hip-hop artist popularly known as Da Crew, who was killed in 2011. After the death of his brother, Dc Young Fly honored him with a new tattoo on his forehead.

As for the social media personality’s relationship status, he is in an openly romantic relationship with his baby mama, Mrs. Jacky Oh, a successful model who also owns a make-up line.

Dc Young Fly, who by nature has been open about his life and relationship status and has never missed an opportunity to show off his affair with Jacky on his Instagram page. The couple has been together for some time and they have a daughter called Nova, born on October 29, 2016. The obvious question on the lips of the fans is now whether the duo will continue their relationship until the final conclusion of the marriage. The versatile artist currently lives with his family in LA.