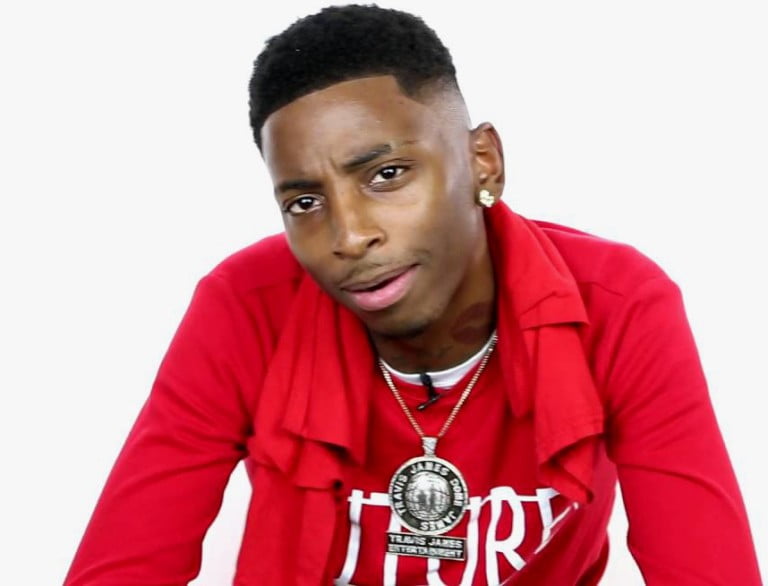 One thing you should know about 22 Savage is that he is definitely a completely different person than the more popular 21 Savage in terms of personality, although most of his musical success is due to the fact that he rode the waves of 21’s success.

This person was born and raised on the street. He started out as a comedian and eventually worked his way into the music industry, and according to the rapper, he’s not going anywhere that fast.

22 Savage, who was born on October 8, 1996, is perhaps aided by the fact that he bears an uncanny resemblance to 21 and also sounds like him. Since his appearance, he has become something of a viral sensation online and has reaffirmed several times that he is pursuing a music career under the name 22 Savage. He has also talked about being a much better presenter than 21 Savage, who is five years older than him.

ALSO READ: Is Don Lemon Of CNN Gay? Who Is The Partner, Boyfriend Or Husband, Salary, Net Worth

22 Savage, whose real name is MacArthur Johnson, has it all, from a story in spitting bars to social media virality to an almost enviable rap sheet. The latter may also have contributed significantly to his success as a rapper. To really understand the true 22 Savage, read on!

Here’s everything you need to know about 22 Savage

1. 22 Savage started out as a social media comedian

Before his epiphany “22 Savage” and the subsequent rap success it brought him, MacArthur began a career in social media as a comedian. He earned a relatively prominent reputation among his growing fan base, particularly in his hometown of Baton Rouge and other nearby communities. Savage, who was still in high school at the time, was known for creating various types of content from memes to short video skits and impressions. He performed under the different pseudonyms Funny Ass Mike and GirlHeFunny. In many of his videos, he performed with his friend and brother known as Wings. They were often called Mike & Wings or Wings & Mike by the fans. The two are actually half-brothers because they have the same mother.

2. MacArthur was Mighty Mike before he was 22 Savage

While Johnson spent his time building a reputation as a comedian, he also found time to build a rap career and rap under the name Mighty Mike. He signed under the Baton Rouge indie label Travis James Entertainment and released his first single, Hit that Bit for the Gram, in November 2015. In March 2016 he released a video of the song, which he had deliberately designed for viral online success. His plan worked because the song inspired many dance videos on video platforms such as YouTube, Vine, and Instagram. The video was viewed over 400,000 times by the end of 2016.

After Mighty Mike, MacArthur built a rap career with 21 Savage as a case study. But he wasn’t just inspired by 21’s rap name. The title of his first song under this name was No Heart in August 2016, which was synonymous with one of the most successful tracks on 21 Savage’s Savage Mode project. MacArthur also decided that his first studio project should also be called Savage Mode.

At the time of this murder charge, the then 19-year-old Mwasrthur was still called Mighty Mike. In May 2016 he was arrested and charged with second-degree murder, obstruction of justice, and illegal use of firearms. The victim was a budding rapper who was killed in the parking lot of a grocery store in Baker, Los Angeles. It was reported that the victim and 22 people had an argument over a flyer while they were in the store, but settled their dispute without violence.

Then the victim approached MacArthur in the parking lot while he was in the passenger seat of a friend’s car. This second altercation ended with the other rapper being shot in the chest. MacArthur revealed to reporters on his way to a court hearing that he was innocent and acted in self-defense.

5. He has moved on to another moniker

Maybe it was because he felt that the name carried him as far as he could, or maybe he wanted to be taken more seriously as a rapper and bring his own authentic sound to his audience. But for whatever reason, in the first week of February 2017, 22 Savage hopped on his Twitter account to announce that he had changed his name from 22 Savage to Young 22. He gave no reason for the change.

What is 22 Savage’s Net Worth?

The rapper claims to have made money long before he even thought about rapping. This claim was supported by several factors, including the fact that the rapper was able to post bail for his murder charge, which was set at $370,000. He was also seen bragging about some big bundles of cash in some of his videos. Several unchecked sources put his net worth at $250,000, but it is unclear exactly how much the rapper is worth.