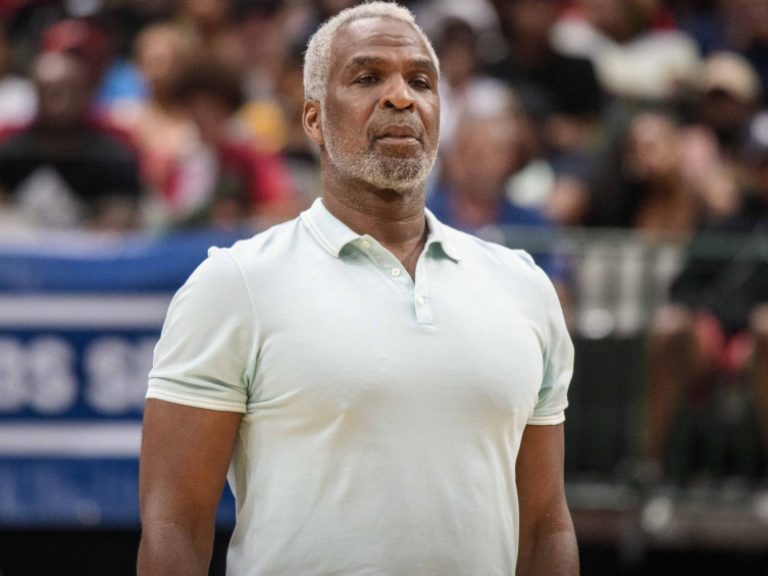 He may be retired, but Charles Oakley is not a name to overlook in the National Basketball Association (NBA). The former American professional basketball player, who played as a power forward, has played on various teams in the league, including the Chicago Bulls, New York Knicks, Toronto Raptors, and many others.

After nearly 20 years in the league, Oakley took a bow in 2004 and celebrated a glorious return to the BIG3 league in 2017, with 3-on-3 basketball at its heart. Oakley has achieved great success in his professional career and set amazing records for his successors. There is so much more to learn about the career and life after the career of the renowned NBA player. Here are some lesser-known facts about him.

He was born on December 18, 1963, in Cleveland, Ohio, the son of his parents. Always a sports enthusiast, Chares Oakley began showing his passion for basketball at a young age. He attended John Hay High School in Cleaveland Ohio and played on the school team. After high school, Oakley went to Virginia Union University, where he excelled on the school’s basketball team.

As a pioneer of the game, Oakley participated in the first NBA draft of the lottery era in 1985. He was selected by the Cleveland Cavaliers in the first round of the 1985 NBA Draft with the 9th overall selection, but his rights were sold to the Chicago Bulls, then led by Michael Jordan. He was entrusted with the task of protecting Jordan from opponents and also had excellent defensive and offensive records on the team. In 1988, Oakley was sold by the Bulls to the New York Knicks and played alongside NBA star John Starks, Mark Jackson, and many others. Oakley was known as a defensive specialist with the Knicks and had 107 starts in one season.

In 1998, he was again transferred to the Toronto Raptors and achieved impressive records in the team. Charles Oakley returned to the Chicago Bulls in 2001 after being transferred to the Raptors. Oakley made the most of his year with the Bulls. At the start of 36 of 57 games, he recorded 6 rebounds, 2 assists, and 3.8 points as an average per game. Oakley spent his last days in the league with the Houston Rockets in the 2003/04 season and after posting 1.3 points per game, 0.7 rebounds, and 0.3 assists as his average per game, he retired from the NBA after that season.

He provided coaching services to Charlotte Bobcats, where he became an assistant coach in October 2010 but left the following year for health reasons.

Oakley ventured into business and entrepreneurship after his career, using his income to make wise investments. After his retirement, the former Bulls player set about starting several companies. Some of his businesses are Oakley’s Car Wash, Oakley’s Wash House, a combined laundry and car wash, a beauty salon – Hair Solutions and Nails EtCetera, a restaurant – Red, the Steakhouse, and many others.

Not much is known about the parents of the retired NBA player, but Charles was born the son of Charles Oakley II, his father, and Corine Oakley, his mother. Charles has one brother Curtis and two sisters, Saralene Oakley and Diane Oakley.

Maybe it was because of his busy schedule during his professional career or because Oakley simply didn’t give love a chance at a young age, but the retired NBA player decided to settle down long after his retirement. Oakley is married to Angela Reed. After a few years together, the couple married in 2016, ending Oakley’s long years of bachelorhood. Together they have a daughter named Ahmauri Anderson.

Reed, who is from Harvey, Illinois, is a respected businesswoman and co-owner of several businesses with her husband. Mrs. Oakley founded A Lucrative Life – a financial boutique and financial lifestyle consulting firm – together with a former NBA player. In addition to being a financial advisor, Reed Oakley is a businesswoman known for her unparalleled expertise in wealth management, accounting, and tax preparation.

For a basketball player height of 2.03 m (6ft 8in) is a big plus and of great advantage. Charles Oakley has a proportional weight of 111 kg or 244 lbs that fits his height. There are no specific body statistics for the retired NBA player.