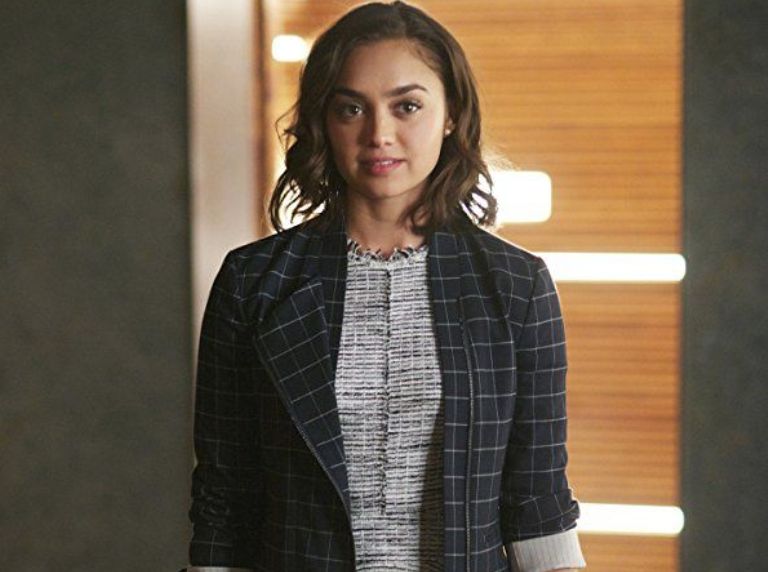 It is not every day that you can easily meet an actor or actress with the racial and cultural background of Shazi Raja, who is well established in the entertainment industry. Shazi and several others like her have proven that, against all odds, talent is the most important factor for success in the fast-paced Hollywood industry.

She first gave the public a tip of the iceberg about what she is capable of as an actress in the HBO television series entitled High Maintenance. In the series she portrayed Eesha. Then came her role as Ananya in the comedy-drama movie Brad’s Status. The latter role made her a household name in the entertainment industry and earned her numerous roles in other film and television projects.

Suffice it to say that Shazi Raja’s acting performances have made her famous, but there is more of her that we will saturate you with in the following paragraphs.

Shazi Raja is an American actress who is originally from Rawalpindi, Pakistan. So she is of South Asian ethnicity, while her nationality is American. The actress was born and raised in Houston, Texas, where she was known by her birth name – Alina Sheherzad Akhtar Raja.

Growing up, Shazi’s childhood story is not too different from that of many other actresses. She became interested in art at a tender age and was hardly ever absent from the art programs of her school. Her passion for the arts did not disappear with age, and she even chose to pursue a formal college education in the visual arts with a focus on acting. Shazi Raja studied at Rutgers University and graduated from the State University of New Jersey with a Bachelor of Fine Arts (acting).

Raja’s first professional acting job after college was her role as Talisha in the production of Kirsten Greenidge’s Milk Like Sugar by the Huntington Theatre Company. Her performance on stage here earned her the Best Actress award from the Independent Reviewers of New England.

She then secured a role as an actress in 2016 in the television series HBO TV Series, High Maintenance. In the series, Shazi Raja played the role of Eesha in only 2 episodes, but as it turned out, that was really all she needed to leave film directors, television directors, and the general television audience to see more of her.

The Pakistan-born American actress expanded her acting portfolio to include the 2017 American comedy-drama film “Brad’s Status”, and when film director Mike White met her, he knew immediately that Shazi Raja was the perfect and natural actress for his Indian-American character Ananya. In this film, Shazi had the privilege of working alongside Jemaine Clement, Ben Stiller, Jenna Fischer, Michael Sheen, Luke Wilson, and others.

The following year, Shazi starred as Amanda Neel in the American television series Salvation. This was followed shortly after by her portrayal of Angela in a horror thriller movie called The Haunt (2017).

As for her family, it is reported that her parents are South Asian immigrants to the United States. However, none of these reports have been able to provide a verifiable identity of who they are, what their names are, and where they are now. Likewise, there are no reports yet on whether the actress has siblings or not. Although we will not jump to the conclusion that she is an only child, we can conclude that her family members are satisfied with the success she has had in her career.

Facts About The Actress

At the moment Shazi Raja has a lot of reasons in her career that need to be covered. The good news is that with every new role she takes on, she is exceeding her expectations by far. For this, the actress has also given her bank a smile. According to reports, she earns over $50,000 a year, which brings her net worth to over $500,000.

ALSO READ: Alice Goodwin Bio – 5 Interesting Facts You Must Know About The Model

It cannot be denied that Shazi Raja, as a colored person, was not confronted with her own share of discrimination. The actress revealed that she felt out of place with herself. She was neither brown enough for her brown family nor white enough for her white family. Well, seeing how well she is doing in her career and how well accepted she is, Shazi Raja may now be living above this pain.

Shazi Raja is reportedly in a relationship with actor Christian Navarro, who starred in 13 Reasons Why. The actress hinted at her relationship with a birthday message she wrote for the actor that read: “Happy Birthday baby ily”. However, while we waited for one or both of them to confirm the relationship, rumors were circulating in 2017 that they were no longer together. This happened after a revelation made by the actor in an interview with PopSugar. He told his interviewer that he and his girlfriend (probably Shazi Raja) had broken up in 2017.