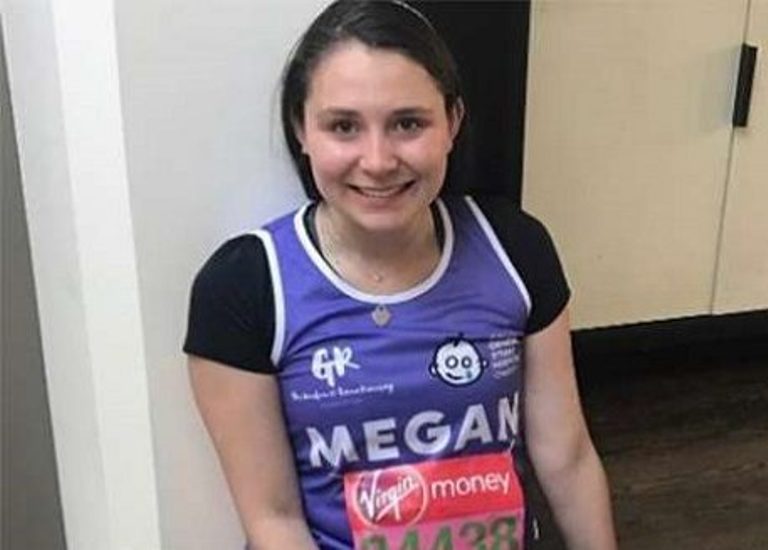 Don’t you just wish you were a celebrity kid? It’s the best feeling a child can have growing up, as it brings great and unlimited benefits. These children are born with a silver spoon, and they experience little or no of the difficulties that an average child faces because they are usually surrounded by power, fame, and most importantly, money. These powerful celebrity children include Megan Jane Ramsay, the daughter of the famous British chef and TV personality Gordon Ramsay.

Megan Jane Ramsay is the first daughter of Gordon and his wife Tana. She is beautiful and intelligent and has two sisters and a brother. The family stays together in the United States.

Let us take a look at some interesting facts about Gordon Ramsay’s daughter.

Facts You Must Know About Gordon Ramsay Daughter

1. She is the Eldest Child of the celebrity chef Gordon Ramsay and his wife, Tana Ramsay

Megan Jane Ramsay was born on 16 May 1998 as the daughter of British celebrity chef Gordon Ramsay and his wife Tana Ramsay. Gordon is best known as the host of popular television shows about competition cooking and eating, such as Hell’s Kitchen, F Word, Master Chef, and Ramsay’s Kitchen Nightmares, while his wife, Tana Ramsay, is a trained teacher, although she no longer teaches.

The couple married on 21 December 1996 and they were never separated. Following his remarkable impact and creativity, he has accumulated a lot of wealth from his cooking career. He was ranked by Forbes as the most deserving celebrity of the 21st century in the world.

Megan has three younger siblings – Matilda Elizabeth Ramsay and twins named Holly Anna Ramsay and Jack Scott Ramsay. Her younger sister, popularly known as Tilly Ramsay, is a British actress and television chef based in the UK and the United States.

2. Gordon Paid Her Younger Brother to Spy on Her

Out of love for his daughter, Gordon has taken serious measures to pay close attention to his daughter Megan and her school activities as well as her private life. It is reported that in 2016 the British chef paid his only son Jack to spy on his older sister Megan and bring back reports of her activities. However, Gordon admitted that he pays Jack $100 a week to watch Megan’s online photos.

Previously, Gordon had implanted a hidden camera in his daughter’s room to monitor her activities. Jack also alerted her to a picture posted on Facebook showing Megan with a boy. Gordon confronted her daughter, whereupon he discovered that it was his daughter’s girlfriend. Now, we don’t know how long that could go on because Megan’s come of age.

3. Megan Jane Ramsay Whole Family is into the Food Business

Gordon Ramsay is so creative and dynamic when it comes to cooking. The TV personality hosts the show known as Master Chef Junior, where he inspires and encourages young talent to become his partners.

Megan, like her other siblings, has been a guest on the show several times. Her younger sister Tilly developed an interest in food and cooking at a very tender age, taking after her father. She is also the author of several cookbooks and has her own show called Matilda and Ramsay Bunch, which is broadcast on CBBC. Her mother, Tana, has also appeared as a judge in several episodes of Masterchef.

4. Megan Jane Ramsay Has More than 100,000 Followers on Instagram

The young celebrity has achieved fame in social media, including Instagram, where she has a large number of followers. Currently, her popularity is increasing and she has more than 100 thousand followers on the platform.

5. She Completed the 2017 London Marathon in Memory of her Brother Rocky

Megan Jane Ramsay took part in the London Marathon in 2017 in the loving memory of her brother Rocky. Her mother had suffered a miscarriage in June 2016 and lost her five-month pregnancy. After the loss, Megan informed her Instagram supporters in early 2017 that she would be participating in the London Marathon as a representative of the Great Ormond Street Hospital Charity.

In the end, however, the young celebrity surpassed the 2000 pounds she had set as the goal of her fundraising campaign. Her fans, as well as her family, donated generously, her parents donated £1000, while her twin siblings Holly and Jack donated £50 each. It was quite amazing how the daughter of the British chef was able to raise about £5000 to support the charity Ormond Street Hospital.