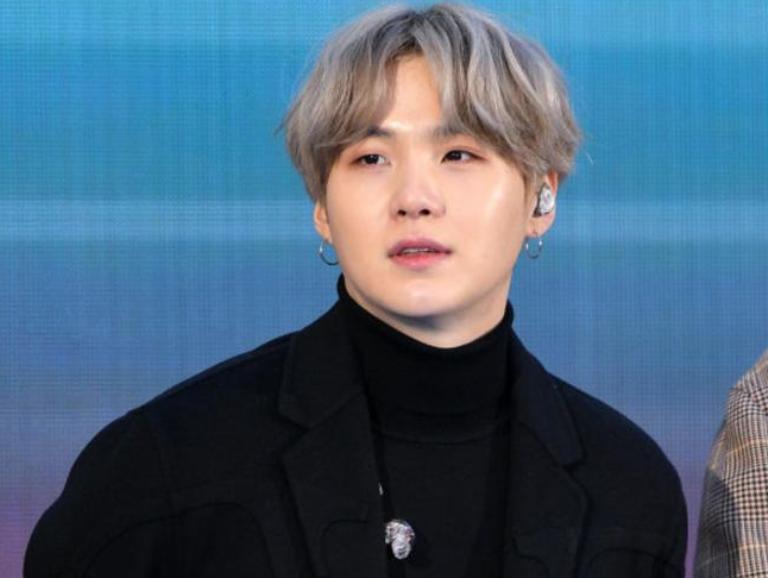 Min Yoongi is a South Korean rapper, singer, and songwriter known as a member of the K-pop group BTS, Bangtan Boys. The 1.75m tall rapper, popularly known by his nicknames Suga or August D, is the group’s lead rapper. He made his debut as a member of BTS on June 13th, 2013 on Mnet’s M! Countdown with the title No More Dream from their debut album 2 Cool 4 Stool.

Before joining BTS, he worked underground in a group called D-Town as a rapper under the name Gloss. While at D-Town, he released a song entitled 518-062 in commemoration of the Gwangju uprising in 2010, and Min appeared as a dancer in Jo Kwon’s music video I’m the One.

Min writes, composes, arranges, mixes, and masters his material. He has written many of BTS’ hits, including Jump, Tomorrow and Like, and his songwriting skills made the band the first K-Pop group to win a Billboard Award in 2017.

The group has won a number of awards and has performed at various events, including the Mnet Asian Music Awards (MAMA) and the Top Social Artist award at the Billboard Music Awards (BBMA). In 2014 they released a Japanese album called Wake Up and a South Korean recording called Dark and Wild.

Min is also a pianist and produces hip-hop music. He pays tribute to Epik High and his reggae hip-hop hybrid album Ragga Muffin for awakening his interest in the genre. Min has over 60 songs registered in his name with the Korea Music Copyright Association, and his lyrics are based on themes that are full of dreams and hopes, which aims to become the strength of the people. He has started a solo career and released his debut mixtape August D in 2016 and sees his music rule the world in 10 years.

Min Yoongi was born on 9 March 1993 in Daegu, South Korea, and has an older brother, Min Jun Ki, with whom he does not speak much. He attended Taejeon Primary School, Gwaneum Middle School, and Apgujeong High School. Min Yoongi started with music in grade 6, learned classical composition in middle school, and has been writing music ever since. He attended the Global Cyber University and majored in Broadcasting Performing Art.

Information about his parents cannot be gathered, as he hardly ever talks about them, but not without mentioning that he came from a poor parental home. His parents did not support him in his career choice in the beginning, and he would rather become a civil servant and lead a stable life. But they now give him their full support and have described him as a child worth being proud of.

Besides music, this star is also interested in basketball. During his school days, he won basketball games quite often and played every Sunday when he was a trainee. He mostly played as a point guard or shooting guard and is better at defense than at attack. His position as a shooting guard earned him his nickname Suga, which was coined from the first syllables. He is cute, nice, has a charming smile, and a tender look that fits his nickname.

His motto is: Let’s live with having fun. Making music as a hobby and doing it as work is different.