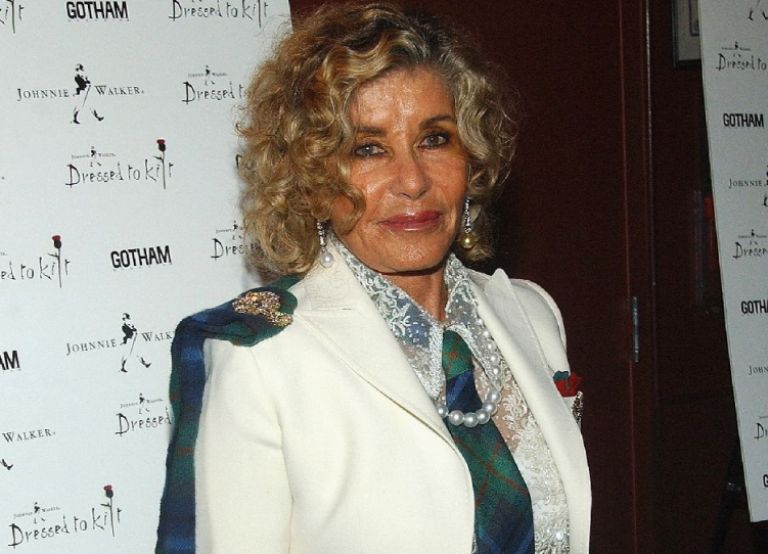 Before some people start belittling the achievements of Micheline Roquebrune, the wife of the Scottish actor Sean Connery, it is important to point out that Roquebrune made a name for herself as a renowned painter. Micheline is known for many works of art that have sold successfully, broken records, and earned her a lot of income. In the world of fine arts, she is known for her distinctive approach to applying techniques that are different from what is attainable in the mainstream.

A more interesting fact is that the prominent wife is also involved in the production of plays. Now for what everyone knows: Micheline Roquebrune is the second wife of legendary Hollywood actor Sean Connery. Not only is she the second wife, but she is also the one who has stayed with him the longest after she married him in 1975. Now that we’ve got that out of the way, there are more interesting facts about the actor’s wife that might be of interest to you. Here is everything you need to know about the veteran actor’s longtime wife.

Micheline Roquebrune was born on April 4, 1929, in Edinburgh, Scotland. She is of Moroccan and French descent and has mastered the French language from an early age. Spanish was another language she learned before she later became familiar with English. As a teenager, Micheline was very attracted to sports; golf, to be precise. The young Roquebrune already played in many golf tournaments as a teenager.

Interestingly, winning some of these tournaments did not erase her growing yearning for painting. When she was in her early 20s, she began to focus her attention on painting. Inspired by “Le Bonheur de Vivre” she developed her own approach, using simplified forms and unusual cut-outs in her paintings.

It started as a pure interest and on a small scale until she created enough paintings for her own exhibitions. Micheline then developed from a painter from next door to an international artist who traveled to different countries such as France, the USA, Greece, and many others and organized large exhibitions.

Although she made a career in painting, Micheline Roquebrune also tested the water in the film world, especially after meeting her husband Sean Connery. Together with Sean Connery, she appeared in a German documentary film in 2002 entitled Sean Connery, An Intimate Portrait. She also appeared in 2005 at 20.10 in Pétantes, a French talk show.

Micheline Roquebrune married Sean Connery in May 1975. The couple first met in Morocco in the early 1970s, when Micheline participated in a golf tournament. Sean, who was also a golfer, was then still married to his first wife, Diane Cilento.

A more interesting part of the story is that both of them immediately felt a spark when they met. In fact, according to Micheline, the day she met him, she had a dream in which they were together, and the next day they had sexual intercourse.

After the memorable moments during the tournament in March 1972, the two paths separated, only to make contact with each other a few years later. They quickly moved on to the next level and in 1975 they entered into the bond of marriage. Micheline Roquebrune, who was already a popular painter, continued to grow into the foreground, with all attention focused on her as she married the Hollywood giant.

The media attention was not only focused on Connery, but also on the fact that Micheline had already been married twice before her union with the actor. Micheline has no children with Sean, but from her previous marriages, she has three: Oliver, Micha, and Stéphane. Connery also has one child, Jason Connery with his first wife Diane Cilento.

Other Facts You Should Know

1. Micheline’s stepson, Jason Connery, and her own daughter Stéphane are very close in age and have become not only stepbrothers and stepsisters but also very close friends.

2. Sean Connery and Micheline have been married for over forty years and have lived together all that time. With several estates in their possession, they have lived in different places, including Scotland and Florida.

3. As mentioned above, Micheline Roquebrune has a great passion for painting. It is reported that she paints every day in her studio at home. Every place she moves to, she always sets up galleries with her paintings.

4. Another meeting of Micheline Roquebrune in the entertainment industry took place in 1983 in Sean’s iconic film Never Say Never Again, in which she worked as a crew member.