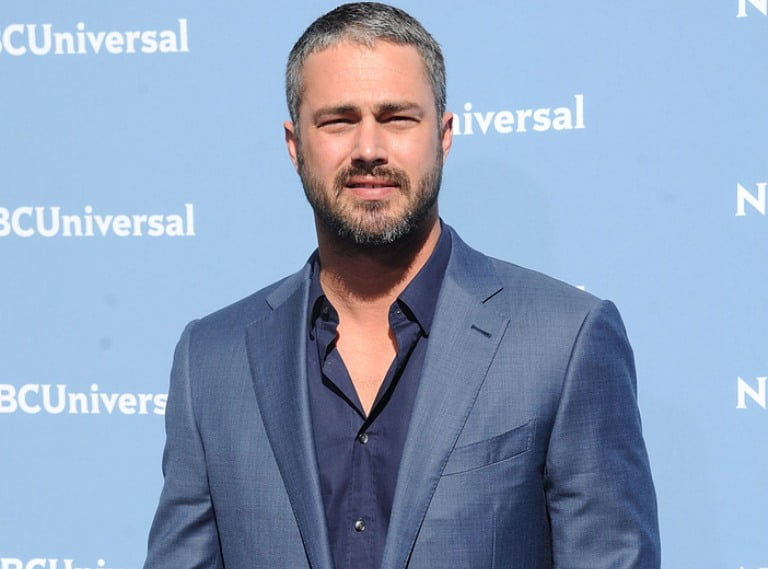 Sometimes, especially in Hollywood, a woman’s greatest claim to fame is the person she is with or went out with. Gossip and the high profile of the relationship increase her popularity far more than her work. It is not a phenomenon that exclusively affects women, although it is more common among them. Taylor Kinney is an example of this phenomenon.

Although he has his own oeuvre, consisting of shows like The Vampire Diaries and Chicago P.D., the most popular thing about him is that he was once engaged to music superstar Lady Gaga. The American actor and the American model had a date with the music company and got engaged to her, but unfortunately, this did not end in a marriage. To learn more about Taylor Kinney, especially who he is before and after his relationship with Lady Gaga, read below.

Who is Taylor Kinney?

Although his career began in 2006, Taylor Kinney’s work has mostly been limited to a few roles. Many actors and actresses grow up knowing exactly what they want to do, and they spend their formative years trying to achieve this. But this is not the story of Taylor Kinney, who went to university and studied business administration.

While it cannot be said that he had the most difficult childhood, he did not have the best either. His parents, Pamela Kinney and Daniel Kinney divorced when he was young and he lived with his mother and his three brothers Adam, Ryan, and Trent.

ALSO READ: Who Was Eddie Fisher, Who Was He Married To, What Did He Die Of?

Born in Lancaster, Pennsylvania, Taylor grew up in Neffsville and attended the Lancaster Mennonite School. In high school, he appeared in several plays, but he did not have much confidence in acting as a career option, so he majored in business administration at West Virginia University in Morgantown, West Virginia.

He did, however, give professional acting a chance and had his big break on the MyNetworkTV show Fashion House in 2006, where he played Luke Gianni in the Fashion House, which later led to a role as Glenn Morrison on the NBC show Trauma.

His career took off and he began to appear on several television shows, often appearing as a guest artist or a few episodes as a recurring character. His most prominent recurring role was in The Vampire Diaries, where he played Mason Lockwood. He joined the series in 2010 and his role lasted until 2011. 2011 was a significant year in Kinney’s career. He and Gaga brought a music video story to life by starting a relationship after Kinney performed as Gaga’s love interest in her You and I music video.

He got a role in the 2012 Chicago Fire show as Lieutenant Kelly Severide. The series has two offshoots, Chicago P.D. and Chicago Med Kinney resumes his role in all three shows, but Kinney didn’t make much of an impression on the big screen.

In 2012 he appeared in 5 episodes of the web series Dating Rules from My Future Self. In his career to date, he has only been nominated three times (2015, 2016, 2017) for his role in Chicago Fire as the most popular dramatic television actor, for the People’s Choice Awards. He has only won once.

Taylor was in a long-term relationship with Lady Gaga. It was assumed that both parties loved each other very much. The actor appeared in a music video to a romantic song by the music superstar in 2011, when their relationship began. The couple had been together for a long time and got engaged in February 2015, but they would break up in July 2016 due to the demands of their career and their inability to end the quarrel. The couple tried to work on it, but it just wasn’t meant to be.

ALSO READ: Niccolò Machiavelli Biography, What Was He Famous or Known For?

Who is His Girlfriend?

Since he ended his relationship with Lady Gaga, the actor has retired from the dating scene. Although it is assumed that he and Lady Gaga are still friends, the actor is currently focusing on his career and there is little news about his relationships.

Although he has only appeared in medium to small projects during his acting career, the consistency of the roles and their longevity has helped Kinney achieve a net worth of $8 million. TV shows such as Chicago PD, Chicago Fire, and Chicago Med contribute significantly to the actor’s net worth.