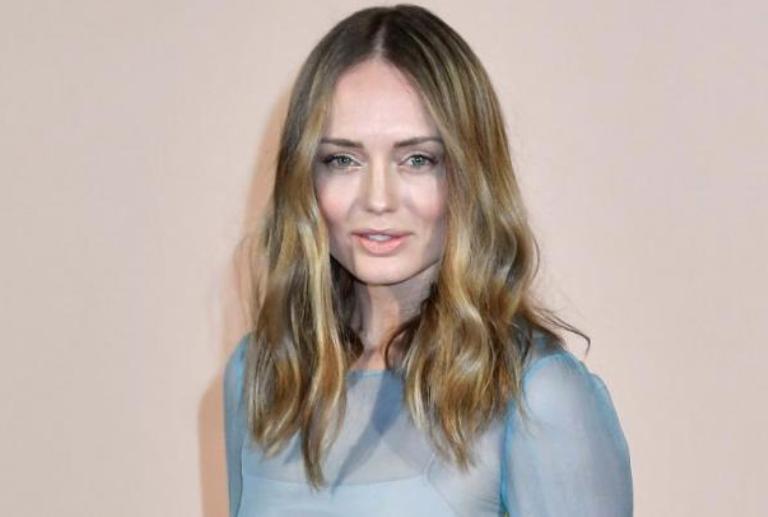 The English actress Laura Haddock started acting in 2007 and is known for her roles in TV shows such as Honest and Da Vinci’s Demons.

Laura Jane Haddock was born on 21 August 1985 in Enfield, London. Raised by her parents in Harpenden, Hertfordshire (her mother is a reflexologist and her father a corporate financier), young Laura fell in love with theatre and film.

As a child, Laura often changed her mind about her future career and considered becoming many things, including a policewoman.

However, her father could see that she didn’t really want to become these things, but wanted to play them instead. Thanks to her father, Laura was able to decide on a career as an actress.

After graduating from St. George’s School at the age of 17, she went to the Arts Educational School in Chiswick, London. But the success in the film industry didn’t come overnight for Laura. In the first years after her graduation at the acting school, she was rejected many times but remained unimpressed.

And then came to 2007 and Haddock started getting small roles in TV shows and TV movies, including episodes in My Family, Comedy Showcase, The Colour of Magic and Marple: A Pocket Full of Rye.

In 2008 she got her first leading role in a television show in Honest. She was given another lead role on ITV1’s Monday Monday, in which she played the role of Natasha.

Laura didn’t get a role in a feature film until 2011, but when she finally played in The Inbetweeners Movie, the wait proved worthwhile. The film comedy brought in £64.8 million, on a budget of £3.5 million. The role earned her a nomination for the Empire Awards as the best female newcomer. It was a huge breakthrough for her career as more appearances followed.

After a series of appearances on television shows, Haddock was given another important role in Da Vinci’s Demons: She played the role of Lucrezia Donati, the lover of Lorenzo de’ Medici and lover of Leonardo da Vinci. Her role lasted until the end of the performance in 2015.

She played Viviane Wembly in Transformers: The Last Knight (2017).

Laura met her English acting colleague Sam Claflin when they both auditioned for roles in My Week with Marilyn (2011). Although they were both unsuccessful in the roles they auditioned for, we can bet that they were grateful that the film brought them together.

Laura once described her encounter with Sam as love at first sight, and the feeling was mutual. She once told the media how Sam, when he met her, ran to his agent and poured over him: “I just met the girl I want to marry. I love this girl like, I love her. She’s perfect.”‘

Four months after their first meeting, Sam tracked them down on Facebook and soon they started dating. After two years of a rock-solid relationship, they were married on July 30, 2013.

At the Hunger Games: Mockingjay – Part 2 London premiere on 5th November 2015, (if you’re hiding under the rock, Sam is a star of the film) it was revealed that Laura and Sam are expecting their first baby. The couple welcomed their son Pip on 10 December 2015.

In late January 2018, Sam Geri Horner of Radio 2 announced that his wife Laura had given birth to their second child, a daughter. However, he refused to reveal the name of their baby.

The parents have deliberately shied away from giving out too much information about their children, including putting photos of them online. The reason for this, Sam told Red Magazine 2016, was to try not to force them into a world they might not want to be involved in.

“Maybe he wants to become a banker and change his family name, as far as I know,” Sam told his son’s magazine.

In addition to the Hunger Games in which he played Finnick Odair, Laura Haddock’s husband Sam Claflin is also known for his roles as Philip Swift in Pirates of the Caribbean: On Stranger Tides and Will Traynor in Me Before You.