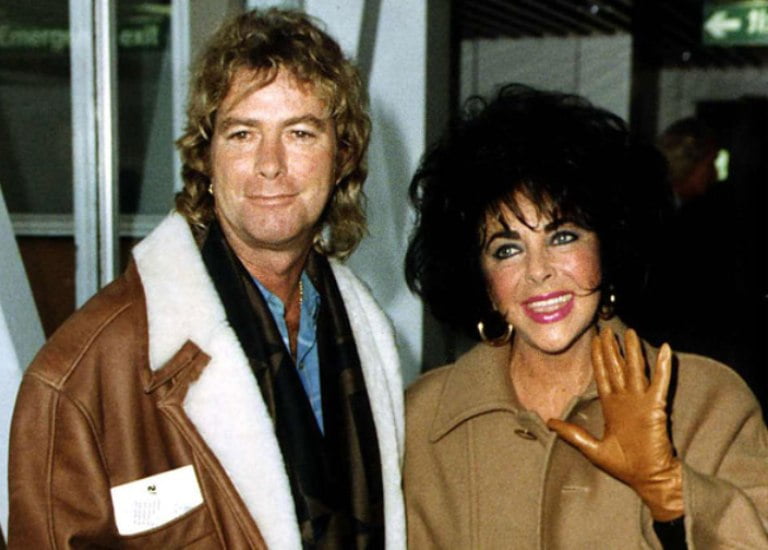 One of the quickest ways to fame and celebrity is through marriage, which in most cases ends in success or scandal – the latter also serves as a propeller for the popularity of the less popular spouse. The above assertion applies to the late Larry Fortensky, who became famous somewhere in the middle of the two extremes mentioned above. He was above all the seventh and last husband of the British-American actress, businesswoman, and humanitarian Elizabeth Taylor, whose countless marriages attracted media attention.

Although Larry is no longer alive, the story of his life’s events, what caused them, and what they resulted in, will always be an interesting play that can be read at any time. How about we tell you this story in the right way, including his death and what caused it? Read on to learn the details.

Bio – Who Was Larry Fortensky?

Larry Fortensky was born in Stanton, California, in the United States of America on January 17, 1952, the eldest of seven children of his working-class parents – Harold ‘Pete’ Fortensky and Dorothy Fortensky.

As a young child, his parents enrolled him at Pacifica High School in Garden Grove, California, where he remained until the 10th grade. Larry then enlisted and was drafted into the United States Army in 1972, but was discharged three months later. After his discharge from the Army, he returned home and began working as a carpenter to make ends meet.

Around this time, Larry Fortensky married his first wife Priscilla Joan Torres, with whom he had an only daughter named Julie Fortensky. Two years after their marriage, the couple parted ways in 1974. In the course of time – exactly two years later – Larry married Karin McNeal for the second time, but in 1984 he also gave up the marriage with his second marriage in 1984.

From that point on, the rest of his life was mainly characterized by his alcohol problems and drug abuse. In 1987, he was arrested by police after he was discovered in a parking lot in San Clemente, California. Fortensky, who was completely drunk, also had marijuana in his possession. He was charged with this, and afterward, he admitted that he really had a drinking problem. It then happened that while seeking help in a rehab center, he met Elizabeth Taylor, to whom he immediately felt a passionate and mutual attraction. The other events in her life changed Fortensky’s life from a well-known construction worker to the husband of a television star.

It’s not often that people meet their partners in rehabilitation centers, but in the case of Larry Fortensky and Elizabeth Taylor, the seeds of their love just sprouted on the grounds of the Betty Ford Center Residential Treatment Center in Rancho Mirage, California. While Larry was at the rehab center for his alcohol problems, Elizabeth was there to address her problems with pills.

The duo quickly began a relationship that was fervently fueled by the intense admiration they felt for each other. But although in their own eyes everything seemed to be right between them, when and after they left the rehab center, they soon began to show their affection publicly, mainly due to the age difference of two decades between them. Taylor was a good-looking 56-year-old at the time, while Fortensky was still bubbling over at 36.

Despite the age difference, the relationship between the two became closer and closer, and on October 6, 1991, they walked down the aisle as husband and wife at Michael Jackson’s Neverland Ranch in Santa Barbara County, California. The wedding was attended by celebrities such as Eddie Murphy, Michael Jackson, George Hamilton, Macaulay Culkin, Franco Zeffirelli, and about 160 other guests. The wedding is said to have cost about 1.5 to 2 million dollars.

While it seemed that it was love and absolutely nothing but love that made Fortensky and Taylor say “I want” to each other, it seems that for Larry Fortensky there was something more to marriage. He signed a prenuptial agreement with the actress that promised him $1 million if he remained married to Taylor for five years. They were actually married for 5 years and a month.

After 61 months of marriage, Fortensky withdrew from the marriage on October 31, 1996. His sister Linda Untiet announced that her brother no longer wanted to be seen as “Mr. Elizabeth Taylor”. Despite their divorce, the two remained good friends even after that.

On January 29, 1999, Fortensky fell from a flight of stairs in his home in San Juan Capistrano, California. According to reports, he was mourning the death of a beloved pet at the time. As a result of the fall, Larry was in a coma for six weeks, and when he woke up, he was hospitalized for two months before being discharged. He suffered short-term memory loss following complications of skin cancer surgery until his death on July 7, 2016.