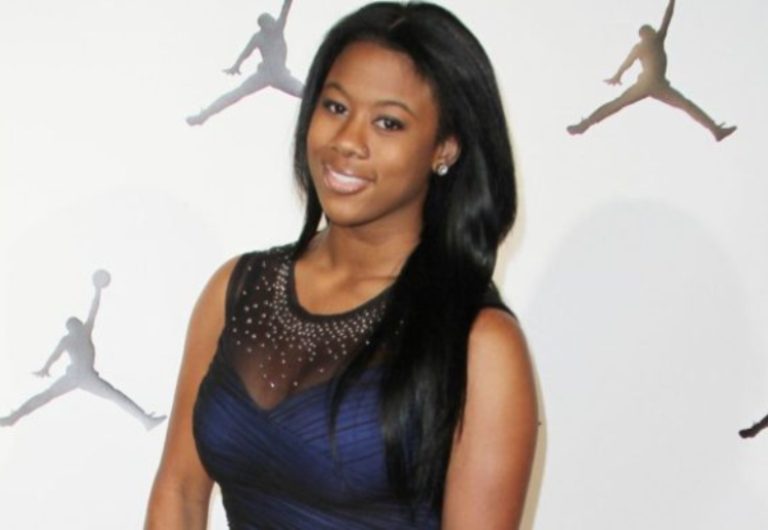 As a descendant of basketball legend Michael Jordan, Jasmine Mickael Jordan has been in the limelight her entire life. Born to a man of such unsurpassed talent, much is expected of her, perhaps to follow the same path as her father, but Jasmine seems to have other plans for her professional life. She shares her father’s passion for sports, but not in the way the world expects.

Although she is mainly wallowing in the fame and fortune that her father’s brilliant career has brought to the family, Jasmine Mickael Jordan herself has some remarkable achievements to show for herself. She has also made the headlines due to speculation about her sexuality. More details about her can be found below.

Like her mother, she was born in Chicago, Illinois, in the United States, on December 7, 1992. She grew up as the last child of her father, a Hall of Fame basketball player, and his first wife alongside two older brothers.

Details of her early educational career are not known to the public, but she studied up to the tertiary level. After studying from 2011 to 2014, Jasmine earned a degree in sports management from Syracuse University in New York. Apparently, her choice of college course is her own way of following in her father’s footsteps.

Not much is yet known about the actual career that Jasmine Mickael Jordan has chosen for herself, but it is already clear that she will not throw baskets like her father. Although she has made it clear that she is very proud of the man who raised her, she is going in a different direction in her professional life.

According to what we found out, she could have a future in fashion design. She is known for her immense contribution to the success of her father’s famous sneaker collection, the Jasmine Collection. Not only did she give the collection its name, but she also designed it with women’s needs in mind.

She also describes herself as extroverted, a trait she has seen her handle the microphone at social events. Jasmine has co-hosted several major events at the university level, including the Midnight Madness event for the Syracuse basketball team. She has social media accounts on several platforms including Instagram and Twitter. On the former, she has more than 69,000 followers, while the latter had over 17,000 followers in March 2019.

Jasmine Mickael Jordan was born as the daughter of celebrated, now-retired basketball player Michael Jordan and his first wife, Juanita Vanoy. While her father set stunning records on the court, her mother strutted around in her prime as a model. Jasmine is the couple’s youngest child, who ended the marriage in 2006 after three children.

Of her parents, Jasmine has two older brothers named Jeffrey Jordan and Marcus Jordan. Neither brother could live up to their father’s legacy either, but they played basketball up to the college level at the University of Central Florida. The two brothers left their UCF team at different times for personal reasons. They are currently pursuing other goals.

In 2013, Jasmine Mickael Jordan is said to have fuelled speculation about her sexuality through the photos and posts she shared with her thousands of fans on Instagram. In one of her posts, she allegedly revealed her sexual orientation as a lesbian. This followed her confirmation that she was in a relationship with basketball player Carmen Tyson-Thomas of Syracuse University. Jasmine continued down this path for a while and further aggravated the situation by refusing to discuss her sexuality in public. As a result, there was speculation that she only liked women, but this claim was soon refuted when it became known in 2016 that Jasmine was dating a basketball player.

The basketball player who won Jasmine’s heart is Rakeem Christmas. Their relationship took a different turn in June 2018 when they got engaged, and in December 2018 the bigger news was announced – they are expecting their first child as a couple!