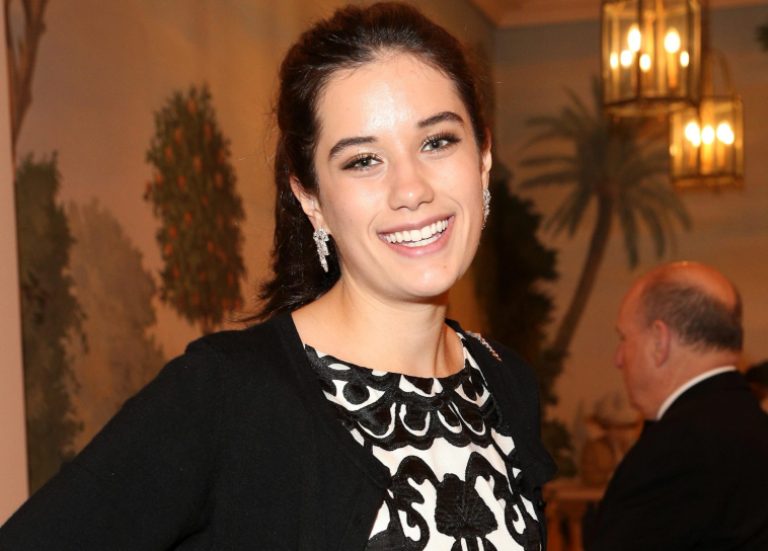 With only a few films to her credit, the name Ella Bleu Travolta will not sound too strange. For a very long time, she existed mainly as the daughter of a famous parent from Hollywood, but since her film debut, we certainly see more of Ella today, as she continues her career with exactly what her parents are known for. Be that as it may, many things are still unknown about this young and talented up-and-coming actress. But we will do justice to this here with the facts we have gathered about John Travolta’s daughter.

Ella Bleu Travolta was born on the 3rd day of April 2000 in California, USA. Her parents are Kelly Preston and John Travolta. She was born as the second child of three children in the family, but after the death of her older brother {Jett Travolta, born on April 13, 1992} on January 2 due to a seizure after hitting his head on a bathtub, her only sibling is Benjamin Travolta, born on November 23, 2010.

As Ella grew up, her parents discovered that she had an acting talent even as a toddler. Both parents worked as actors in the film industry and were happy about this discovery. John even explained that he would be very happy if his daughter would make a career as an actress. However, as she grew older, a large part of her life and that of her sibling remained out of the media’s sight. This is not surprising, since it is known that a few other parents from Hollywood raised their children away from the limelight. Some still do so today, also for good reasons.

Her absence from the limelight will not last too long, as she made her first film appearance in the short film entitled Not Under My Roof (2001), in which her mother also played the leading role. In the following years, Ella Bleu Travolta devoted more time to her studies and occasionally appeared on the television show Entertainment Tonight. Her next acting project came in 2009 when she starred in Old Dog alongside her father, mother, and Robin Williams. The Disney film was a huge success and Ella’s comedic performances in it were appreciated by almost everyone who saw the film. In the following years, she continued to refine her acting skills away from the limelight. She is reportedly in the cast of The Poison Rose (2019). A thriller film in which Ella plays the leading role of Rebeca Hunt. The film boasts a rich cast, including Famke Janssen, Brendan Fraser, Morgan Freeman, and of course John Travolta.

Facts You Need To Know About Ella Bleu Travolta

After the sudden and painful death of Ella Bleu Travolta’s brother Jett, the Travolta family was in great sorrow. At the time they avoided the media, but while they mourned, the family found strength in their Church of Scientology. John attributed to the Church’s teachings that they were the healing factor for the entire family at the time.

Since this is the religion her parents have practiced since the 1970s, it is likely that Ella Blue Travolta also attended the same Church. Some reports even suggest that this is the reason for her discreet behavior.

Well, that sounds weird, doesn’t it? It’s not the name of her unknown sibling, it’s the name Ella Bleu Travolta would have today if her mother hadn’t objected.

Although John is an actor, he is also a trained pilot and even owns a Boeing 707. He is the brand ambassador for the planes of the Australian Qantas Airline, and at the time of Blue’s birth, John was considering naming her after the airline he flew for. His wife, however, refused to do so. As a result, the name Ella Bleu was chosen.

Judging by Ella Bleu Travolta’s latest paintings, Blue has certainly grown into a woman. She stands at a height of 5 feet 8 inches and weighs about 59 kg. The actress wears black hair, which is perfectly complemented by her blue eyes. Her other body measurements have not been disclosed.