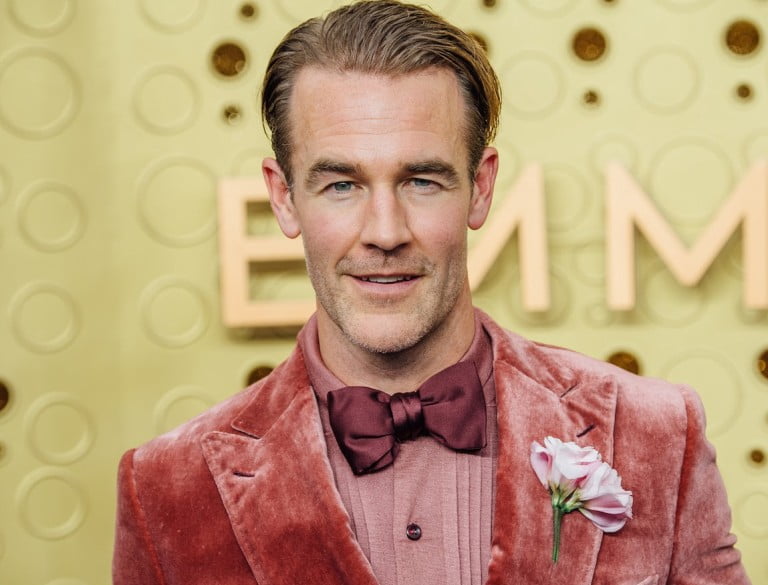 James Van Der Beek is an American actor who is in the good books of film fans because of the brilliance he displays in the interpretation of his roles. James, who was popular for the WB series Dawson’s Creek, in which he played the character of Dawson Leery, was selected as one of the “50 most beautiful people in the world” by People’s Magazine. Learn more about the actor by reading this article.

James David Van Der Beek is an American actor and was born on March 8, 1977, in Cheshire, Connecticut, the son of Melinda Weber and Jim Van Der Beek. His mother owned a gymnastics studio and was also a Broadway dancer, while his father worked as an executive in a mobile phone company. James was the oldest of his parents’ three children. His brother’s name is Jared and his sister is Juliana. He is of mixed descent, partly of Dutch origin.

He used to play football when he was much younger and had the desire to become a professional, but that changed when he suffered an injury that prevented him from playing football for a year solely on doctor’s orders. When he recovered, his attention shifted to entertainment and he decided to give it a try.

He played his first role as an actor while still at school; he played the character Danny Zuko in a school production called Grease. After he had successfully played this role, the acting zeal in James Van Der Beek began to grow and grow and he began to play in local theaters, which he did successfully for three years.

After high school, James received an academic scholarship to study at Drew University, New York City, and he majored in English and chose to minor in sociology. During his studies at Drew University, James also participated in an all-male acapella group.

The Beginning of His Career

James Van Der Beek began his career at a young age. He asked his mother to help him find an agent to help him find auditions that would further his ambitions to appear on the big screens. This prompted his mother to bring him to New York City, and at the age of 16, James made his debut with the Signature Theatre Company in the play Finding the Sun, an appearance for which he received positive reviews. This happened in 1993, and at that time he was still in high school.

In 1994 he was supposed to appear in another play called Shenandoah, and then he won the role of Rick Sanford in the 1995 film Angus. James Van Der Beek’s career was a success, as he won several nominations and also some awards.

His Family – Wife and Kids

James Van Der Beek is currently married and married to Kimberly Van Der Beek. The couple got married at the Kabbalah Centre near Dizengoff Plaza in Tel Aviv, Israel, where they also met in 2009. Kimberly and James Van Der Beek were married on August 1, 2010, and together they have five children named Emilia, Annabel, Joshua, Olivia, and Gwendolyn.

Kimberly Brook was born on March 22, 1982, as Kimberly Brook. She is a producer by profession and is known for Teenage Paparazzo (2010) and Heads up: The Vanishing Art of Vaginal Breech Birth (2015). Kimberly was a management consultant and wellness blogger before she met her husband James. She has also worked as a content developer for People’s Magazine and the Food Heals Nation blog.

Before James Van Der Beek married his wife Kimberly, he was married to Heather McCombs, who is an actress. They were married on July 5th and a few years after their marriage they started having problems they couldn’t solve, which led to their divorce, which took place in March 2010 after being separated for over a year.

James Van Der Beek is definitely not gay. He’s been married twice to women with whom he has fathered five children. As far as we can tell, the man is happily married and there is no reason to believe that he is sexually attracted to his sex.

Height, Body Measurements, and Other Facts

4. The net worth of the actor was estimated and numbered at 10 million dollars.