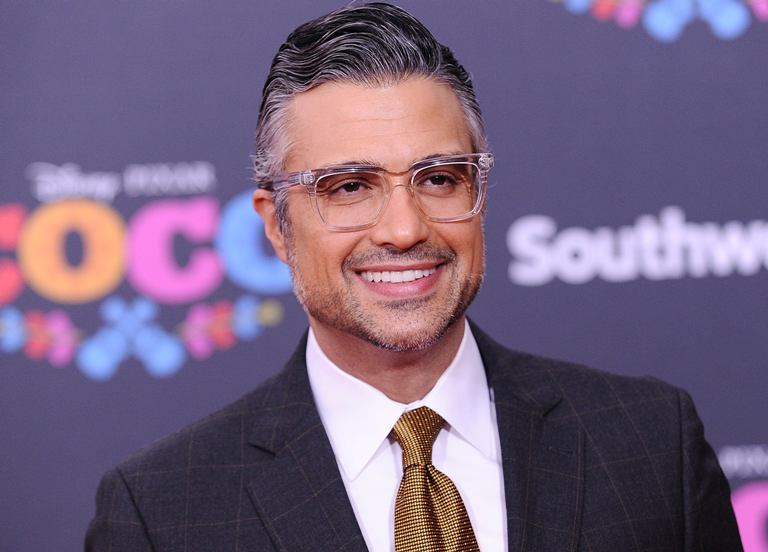 Jaime Camil is a Mexican actor, singer, composer, producer, and TV personality. He is known for his film roles in the television series Jane the Virgin and the Disney-Pixar movie Coco. Jame also starred in America’s longest-running musical Chicago.

The Mexican entertainer was born as Jaime Federico Said Camil de Saldaña Da Gama on July 22, 1973, in Mexico. Jaime is the son of an Egyptian-Mexican business mogul, Jaime Camil Garza, and a Brazilian singer, Cecilia Saldanha da Gama. The actor obviously took after his mother in his singing and followed his father’s career path. Jaime studied business administration at the Universidad Anáhuac. Left to him, Jaime wanted to study at Boston’s Berklee College of Music, but his father did not give him permission; he insisted that he get a real job. Later he developed his artistic inclination. Jaime studied acting and took opera courses in Italy. It came as no surprise that the entertainer, born into a wealthy, comfortable and famous family, began as a singer in the Mexican media.

He had the privilege of performing alongside Cuban superstars such as Pancho Cespedes and Amaury Gutierrez. Jaime has reportedly recorded four platinum-selling albums. His first album, entitled Para Estar Contigo, was released in 1999, while Una Vez Más, the second album, was released in 2002. Due to the success of his singing career, Jaime has toured and performed in the United States and Mexico. Some of Jaime Camil’s singles have topped the top music charts.

In 2005 he played a leading role in the Broadway musical The Mambo Kings. Other musical productions he has worked on include West Side Story, Hook, Aladdin, El diluvio que vine, and others.

In 1993, Jaime worked as a radio commentator on Radioactivo 98.5, making his screen debut with El show de Jaime Camil. He also presented Que nochecita con Jaime Camil in 1996, Operacion triunfo in 2002, Aventura por Mexico in 2009 and El Gran Show in 2010.

He later appeared in the Mexican hit telenovelas La Fea Mas Bella and Mi Destino Eres Tu. Jaime starred in 7 slides, Pulling Strings, 200 Cartas, Por Ella Soy Eva, Que Pobres Tan Ricos, and other first-class Mexican films. For his well-executed role in 7 slides, he received the award for the best supporting actor of Premios ACE and the Mexican Cinema Journalist. Jaime is a lover of extreme sports. For his riding pleasure, he owns a Harley-Davidson motorcycle. He also loves skydiving, water skiing, and bungee jumping. He speaks fluent Spanish, English, Portuguese, and French. In 2016 he played the leading role in the Spanish language comedies Clipped, Maurice, and Modisto De Senoras.

All in all, Jaime Camil has had a great and successful acting career. He has become a favorite for his role in Jane The Virgin. In 2006, Jaime Camil was co-founder and speaker of the Short Shorts Film Festival Mexico. This versatile media personality has hosted many radio and television shows.

Jaime Camil has a lovely wife and two children – Elena and Jaime. His wife, Heidi Balvanera, is an actress and model. They have been married since 2013. The actor thinks Heidi is the “hottest girl” in the world. He credits her with the beauty and foundation of their happy family. Jaime and Heidi both play the virgin in the American telenovela, Jane. They live in Mexico City and Los Angeles. The couple, according to the award-winning actor, says they love being parents and that they might even have one more child.

Jaime Camil has a net worth of $15 million. He is probably one of the highest-paid actors in the world. Mediamass reports that Camil earned almost 75 million dollars last year (February 2017 – February 2018). He ranks sixth among the richest Mexican celebrities.