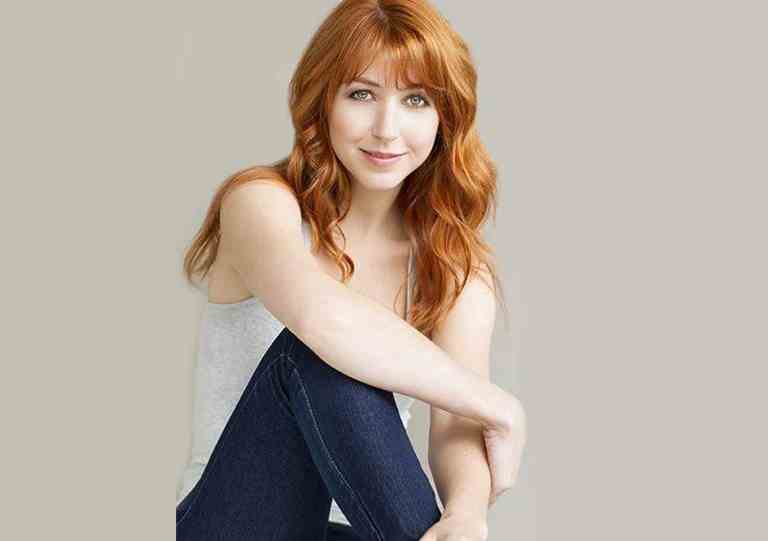 Morgan Smith Goodwin turned many heads in 2012 when she became the face of Wendy’s restaurants, mainly because she dyed her natural blonde hair orange-red just for the commercial. This put her deep into the limelight so that many people who hadn’t heard of her earlier ventures became interested in her.

Her role in Wendy’s Restaurants’ “Now That’s Better” advertising campaign lasted until 2016, and since then Goodwin has been involved with many other things we will look at in this article, as well as the events that led to her big breakthrough at Wendy’s Restaurants. So here we go…

After graduating, she moved to New York City to begin her professional career. In New York Morgan performed in a series of concerts and readings.

She was one of the original cast members of the off-Broadway production Freckleface Strawberry. Together with her casting colleagues, Smith was nominated for the Outer Critic’s Circle, Drama Desk, and the Lucille Lortel Award. In 2006 Morgan had a role in the short film Circumstance.

In the production of Sweet Charity in Birmingham, Alabama, in October 2011, Morgan played the lead role.

Morgan had aspired to fame with her theatrical roles, but fate had another plan up her sleeve. Her big break came in 2012 when she was chosen to play the lead role in Wendy’s Restaurants’ “Now That’s a Better” advertising campaign.

Morgan’s ability to appeal to Wendy’s clients had a lot to do with dyeing her natural blonde hair all red for the commercial. She was compared to an adult version of Wendy Thomas, the daughter of Wendy’s founder Dave Thomas, whose image and the resemblance was the company’s logo.

Two years after she appeared in the campaign, Wendy further enhanced Morgan’s character by naming her “Red”. As Wendy’s Vice President of Brand Marketing, Liz Geraghty told Yahoo Food that Red (Morgan’s character) was her “most successful effort since the Dave Thomas advertising campaign in the 1990s.

In early 2014, Morgan spoke to Canada’s Metro News about how dying her hair for the role had given her “a ton of exposure.

“You must be forever grateful and very flattered when a company entrusts you with its brand. That’s why I don’t take it lightly,” Morgan continued in the publication.

So What Came Next After Wendy’s commercials?

Morgan got a lot of attention, enough to make sure she never had to spend much time introducing herself when she came to audition for a Hollywood gig.

After Wendy’s, she shot a series of other commercials. She was also chosen to star in the remake episode of the 1990s series Coach, but unfortunately, the remake didn’t make it past the pilot episode. Morgan was given a recurring role from season 5 of the hit series Veep.

Morgan produced, wrote, and starred in the short comedy Haygood Eats, which was released in 2016. She also created and starred in Whitney and Britni, a comedic web series about two southern sisters-in-law navigating their mothers’ lives. She constantly promotes the series on her Twitter, Facebook, and Instagram pages.

Our sources indicate that Morgan Goodwin had a net worth of $3 million. Wendy’s performance really paid off.

When she moved to New York, Morgan found love in the eyes of businessman Dave Ridgway Goodwin. Dave is the manager of Gramercy Tavern, a New American restaurant owned by Danny Meyer. They got married in 2009. 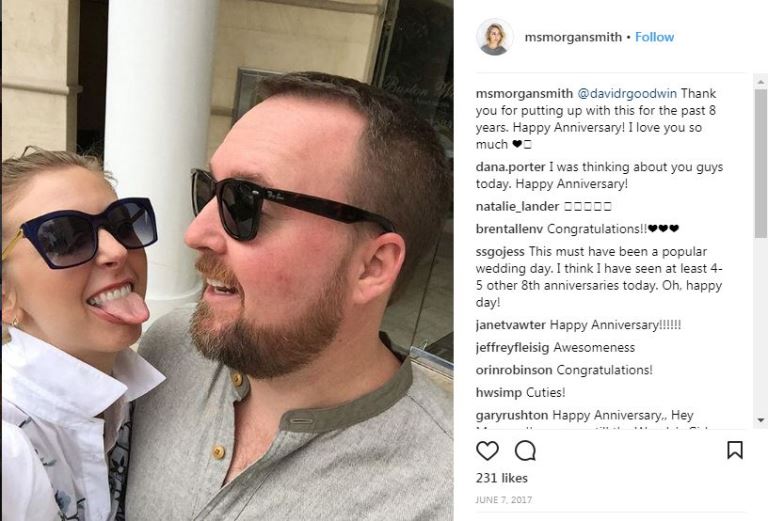