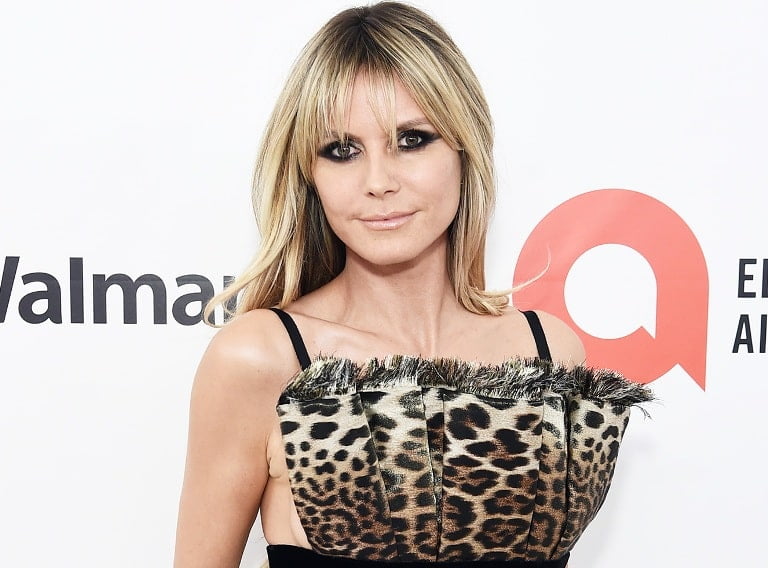 It is now common knowledge that Hollywood marriages are not usually permanent. So when German supermodel Heidi Klum and British Nigerian singer/songwriter Seal got married in 2005, they took special care to make the relationship work. Of course, the special care was influenced by the experiences they had both had together: Seal met Heidi when she was in urgent need of care. She had just separated from her ex-boyfriend Flavio Briatore, with whose baby she was pregnant. So Seal filled the position of a husband who took care of her until she gave birth to her daughter Leni about five months later. Afterward, Heidi thanked Seal very much for his kindness.

Against this background, the two lived like the ideal couple. They got so far that Seal adopted Heidi’s daughter from their former relationship and legally adopted Heidi Seal’s family name. They also had three children of their own together. Then, on January 22, 2012, the couple gave their fans a rude shock by telling them that they were going separate ways.

Efforts Heidi Klum and Seal Made to Remain Together

When the split between Heidi Klum and Seal happened, many insinuations were made in the media. One of them was that Heidi Klum had only used and disposed of Seal. But when you look at the efforts of both to maintain the relationship, we have to disagree with this point of view.

A few months after Heidi Klum went to bed, Seal proposed to her in an igloo that he had built especially for the occasion on a glacier in British Columbia, Canada. The following year they got married in another country: their wedding took place on a beach in Mexico. As a tribute to her king, Heidi Klum soon legally adopted the family name Seal. To help them, even more, to put a premium on the relationship, the couple began the unprecedented practice of an annual ceremony to renew their marriage vows. The ceremony took place each year on their wedding day in front of friends and family members. It was like getting married every year.

Heidi and Klum were so much in love with each other that their union produced a child every year for the first two years. They were never seen in public without each other. As mentioned above, Seal adopted Leni, who also took Seal’s family name. They were so well related that practically every couple in the world wanted to be like them. In the end, they had three children together: two sons named Henry Günther Ademola Dashtu Samuel (born 2005) and Johan Riley Fyodor Taiwo Samuel (born 2006) and a daughter named Lou Sulola Samuel (born 2009).

How Come Such a Beautiful Relationship Ended?

The first sign that the relationship wasn’t working out was during the 2011 summer holidays when Heidi Klum and Seal were on holiday with their children on the island of Ibiza in Spain. But later Heidi complained about how Seal left her and the children in their accommodation and continued partying for hours.

After that, Heidi Klum and Seal were hardly ever seen together, except once during the 2011 Christmas season (on 26 December to be precise). They were seen at a holiday picnic in Colorado. The following month (January), Heidi Klum was spotted without a seal at the Golden Globe Award ceremony in California. The seal was also seen without Heidi at Los Angeles International Airport in January of the same year, a few days before the announcement of their separation.

Did Heidi Klum Cheat on Seal?

The question then is, “What really happened?” Was it just the event on Ibiza that broke up the couple or was there more to it? Some have speculated that Seal probably suspected Heidi of cheating – after all, the Ibiza story was told by Heidi Klum and never confirmed by Seal. The view that Heidi probably cheated on Seal was supported by the fact that it wasn’t long after the couple’s separation was announced that Heidi and her bodyguard Martin Kirsten were seen in romantic poses. It is therefore suspected that the two had been sleeping together secretly all along. Moreover, Heidi was the first to file for divorce in April. Even Seal later complained that he was disappointed in Heidi because she had lost contact with her class by dating her bodyguard.

Heidi Klum later complained that Seal’s bad mood was also a problem. In an interview she gave to TMZ, she was concerned that Seal’s “anger problems” could affect her children.

Another reason we have found for the breakdown of the relationship between Heidi Klum and Seal is their professional commitment, which has stolen much of the time they would have shared as a couple. While Heidi Klum often traveled overseas to her home country Germany and elsewhere to further her business interests, Seal was often on tour to promote his music. We believe that this is the most remote cause that could have caused the other causes. In fact, those close to the couple testify to how the couple gradually drifted apart as a result of this professional involvement.

Yes, it is quite public that Heidi Klum had her third wedding in her life in August 2019. Before her marriage to Seal, as mentioned above, she was married to hairdresser Ric Pipino between 1997 and 2002; this was before her infidelity to Flavio Briatore, which produced her first daughter Leni. Her new husband’s name is Tom Kaulitz, he is one of the founders of the German pop-rock band Tokio Hotel.

Their wedding took place in summer 2019 on the island of Capri in Italy. On the day of the wedding, Kaulitz was 30 years old, while Heidi was 46 years old. They had been dating for one year and three months before the wedding. And Heidi Klum showed that she was very happy with it. Here is a video she posted to commemorate the wedding on December 24, 2019.

It may be the third marriage of Heidi Klum, but it is the second marriage of Kaulitz. The musician was previously married to the German role model Ria Sommerfeld. They were together between 2011 and 2016.