Her last name may sound as familiar as her father’s, the legendary actor Sylvester Stallone, but Sistine Rose Stallone is far from acting like her father. She is a popular model and has made a name for herself in the highly competitive fashion industry. The American model has worked with several well-known brands, which has earned her a respected place among her colleagues.

Sistine started this journey from childhood and has an interesting story behind her success. Stallone debuted in 2016 as T&C Modern Swan. Since then she has worked with many photographers and fashion brands. For Sistine, she chose the path of modeling because, unlike acting, she didn’t have to talk too much. You will discover this and more when you browse through this article. Here you will find interesting facts about the model.

She was born in Los Angeles, California, on June 27, 1998, the daughter of her parents. She attended Notre Dame High School. Sistine would have completed her education if her career had not always been in the way. She started modeling at a very young age, following in the footsteps of her mother, who is an accomplished supermodel.

Sistine Rose Stallone worked with smaller brands before she was discovered by a renowned photographer. Shortly afterward she was signed to the prestigious modeling agency IMG in 2016. After her contract with IMG, she participated in her first fashion show, which was organized by Chanel. Stallone’s encounter with IMG saw her work with well-known brands like Dolce & Gabbana, where she made her breakthrough, and many others.

With Dolce & Gabbana she participated in Milan Fashion Week and continued to expand her presence in the modeling industry. She appeared in many influential fashion magazines and worked with A-list designers in the industry. In 2017 she was named ambassador for the Golden Globe Award alongside her sisters. Since then it has been an interesting journey for the model with her cameras.

In 2018 Sistine revealed her plans to return from New York to Los Angeles to enroll in college after leaving school to pursue her dreams when she was much younger.

Sistine Rose Stallone is the daughter of legendary actor Sylvester Stallone and Jennifer Flavin, his third wife, whom he married in 1997. The Hollywood star has three daughters: Sophia, Sistine, and Scarlet with his third wife and Sistine is their second daughter. The Stallone daughters had an older half-brother, Sage, who died of a heart attack. They also have another half-brother named Seargeoh.

The actor Sylvester is so proud of his daughters and always shows their pictures on his social media handles. The Stallone daughters all have the same middle name Rose. The sweet and charming ladies work hard to make their father proud, but surprisingly they do so of his own career path.

Sophia, the oldest of them, is an aspiring entrepreneur. It is reported that Sophia is making plans to start her own fashion and make-up line. She was once a guest juror on the fashion reality show “Project Runway”. The youngest of the ladies, Scarlet, is to explore the comedy faculty.

Sistine Rose Stallone was inspired by her mother, Jennifer Flavin, to become a model. Flavin was a successful model in her youth. Nowadays she is interested in fashion entrepreneurship. Her daughter Sistine must have been the one who got the glitz and glamour from her and cultivated it from childhood to a lifestyle and career. When she saw how successful her mother became with modeling, Sistine was more motivated than ever to pursue the same line.

The fashion model never had any interest in acting because she thought it would make her talk too much. She chose to be more of a model who would not ask her to talk too much. The Stallone sisters share a very close bond. It’s not just about perception, they are very close.

Sistine Rose Stallone has amassed a large fortune from her modeling career. Since she works with well-known brands, she undoubtedly earns more than enough for herself. Her net worth has been estimated by some sources at $10 million. However, this has not been confirmed, as the fashion model treats her personal affairs quite privately. 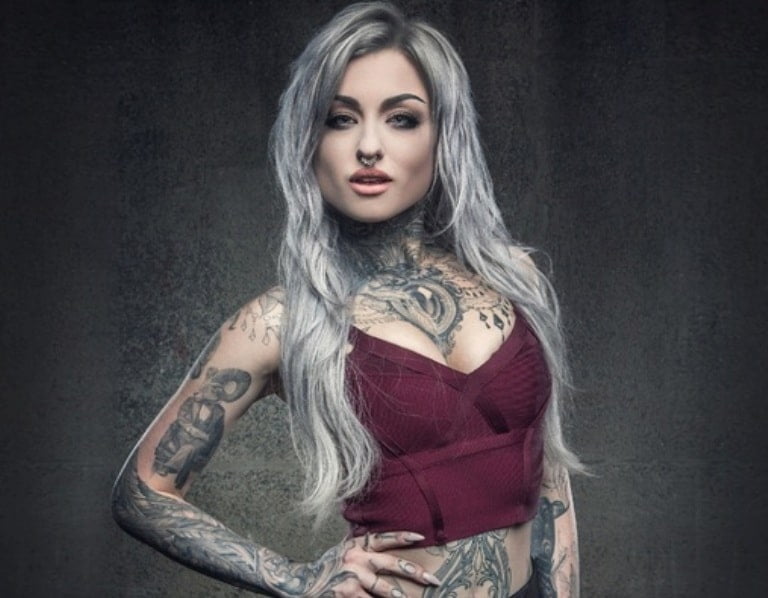 Ryan Ashley Biography, Tattoos, Age, Height and Other Facts You Must Know