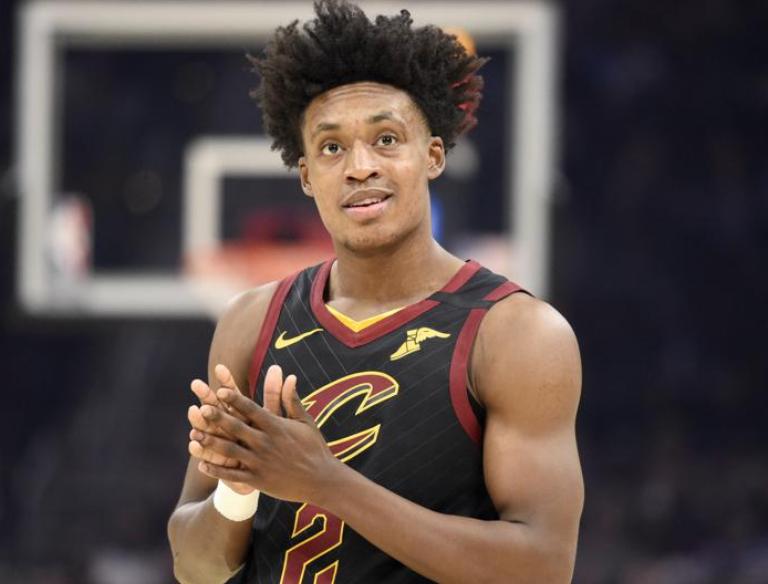 Collin Sexton is an American professional basketball player who was selected by the Cleveland Cavaliers as the 8th choice in the 2018 NBA Draft.

Sexton, who now plays as a point guard, also played college basketball for the Alabama Crimson Tide and was selected as McDonald’s All-American. He is considered to be an athlete with a strong willingness to perform and a great goalkeeping instinct and was the top scorer for the US team that won gold at the 2016 FIBA U17 World Championship in Zaragoza, Spain.

Collin Sexton was born on January 4, 1999, in Marietta, Georgia, United States, to Darnell and Gia Sexton and is the youngest of his parents’ three children. He was raised by his older brother Jordan and his older sister Giauna.

Growing up, Sexton was introduced to basketball at the age of three. Before his junior year, he attended Pebblebrook High School on transfer. He then joined the school’s team and supported the Falcons in winning the Falcons to Georgia Region 3-6A title and the Georgia Class 6A championship game in 2016.

During his time on the team, he averaged 23 points, 7.4 rebounds, and 2.9 assists. He is popular as a productive scorer in the game.

In addition to his high school basketball record, Sexton also played the game in college. He signed up to play for coach Avery Johnson after enrolling at the University of Alabama and led the Crimson Tide to a spot in the NCAA tournament to receive the SEC Freshman of the Year award; with 19.2 points and 3.6 assists per game.

He was also named to the All-Tournament Team after averaging 26.3 points per game, 3 assists and 5 rebounds in the SEC Men’s Basketball Tournament against Texas A&M; the No. 1 seeded Auburn and Kentucky defeated his team in the semi-finals.

Sexton decided to give up the last three seasons of his college qualification in Alabama to qualify for the 2018 NBA, where he was selected in the first round. His announcement comes after the defeat of the Tide in the 2018 NCAA Men’s Basketball Tournament.

He was selected by the Cleveland Cavaliers on June 21, 2018, with the eighth overall selection in the 2018 NBA Draft, and was the most highly selected Alabama player since 1995. He was reported to have signed a $20.2 million four-year contract with a salary of more than $4 million in the first year.

During his NBA summer league debut, he had 15 points and 7 rebounds. Sexton is nicknamed Young Bull because he treats the ball with a head full of steam and never slows down once in play. He was predicted to be a dynamic and very explosive offensive player who will pave his own way.

Nevertheless, experts believe that the Slasher could be improved in several areas, including three-point shooting, court vision, and defense. Other weaknesses include acceleration and wild driving in road traffic. At times, it is very susceptible to fluctuations and will pull competitive jumpers up early in the clock.

The bottom line is that the young bull still has room to improve his skills as a point guard.

In addition to basketball, Sexton is also involved in charity work in Alabama. On his Twitter handle, he shared a picture of him and his family at a charity event.

Sexton was involved in an FBI investigation before Alabama’s exhibition game on November 6, 2017, which affected his eligibility to play and prompted the school to stop him from playing. The issue is related to the resignation of the director of Alabama’s basketball operations, Kobie Baker, by law enforcement agencies following a case of corruption in college basketball. Saxton was later allowed to play his first game on November 14 with a win against Lipscomb University, but not before his name was cleared.

ALSO READ: Phoebe Tonkin and Paul Wesley Split: Everything You Need To Know

Again, Collin Sexton’s name emerged as one of those involved in the NCAA scandal who claimed to have received payments or dinner. While the problem persisted for a while, he was later acquitted of any involvement.

How Tall is Collin Sexton?

Sexton has an average height and frame when compared to some of the leading elite guardsmen in the NBA. At 6 feet 2 inches (1.88 meters) tall, he is not considered to have the best physical profile for an NBA vanguard. His weight is also stated as 83 kg (183 lbs).

What he lacks in height and strength, however, he makes up for with positive emotions and the courage to dig in and be physical.