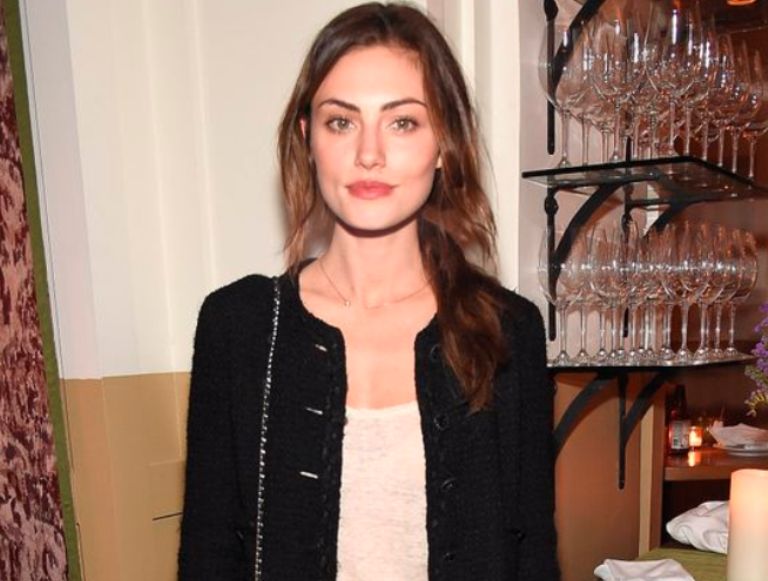 A date can be hard, but a date as a celebrity in public is not only twice as hard but can also be an entirely different experience. When you date celebrities, they are not the only ones who invest in the relationship; their fans, the media, paparazzi, and their personal PR teams all have a personal interest in the relationship. When a celebrity couple separates, the result is that many people – not just the couple – are inconsolable. The separation of Phoebe Tonkin and Paul Wesley may be proof of this fact.

When they appeared in The Vampire Diaries, Phoebe Tonkin and Paul Wesley were just two of the stars of the show who, to the delight of the fans of the show, entered into a relationship with each other. Although like all good things, they spent many seemingly happy years together, their relationship finally came to an end.

Here you will find everything you need to know about their long-term relationship and their possible breakup.

Who Is Pheobe Tonkin?

Phoebe Tonkin is an Australian model and actress, best known for her role as Hayley Marshall in the television show The Vampire Diaries and her later spin-off The Originals. She also made her feature film debut as Fiona Maxwell in the film adaptation of the critically acclaimed novel Tomorrow, When The War Began.

Phoebe, who was born on July 12, 1989, in Sydney, Australia, has always been interested in art. She took dance lessons as a child before taking classes at the Australian Theatre for Young People. The young actress began her career in Australia, where she appeared in shows like H2O: Just Add Water, before moving to the United States to pursue an international acting career. Her move was successful, as she got roles in The Secret Circle, The Originals, The Vampire Diaries, Stalker, and The Affair.

ALSO READ: Collin Sexton Profile And Career Stats, How Tall Is He?

Who Is Paul Wesley?

Paul Wesley is an American actor, producer, and director best known for his roles in The Vampire Diaries and as Aaron Corbett in Fallen.

The actor, who was born on July 23, 1982, in New Brunswick, New Jersey, has been working in the entertainment industry since 1999. Paul attended Rutgers University for a short time but left it to continue his acting career. Since his debut, he has appeared in several films and television shows, including The O.C., Guiding Light, Before I Disappear, The Late Bloomer, Smallville, Everwood, 8 Simple Rules, American Dreams, Army Wives, and many others. Despite his robust work, his most remarkable role to date is his role as Stefan Salvatore in the CW hit show The Vampire Diaries.

Phoebe Tonkin And Paul Wesley Split: Everything You Need To Know

Phoebe Tonkin and Paul Wesley met on the set of The Vampire Diaries when Phoebe was given a recurring guest role on the show, in which Paul was one of the main members of the cast. The two were reportedly friends before entering into a relationship in 2013 after Paul and his wife, Torrey DeVitto, filed for divorce.

While they were together, the two were private and keen to keep the ups and downs of their personal lives away from the prying eyes of the media, which distinguishes them from prominent couples who feel the need to share every aspect of their relationship online. They did, however, participate together in some social and professional events and occasionally shared cute couple photos on social media.

Phoebe Tonkin and Paul Wesley first broke up unexpectedly in April 2017 for reasons unknown, but reportedly they got back together a month later and were apparently stronger than ever. But only a few months later, the superstar duo separated again in October 2017 after four years together.

Sadly, this break seems to be final and in true millennial fashion, as the pair on Instagram did not follow each other, signaling the finality of their separation.

Since their separation, neither Phoebe nor Paul has entered into a serious relationship. Although there are rumors that they are casual with other people, no source close to the stars has yet confirmed or denied this. Since they are young, attractive, and successful as they are, there is no doubt that Phoebe Tonkin and Paul Wesley will find love again, probably sooner than anyone thinks.