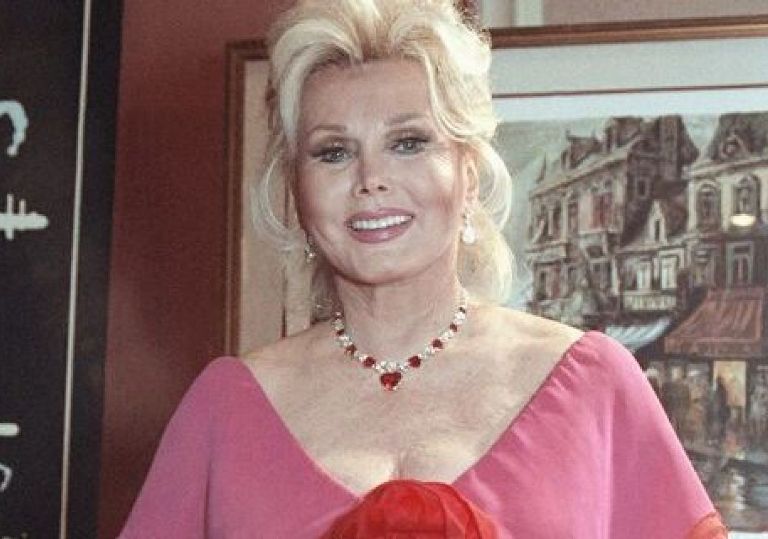 Zsa Zsa Gabor was a Hungarian-born Hollywood actress and society lady. She was born on February 6, 1917, in the then Austro-Hungarian Empire. Because of World War II, Gabor fled her hometown Budapest and came to the United States in 1941.

Before she came to the USA, she had participated in the war and was crowned Miss Hungary in 1936. She received her first film role in 1952 in the musical film Lovely to Look Look alongside Kathryn Grayson and Red Skelton. In the same year, she was also cast as a leading actress in Moulin Rouge.

She was quite a good actress, but that was not the only thing the Hungarian beauty was known for. Zsa Zsa Gabor was an embodiment of Hollywood life, which was all about beauty, glamour, and inexcusable extravagance. She is regarded as the first known professional celebrity, rather a forerunner of Kim Kardashian. Although social media that helped spread her personality did not exist at the time, Gabor managed to stir up enough controversy to stay in the public eye.

Her reputation as a Hollywood socialist grew far beyond her acting talent, and in the 1960s she began acting in films as herself. Apart from being a Hollywood socialite, Gabor was also known for having many husbands. She lived a long life, stretching over almost 10 decades, long enough to have married 9 different men.

The oldest of the sisters, Magda Gabor, was an American actress and social lioness. During the Second World War Magda fled from her native Hungary because of the Nazi occupation. She fled to Portugal with the then Portuguese ambassador in Hungary, Carlos Sampaio Garrido. After a while, she moved to Brazil, where she finally arrived in the United States in 1946.

After she arrived in the USA, Magda Gabor quickly married a US citizen and remained in the USA until she died in 1997. Like her famous sister Zsa Zsa, Magda Gabor had her fair share of marital relations, 6 in all. One of her husbands was the British actor George Sanders, who had previously been married to Magda’s sister Zsa Zsa. She didn’t have a child during her lifetime.

The youngest of the Gabor sisters, Eva Gabor, was an actress, singer, businesswoman and socialite. Shortly after her marriage to a Swedish doctor, she moved to the USA. Her acting talent went through film and television and she was also successful on Broadway. She had 5 marriages in her life but she had no children.

We remember Zsa Zsa Gabor as a Hollywood actress and socialite, but we cannot forget her numerous marriages. She was married 9 times in total. According to her, men loved her and she loved them, so why not?

Among the most famous of her husbands are the founder of the Hilton dynasty, Conrad Hilton, and the British actor George Sanders. 7 of these marriages ended in divorce (as expected), and one of the marriages was declared null and void. Their last marriage was the longest and was only ended by their death. 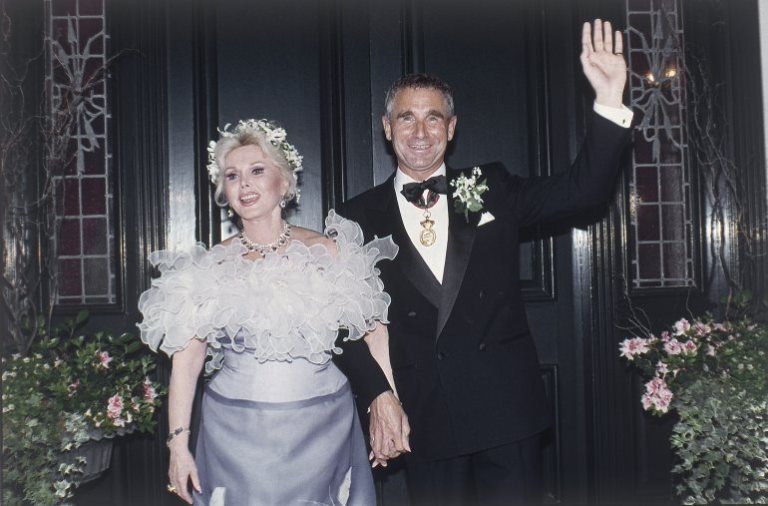 Here is a sequential order of Zsa Zsa Gabor’s husbands:

2 Conrad Hilton: They married in 1942 and divorced in 1947. According to Gabor, the late hotel magnate denied her freedom when they married. Their union produced a child.

3 George Sanders: They married in 1949 and divorced in 1954 after 5 years. The British actor later married Gabor’s older sister Magda Gabor.

4 Herbert Hutner: They married in 1962. According to Gabor, Hutner did not give her the freedom to pursue her work as an actress, and so the marriage ended in 1966.

8. Felipe de Alba: The marriage between Gabor and Felipe de Alba was concluded on 13 April 1983, but for some reason, it was declared null and void only 24 hours later.

After her 8th marriage was annulled after only one day, Zsa gave Zsa Gabor another shot at love. On August 14, 1986, she married Frédéric Prinz von Anhalt, a German-American entrepreneur, and adopted a descendant of Princess Marie-Auguste von Anhalt.

The marriage lasted 30 years and ended in 2016 with the death of Gabor. The couple had no children but adopted 10 adult men. The adult men had each paid 2 million dollars for the adoption so that they could become descendants of Princess Marie-Auguste of Anhalt. Frédéric Prince of Anhalt had paid the princess some money a few years earlier to adopt him so that he could bear the title “Prince”.

Zsa Zsa Gabor had only one child in her life, Constance Francesca Gabor Hilton. Gabor had the child during her marriage to the late American hotelier Conrad Hilton. According to Gabor, the pregnancy occurred after she had been raped by her then-husband.

Constance Francesca Hilton was born on 10 March 1947. She died at the age of 67 on January 5, 2015, one year before her mother died. She was a great aunt of the famous American social and media personality Paris Hilton.

Zsa Zsa Gabor lived a very long life, only 2 months before her hundredth birthday. Born in Hungary, she died on 18 December 2016 at the age of 99 from a heart attack in the house in Los Angeles that she shared with her husband, Frédéric Prince of Anhalt.

ALSO READ: Who Are Julia Louis-Dreyfus Parents and What Do We Know About Her Husband & Kids?

Zsa Zsa Gabor was last estimated to be worth about $40 million, but it is unclear how much of this fortune was left at the time of her death. Much of her fortune was acquired through her acting career, not to mention her high-profile marriages to millionaires.

In the last years of her life, Gabor struggled with many illnesses that consumed much of her wealth. Her husband Frédéric Prinz von Anhalt had to sell her house to pay her medical bills. But illness was not all that cost Gabor’s money.

During her almost 100 years of life, Zsa Zsa Gabor was dedicated to the good life. She loved to celebrate with the great and powerful, and as we all know, celebrating with the rich costs a lot of money. At the peak of her career, Gabor was known for having over 5000 designer pieces in her closet.

Apart from her lavish lifestyle, the late celebrity was also the victim of 2 major scams. In 2005, Gabor filed a lawsuit against her only daughter Constance Francesca Gabor Hilton for forging her signature to obtain a $2 million loan. She was also defrauded of $7 million by the notorious fraud Bernie Madoff.

Zsa Zsa Gabor was not the most level-headed of her generation, nor did she leave behind much wealth. However, she always had enough for herself, since she neither filed for bankruptcy nor was in debt.