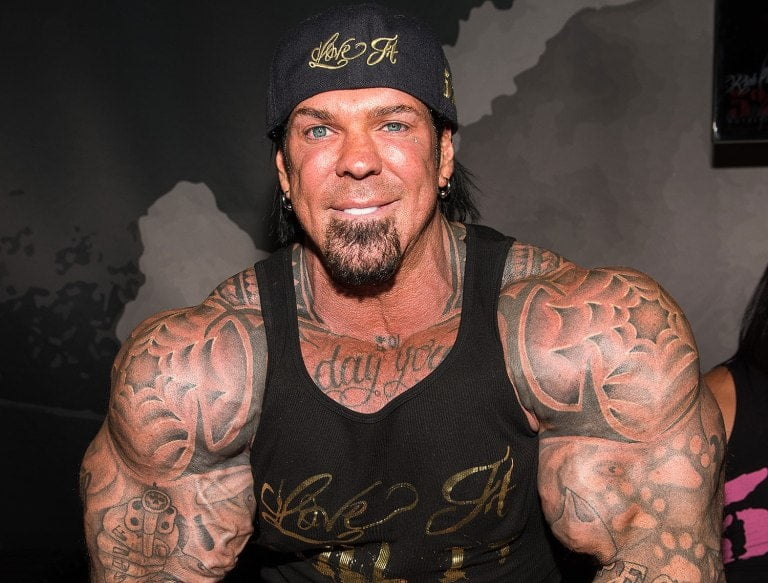 Born as Richard Eugene Piana, Rich Piana was a famous American bodybuilder who did everything to have the perfect body and keep it in shape, and he managed to do so until his sudden death in 2017. Before he died, Piana won several competitions that earned him several titles, such as the Mr. Teen California title, which he won in 1989 after participating in a competition of the International Federation of Bodybuilders (IFBB). He also won the IFBB’s Mr. California competition in 1998 and the National Physics Committee (NPC) competition in 2003 and 2009. Learn more about the bodybuilder; bio, career, and what led to his death.

Who Was Rich Piana?

As mentioned above, Rich Piana is a US-American bodybuilder. He was born on September 26, 1970, in Glendale, California, the son of a father of Italian descent and a mother with Armenian roots. He developed an interest in bodybuilding as a child when he followed his mother to the gym and watched her train for her bodybuilding competitions. Apart from his mother, Piana was also strongly inspired and influenced by an old-school bodybuilder, whom he knew as Bill Cambra.

Influenced by these two important people in his life, Rich began training and weightlifting at the age of eleven. By the age of fifteen, he was already participating in bodybuilding competitions. By the time he turned eighteen, he had won several titles, including the IFBB Mr. Teen California title in 1989. In 2003, he won several competitions and titles, including NPC competitions in the Los Angeles super heavyweight class. In 2009, he won the Sacramento Super Heavyweight Class and the Border States Classic Super Heavyweight Class, and the 2009 Overall Championship.

Rich began a steroid cycle practice called “test and deca” after he was eighteen years old. The practice involves a combination of an anabolic steroid called testosterone (the primary male sex hormone) and Deca-Durabolin – commonly known as nandrolone. It took twenty-five years before Rich Piana realized the damage he was doing to his body by using the steroids. Later he publicly admitted that the risks he took by using these substances were very high. He added that he knew the risks but was still willing to take the risk, but advised budding bodybuilders to stay natural and avoid using steroids completely if they could.

Who Was Wife Or Girlfriend?

Piana was married twice. The name of his first wife is not known, but they allegedly separated after he cheated on her. In 2015 he married the Icelandic bodybuilder Sara Heimisdóttir, but the marriage ended the following year after he accused her of stealing from him and using him to get into the US, so the marriage was annulled due to false statements. Before his second marriage, Piana had a back and forth relationship with Chanel Jansen, and after his marriage to Sara ended, he resumed his relationship with Jansen, who was with him at the time of his death.

How Did He Die?

Rich Piana died on August 25, 2017, two weeks after he was placed in an artificial coma following a cardiac arrest in his home in Florida. Piana had collapsed in his home on August 7, 2017, after suffering a sudden cardiac arrest while his girlfriend and fitness model Chanel Jansen was cutting his hair.

According to Jansen, at the time he collapsed and hit his head, she called the emergency manager, who gave her instructions on how to give him CPR before the paramedics arrived. When the medical team finally arrived ten minutes later, they confirmed that his heart was no longer beating properly. By the time his heartbeat was finally restored, so much time had passed that there was brain damage caused by lack of oxygen.

According to reports, the paramedics found crushed white powder next to a straw at his home and had to administer Narcan (a drug to counteract a possible opiate overdose). When the police arrived at his home, they reportedly found no less than twenty bottles of testosterone. Piana finally died on August 25, 2017, after two weeks in a medically induced coma, he was 46 years old.

An autopsy performed on him later revealed that he suffered from serious heart disease. The autopsy also revealed that Rich Piano’s heart and liver were enlarged and weighed twice that of a normal average adult male. Chanel confirmed this by stating that the bodybuilder knew that his organs were enlarged, which was the result of the steroids and hormone supplements he had been taking over the years, but he was unaware that this put him at risk of sudden cardiac arrest.

According to Celebrity Net Worth, Piano’s fortune at the time of his death was $4 million, derived both from his career as a bodybuilder and from his business ventures. Rich Piana had his own line of nutrition products called Rich Piana: 5% Nutrition.