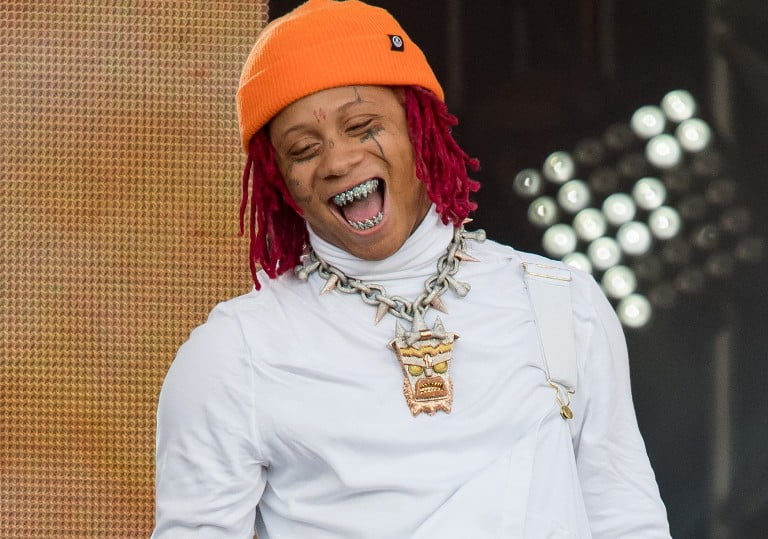 Catch them young is a cliché that best describes the emergence of teenagers and young adults in a community where they were previously unknown, namely in the music industry. Trippie Redd is an American rapper and singer who is rapidly gaining momentum in the music industry. He is best known for his songs Love Scars, Dark Knight Dummo, and Can You Rap Like Me.

Who is Trippie Redd?

Born on June 18, 1999, with the birth name Michael White IV, he is better known by his pseudonym, Trippie Redd. He was born in Canton, Ohio, where he has been called the second most dangerous small town in the United States. The name of his parents is not known, but he was raised by his mother because his father was imprisoned at the time of his birth. He is of African American, Indian and Irish descent.

He describes himself as a loner, despite being part of a street gang. He graduated from high school in Canton with a grade point average of 4.0 but postponed attending college to build his budding music career.

What Inspired Trippie’s Love For Music?

Trippie’s mother played a lot of Alicia Keys, Nas, Ashanti, Beyonce, and Tupac when he was growing up. He listened to Lil Wayne, T-Pain, and Marilyn Manson, which greatly influenced his musical style.

He had an older brother, Dirty Redd, who pursued a music career and whose sudden death in a car accident in 2014 made him more determined than ever to pursue his musical aspirations to fulfill his brother’s dream. Redd also has a younger brother named Hippie Redd and a cousin whose stage name is Famous Dex.

Trippie is versatile and creates beautiful lyrics by combining different genres to create his own style, ranging from hip-hop to R’n’B to alternative rock and basically pop, and this has earned him a large following. He believes that his achievements in the music industry will ultimately determine his success as a rapper, responding to those who judge him solely on his looks.

Trippie Redd made his first studio recording at the age of 10 in 2014, he released Sub-Zero and New Ferrari, although he later deleted the songs. A strong desire to succeed led him to Atlanta after high school, where he met rapper Lil Wop, who was to help him record his three songs: Awakening My Inner Beast, Beast Mode, and Rock the World Trippie. Later he got a contract with the label Strainge Entertainment, owned by Elliot Grainge, the son of the chairman of the Universal Music Group, and moved to Los Angeles.

In May 2017, his debut mixtape “A Love Letter to You” was released, with the lead single “Love Scars” being positively received and widely acclaimed. Other singles on the album include Romeo & Juliet, Can You Rap Like Me, Blade of Woe.

2017 was a good year for Trippie, as his two albums were released and he worked with many well-known artists, including Lil Wayne, XXXTentacion in his album 17, his friend Lil Wop in Angels & Demons. He also released the song Dark Knight Dummo with Travis Scott. There might also be a possible collaboration with Drake in the near future.

Who is The Girlfriend, How Tall Is He, What Happened To His Teeth?

Not much is known about the young rapper’s private life, but it can be assumed that he is currently in a relationship. In his contributions to social media, he has been portrayed with a girl who is close to him, but whose identity he has not yet revealed.

Trippie is easy to identify with his red dreadlocks, a mouth full of gold teeth that he likes to show off, and several facial tattoos, love scars, and 14th-years tattoo. The “love scar” tattoo gave his first big hit its name. Does it have a height of 5’6? (1.68 m).

His Social Media Life – How Much Is He Worth?

Redd boasts burgeoning fame on social media platforms, with over 1.8 million followers on his Instagram, 60,000 followers on SoundCloud, and over 150,000 on Twitter. He is becoming a force to be reckoned with in the music industry and has attracted the attention of critics and fans alike. He has acquired a considerable amount of net worth for himself, estimated at around $300,000.