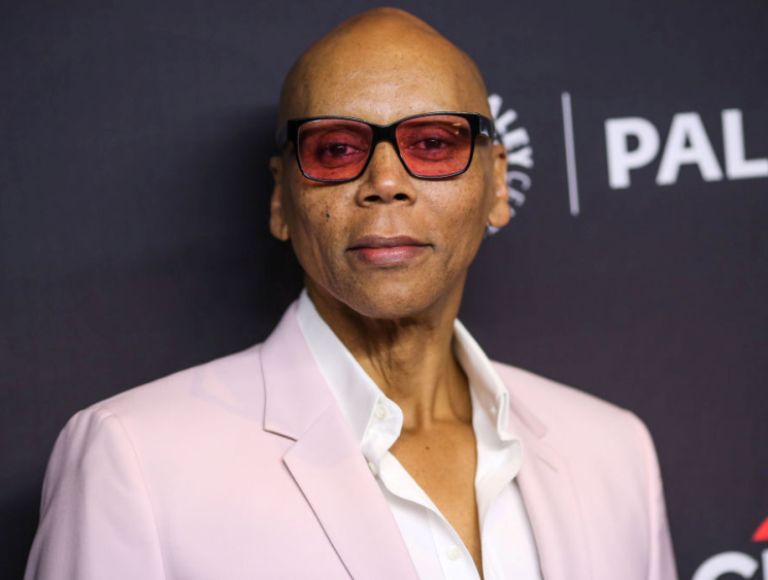 Think of a drag queen, think of RuPaul, the man who is by far the most commercially successful drag queen in America. His name has more first names than we could document. In fact, no other drag queen-related show is as popular as his RuPaul’s Drag Race, which has been broadcast internationally over eleven seasons in Europe since its premiere on February 2, 2009.

The show earned him consecutive Emmy Awards for outstanding presenters for a reality or reality contest program in 2016 and 2017. In addition to hosting the show, RuPaul is also active as a singer, actor, and model. Here you will find everything you need to know about the man who is considered America’s most famous drag queen.

RuPaul Biography, How Old is He?

RuPaul could have just been named Paul, but his mother Ernestine Toni Charles just loved the sound of roux (P.S.: roux is a mixture of flour and fat used to thicken sauces), so he named him RuPaul. He is sometimes simply referred to as “Ru”. His full name is RuPaul Andre Charles and he was born on November 17, 1960, in San Diego, California. His parents divorced when he was a child, about 7 years old, and Ru came to spend the rest of his childhood with his mother and three sisters… which somehow explains his femininity.

Ru was very fond of one of his sisters, Renetta, and at the age of 15, he moved with her to Atlanta, Georgia, where he began studying performance art. After receiving a proper education, Ru began a career in entertainment and became a part of the underground cinema. In addition to acting, Ru began singing and performing in various nightclubs using the drag image. Later he moved to New York City. By the mid-1990s, RuPaul’s popularity had grown so much that he received a sponsorship contract from MAC Cosmetics.

His single “Supermodel (You Better Work)” from his 1993 debut album was his first big hit in the Billboard Hot 100 charts. After the album’s success, his first talk show, The RuPaul Show, featured interviews with celebrities. He also began hosting a radio show on WKTU with Michelle Visage. Despite his involvement with television and film, Ru continued to make new music. Over the years, he has released at least 14 studio albums.

Ru’s notable films include The Brady Bunch Movie (1995), But I’m a Cheerleader (1999), and Hurricane Bianca (2016). In addition to his show, Ru has appeared on a number of other television shows, including Girlboss on Netflix. Ru is the author of at least two books. Outside of Drag, he has appeared as a man in several film roles.

Music, television, film, modeling, and endorsement businesses are RuPaul’s main sources of income. However, his reality TV show is still his biggest moneymaker. The show has spawned two successful spin-offs. In autumn 2013 he launched his first make-up line in collaboration with Colorevolution.

While the total net worth is estimated at $10 to $16 million, we still have to prove any of these figures.

Wife or Husband, Is He Gay?

RuPaul’s sexuality is nothing new to the world. He is proud to be a gay man and has been since the mid-1990s. Since 1994, he has been dating Georges LeBar, the man who is now his husband. Georges LeBar was born on January 24, 1973, is of Australian descent and, unlike Ru, could not be less interested in the limelight, which could be one of the reasons why Ru rarely speaks about him in the media.

RuPaul’s husband is a painter and ranch owner. He owns a huge ranch in Wyoming that stretches across two states. The couple met on the dance floor at Limelight, a notorious nightclub in New York City. According to Ru, LeBar was dancing like a madman on the dance floor when he came up to him to find out what he was going through. It turned out that LeBar was ecstatic about his new year because that day happened to be his birthday. It was 1994, and since then the couple has been starting out and staying true to each other.

In 2015 Ru Buzzfeed told Buzzfeed that he was not considering marriage and agreed to have LeBar only as a pious partner. But as they say, time changes things and in January 2017 the couple entered into the covenant of marriage in a private ceremony. Their wedding took place on the very day they met, LeBar’s birthday, 23 years later. Ru waited two months after their union before announcing to the media in March 2017 that he had married LeBar.