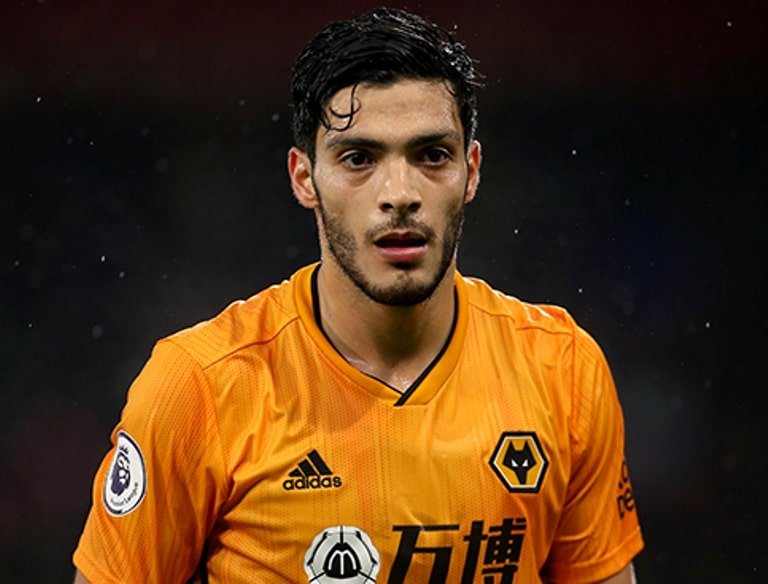 Raul Jimenez is a Mexican footballer who plays for both the Mexican national team and Portuguese club Benfica as a striker.

Before joining the Mexican national team in 2013, he was a member of the Mexican U-23 team that represented his country at the 2012 Olympic Games in London.

The experienced striker began his career at Club America and made his professional debut during the Apertura tournament when he played in the game against Monarcas Morelia. He became the team’s second-best scorer and soon the clubs were knocking. In 2014, he was sold to Spanish club Atletico Madrid (then reigning champions). After a season with this club, he was sold again, this time to Portuguese club Benfica.

Raul was born on 5 May 1991 in the city of Tepeji in Hidalgo, Mexico, as Raúl Alonso Jiménez Rodríguez. His father is Raúl Jiménez Vega and his mother is Martha Rodríguez. Raul also has a sister named Miranda Jiménez. There is no available information about his educational background, his early life, or what his parents did for a living.

Jimenez began his career in the youth system at Club America, which saw him as a promising striker. He made his first professional debut in 2011 in a game against Monarcas Morelia during the Apertura tournament.

He scored his first professional goal in the match against Puebla, which ended in a 3-2 defeat, scoring in the second minute. This was his only goal in his debut tournament. The following year, Raul was put on the bench until week 7 of the tournament when he was substituted for Christian Bermúdez in the game against Atlas, which ended in a 1-1 draw.

In 2012, he was listed as part of the Mexican U-23 squad that represented Mexico at the London 2012 Olympic Games. Upon his return from the Olympics, he was appointed to the squad for the 2012 Apertura Tournament. In this tournament, he played as a second striker alongside Christian Benítez.

In the 2013 Clausura tournament, he played as a starter in the first two league games. He scored his first goal in a 4-0 win over Atlante. He scored his second and third goals in the match against Guadalajara, which ended in a 2-0 win. By the end of the regular phase of the tournament, Raul Jimenez had scored a total of eight goals.

América recorded a 1-0 away win in the first leg of the play-off quarter-finals. In the return leg of the semi-final series against Monterrey, Raul Jimenez scored a penalty that helped them to a 2-1 win (4-3 overall) and sent them through to the final round against Cruz Azul, whom they defeated to become league champions of the year.

Raul Jimenez’s career at Club America lasted until August 2014, when Spanish club Atlético Madrid paid 11 million euros for him in a six-year contract. His first match was the final of the Ramón de Carranza tournament before the season against Sampdoria. Jimenez made his La Liga debut in August 2014 in a match against Rayo Vallecano that ended in a goalless draw.

His first league goal and only goal for Atlético this season was to be scored in a 4-0 win over Sevilla in September.

In August 2015, Jimenez joined Portuguese champions Benfica under a five-year contract. Benfica reportedly spent €9.836 million to bring Raul to the club, including the brokerage fees for signing the contract and the transfer fee itself.

Jimenez joined the Mexican national team in 2013, but before that, he was part of the Mexican U-23 team that represented Mexico at the 2012 Olympic Games in London.

It is not known that Jimenez is married or has children. He also seems to be a very private person, as there is almost nothing online about his private life. However, he has recently been associated with a Daniela Basso, although the authenticity of the allegations cannot be guaranteed, as they have not been confirmed by either the star or the lady in question.