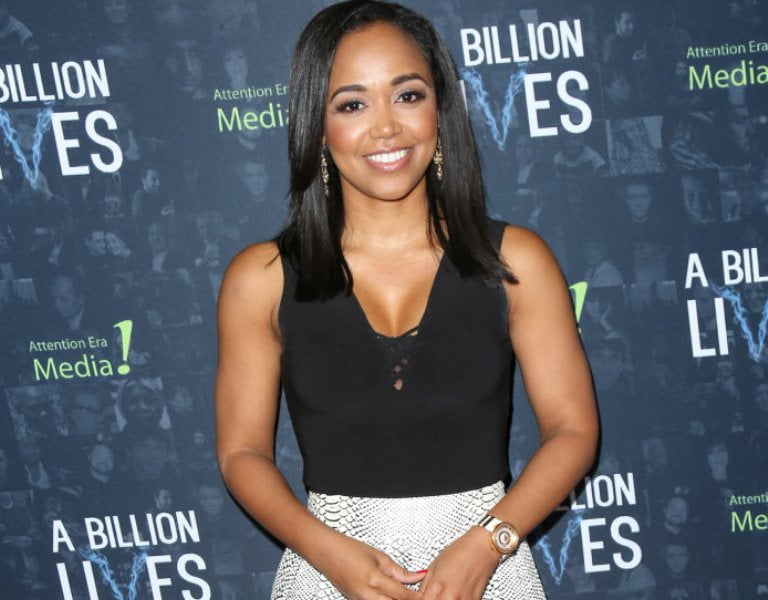 Faith Jenkins is a beautiful black American lawyer, media personality and
Legal commentator and analyst, who has been with MSNBC since 2014

Faith Jenkins was born on September 21, 1977, in Louisiana. After high school in C. E. Byrd High School Shreveport, Louisiana, she went to Louisiana Tech University, where she earned a bachelor’s degree in political science.

She received her Juris Doctor from the Southern University Law Center in Baton Rouge, Louisiana, and was top of her class.

Aside from loving books, Jenkins is what you would call beauty with brains, as she has also entered several beauty contests and won several laurels. For example, she was the first black woman to win the Miss Louisiana Tech title in 2000.

After winning the Miss Louisiana title, she participated in the Miss America 2001 contest where she became the first runner-up, won the Quality of Life Award, and became the preliminary winner in Swimsuit and Talent.

Her participation in beauty contests made her so popular that she saw it as a way to inspire young people and give something back to her community. During her reign as a beauty icon, Jenkins spoke to students in some of the nation’s most economically underprivileged areas and extended her reach to young people in youth facilities, rehab centers, and boot camps to inspire, motivate and encourage them to overcome life’s obstacles and pursue their dreams.

Today Jenkins sits on the bench in her own courtroom in her own show to settle disputes between real people with real cases, but how did she get here, how did a beauty queen become a lawyer? Well, that’s what we want to find out in the next paragraph.

Interestingly, Faith Jenkins did not take a job in the beauty, fashion, or entertainment industry after graduation, but was interested in legal matters

She began her career as a trial lawyer in the New York City office of Sidley Austin. After five years in that position, Jenkins became an Assistant District Attorney and prosecuted criminals in the Manhattan District Attorney’s Office.

Feeling that her time with the Manhattan DA’s office was over, she returned to private practice, this time with a New York law firm specializing in federal investigations, commercial litigation, defense of white-collar criminals, and other civil and criminal matters.

Jenkins has appeared as a legal analyst on popular television networks such as CNN, Fox Business Channel, Fox News Channel, and MSNBC, and has appeared on various programs on those networks, including The O’Reilly Factor, Politics Nation with Rev. Al Sharpton, Fox & Friends, Studio B with Shepard Smith, Lou Dobbs Forum, Your World with Neil Cavuto and many others.

She has also written opinion pieces in the New York Daily News. Since 2014, Jenkins has hosted a new daytime court show called Judge Faith. This was followed by a crime documentary series – Justice By Any Means, which she became the host of in December 2015.

It wouldn’t be wrong to say that she is currently at the peak of her career, and she continues to be active in the Miss America organization, judging the state trials every year.

The former beauty queen is said to have a net worth of $2 million. Her income obviously comes from her work as a judge, which is said to have paid well since her premiere in 2014.

Despite her popularity both as a former beauty and as a practicing lawyer, Judge Faith Jenkins has managed to keep her private life completely away from the media, who do not know much about her parents, siblings, or even her family.

The same applies to her relationships. There was once a rumor that she was with her colleague Nick Young after she tagged him after an Instagram posting. Of course, this ended up as a rumor and it was never confirmed whether they were together or not.

Jenkins is said to be married, but there is no evidence to officially confirm this claim. So we only believe that she is single for the time being until we confirm that she is married or in a serious relationship.

ALSO READ: Anjali Pichai Bio and All You Must Know About Her, Her Husband and Family