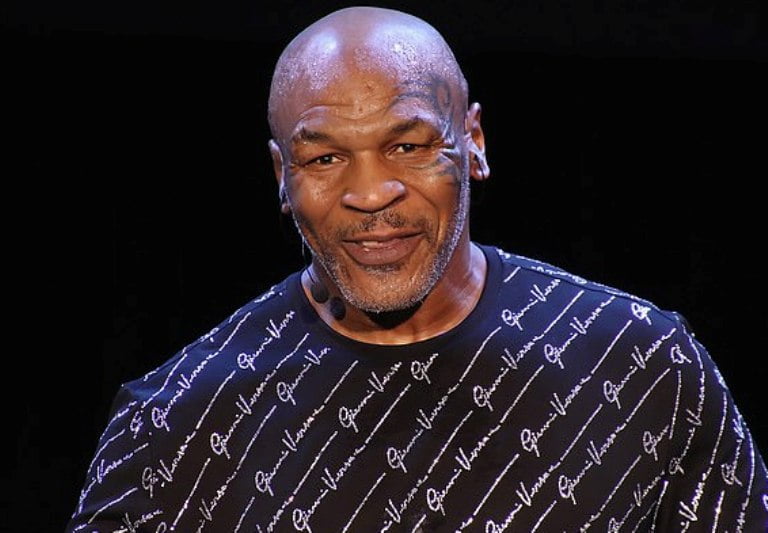 Tyson had the strength of a bull, his punches came very fast and his defensive skills were unsurpassed. His aggressive behavior in and out of the ring, coupled with his ability to finish off his opponents in just one round, earned Tyson the nickname “Iron Man”.

Mike Tyson’s winning streak lasted until 1990 when he lost the belts to an underdog Buster Douglas. He went to prison in 1992 after being convicted of rape. After serving a three-year prison sentence, Tyson immediately returned to the ring and made several efforts to regain the top spot.

Tyson is also notorious for biting the ear off his opponent Evander Holyfield during a high-profile match in 1997. The former heavyweight champion was disqualified for this bizarre act, fined a very large fine, and also had his license revoked.

As controversial as his career was, Mike Tyson is still considered one of the greatest heavyweight boxers of all time. In 2011 he was inducted into the Boxing Hall of Fame. After his retirement, Tyson ventured into show business and also launched his own clothing line. His acting career can boast blockbusters like The Hangover.

Mike Tyson was born Michael Gerard Tyson on 30 June 1966 in Brooklyn, New York. His parents were Jimmy Kirkpatrick and Lorna Tyson. Tyson was raised by his mother after his father left her. Due to limited resources, Tyson’s mother was forced to move to Brownsville, a rough neighborhood of Brooklyn with a high crime rate.

As a young boy, Mike Tyson was a small-frame and an easy target for bullies. To defend himself, young Tyson developed into a notorious street fighter. At the age of 7, he was recruited into a criminal gang, dropped out of high school as a teenager, and had already been locked up more than 30 times by the age of 13. However, his outstanding fighting skills were discovered by former boxer Bobby Stewart during one of his stays in a juvenile detention center.

As a teenager, Tyson won gold medals at the 1981 and 1982 Junior Olympic Games, a precedent for what was to become of the fiery boxer. He made his professional debut in 1985, and a year later (1986) he was crowned world heavyweight champion. The following year, Tyson successfully defended his heavyweight title against James Smith, which also earned him the title of the World Boxing Association (WBA). In the same year (1987), Tyson won the International Boxing Federation (IBF) title from Tony Tucker, making him the first boxing world champion to hold all three major boxing belts at the same time.

Mike Tyson maintained his winning streak until February 11, 1990, when he was beaten by underdog Buster Douglas. After losing his titles, things seemed to go downhill for the former champion. In March 1992 Tyson was found guilty of rape and sentenced to 6 years in prison. However, he was released after only 3 years in prison.

After his release Tyson immediately returned to the ring to regain his place as a boxing champion. On November 9, 1996, after a series of successful flights, Tyson competed against reigning heavyweight champion Evander Holifield. Tyson was defeated by knockout in the 11th round. However, Tyson cried over a foul and claimed that Holyfield unlawfully headbutted him several times during the fight. He threatened to pay Holyfield with his own coin.

On June 28, 1997, Tyson booked a rematch with Holyfield. The return match was a high-profile fight that attracted a record number of spectators worldwide. However, the spectators and match officials got more than they expected when things went wrong in the third round of the match. In a bizarre turn of events, Mike Tyson grabbed his opponent’s head and bit off a piece of his right ear.

This unprecedented move led to Tyson being disqualified from the fight, followed by countless other sanctions imposed by the boxing federations. On July 9, 1997, Mike Tyson’s boxing license was revoked and he was fined $3 million. He tried to regain his license, while his private life was also in turmoil.

He was somewhat lucky in October 1998 when he was reinstated his license. Tyson quickly set out to return to his victorious ways, but without success. From the time he got his license back until the end of the millennium, Tyson was prosecuted with numerous charges of violence and sexual misconduct.

In 2000, the situation seemed to come to a head for Tyson after he failed a random drug test. The last high-profile fight in Tyson’s career was against British boxer Lennox Lewis. He lost the fight by knockout, and that meant the beginning of the end for the former undisputed champion. In the following years, Tyson suffered a series of further defeats, and in 2005 he decided to hang up his gloves.

Since his retirement, Tyson has undertaken several ventures to reinvent himself. He went on an exhibition tour in 2006 and starred in the comedy The Hangover alongside Bradley Cooper and Zach Galifianakis in 2009.

In his dynamic life, Mike Tyson has had his fair share of controversy, relationships, and scandals. However, he seems to have found peace, and currently considers himself lucky to be blessed with the family he has. Mike Tyson is married to Lakisha Spicer. The couple sealed the marriage covenant on June 6, 2009, in the wedding chapel of La Bella. They have 2 children together, the daughter Milan and the son Morocco.

Before his current marriage, the former heavyweight world champion was married twice in the past. Between 1997 and 2003 he was married to Monica Turner. Monica Turner is a pediatrician and was an intern at Georgetown University Medical Center. She filed for divorce in January 2002, claiming that Tyson was unfaithful during their marriage.

Before her, Tyson was married to the American actress Robin Givens. The two had appeared in a Pepsi commercial in 1988. His marriage to Robin lasted only one year from 1988-1989 and ended on 14 February 1989, after Robin announced on national television that she was terribly afraid of Tyson.

In 2002 Tyson welcomed a second son, Miguel Leon Tyson, with an unknown partner. In 2005 he welcomed the daughter Exodus Tyson with Sol Xochitl. However, on May 25, 2009, a tragedy struck the Tysons: Tyson’s daughter Exodus, who was 4 years old, got caught in a rope dangling from a domestic treadmill. She died the day after the accident from her injuries.

At the peak of his career, Mike Tyson received up to $20 million per fight. For his unfortunate rematch in 1997 against Evander Holyfield, he received 30 million dollars.

According to Forbes, the former undisputed boxing champion accumulated over 400 million dollars during his career. Unfortunately, he belongs to the superstars who have squandered their wealth through an overly extravagant lifestyle.

After years of making terrible financial decisions, with countless lawsuits against him in connection with his dwindling career, Mike Tyson filed for bankruptcy in 2003. The former boxing champion announced to the world that he was broke with an accumulated debt of $23 million hanging around his neck.

After he retired from boxing in 2005, Tyson ventured into acting and several business partnerships to get himself out of the swamp. He went from being a multimillionaire to a multi-millionaire and lived from one paycheck to another. His current estimated net worth is $3 million.

Although he lived his early years in the fast lane, the former boxing star is still alive and well. Mike Tyson has also suffered several tragedies in his life, but the tragic loss of his 4-year-old daughter Exodus in 2009 has hit him hard and made him rethink the man he is.

Tyson, who earned the nickname “the worst man on the planet”, now shows a more subtle version of himself. The former sports star, who was known for making headlines for the wrong reasons, has now transformed into a healthy family man.

However, he fell victim to a celebrity coup d’état in February 2018 when it was claimed he died of a heart attack. As soon as the fake report came out, “homage” streams in through social media. The boxing star did not immediately respond to the rumor, but judging by his activities on social media, everyone soon realized that he was very much alive.