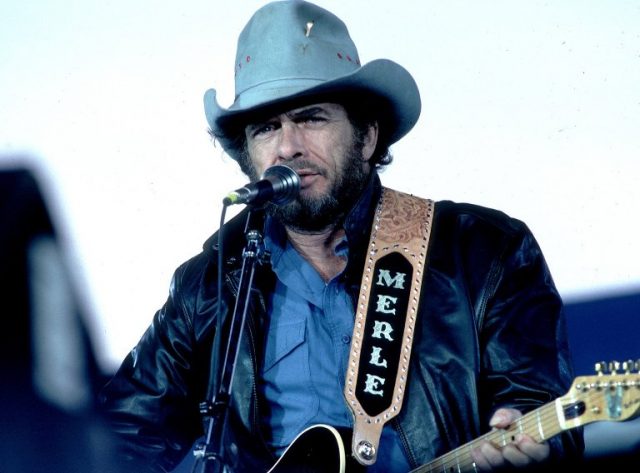 American country legend Merle Haggard was many things at many different times. Apart from being a country singer, he was also a songwriter, guitarist, and a skilled player of various other musical instruments. Merle was one of the people who formed The Strangers, a music group that made country music what it is today, especially after composing the Bakersfield sound, which is said to be a combination of harmonies with the popular steel-made guitar.

Merle Haggard is credited with the release of several hit albums among his 70 released albums, which included 600 songs, including some he wrote himself, which totaled 250. He also had 38 songs that topped the U.S. country charts, and as his success spread, Merle Haggard gained international recognition, which included his induction into the Country Music Hall of Fame in 1994 and a place in the Oklahoma Music Hall of Fame in 1997, among many other honors he received during his lifetime.

Popular albums by the country legend include Someday We’ll Look Back, If We Make It Through December, The Fighting Side of Me, and A Working Man Can’t Get Nowhere Today. His number one hits include “I’m a Lonesome Fugitive,” “Branded Man,” “Sing Me Back Home,” “Bar Room Buddies,” “I Think I’ll Just Stay Here and Drink,” “My Favorite Memory,” “Big City,” “Yesterday’s Wine,” and “Going Where the Lonely Go.

It is a fact that Merle Haggard had a very successful musical career, which not only earned him international recognition but also rewarded him financially for his success. At the time of his death, he had accumulated a net fortune estimated at $40 million.

ALSO READ: Does Bob Harper Have A Gay Partner, Boyfriend, Or Is He Married To A Wife?

Is Merle Haggard Dead Or Alive?

Merle Haggard, born April 6, 1937, in California, U.S.A., died on April 6, 2016, his 79th birthday. It is known that the country singer had many health problems. In 1995 Merle Haggard is said to have had an angioplasty to open up his blocked arteries. In November 2008, it became known that the country singer suffered from lung cancer, which is why he underwent a surgical procedure in which part of his lung was removed. The following year, barely a year after his cancer treatment, Merle Haggard performed two days in a row on January 2 and 3, 2009, and even went on a career tour during this time.

As his health worsened, Merle Haggard fell ill frequently and was treated for pneumonia in December 2015 and March 2016, but it only got worse and got so bad that he did not live to see it through his 79th birthday. He died at his home in Palo Cedro in Shasta County, California. His funeral rites were performed on April 9, 2016, by Marty Stuart, his close friend, at his ranch.

The country singer was not someone who was afraid of death and the great beyond, but rather Merle Haggard was concerned with how he would be remembered. Although his musical expertise has earned him a place in the Gunness Book of World Records, among many other encyclopedias, with titles such as country singer, balladeer, composer of “Okie from Muskogee” and “the poet of the common man,” Merle said of his legacy that he would be remembered as “the greatest jazz guitarist in the world who loved to play country.

The popular country singer was notorious for a number of failed marriages during his life. His first marriage in 1956 was to Leona Hobbs, the mother of his 4 children; Dana, who died on April 10, 2018; Marty, Kelli, and Noel. The marriage finally ended in 1964.

The following year, Merle Haggard again took his vows to Bonnie Owens, who, like him, was a singer and who is said to have grown very close to his heart. Owens became so close to Merle that she helped him to care for his children, and he dedicated his hit “Today I Started Loving You Again” to her. After their divorce in 1978, the two did not separate completely, as Owen kept her job with Merle as his background singer until she died in 2016.

Merle Haggard married his third wife Leona Williams in 1978 but divorced her in 1983. Two years later, in 1985, he married Ann Lane on September 11, 1993, with whom he remained until his death. Together they have two lovely children named Jenessa and Ben.

Meet Heather Sanders – Kylie Jenner’s Other Girlfriend: All You Need...

Is Chris Daughtry Married, Who Is His Wife? His Family, Height,...

Demystifying Heidi Klum’s Split From Seal and The Truth About Her...

Sofie Dossi Bio, Age, Height, Brother, Does She Have A Boyfriend?

Cassidy Gifford – Facts About The Daughter of Former NFL Player...