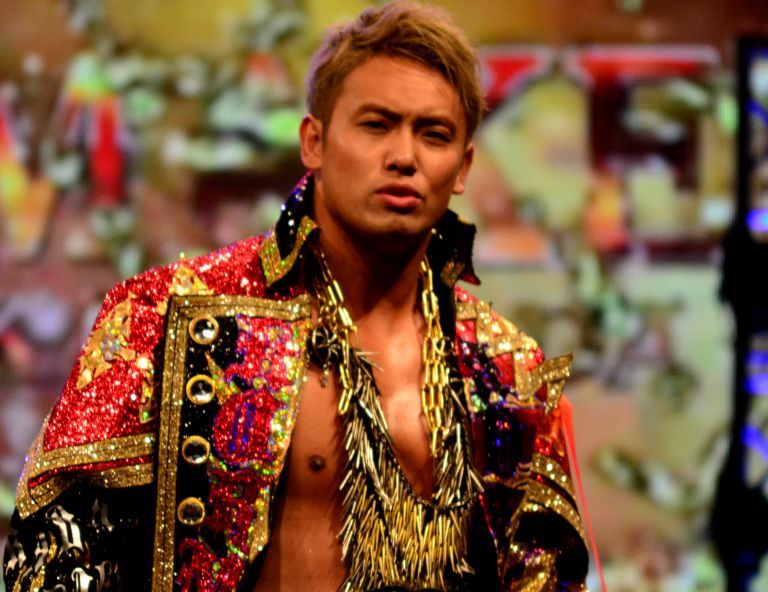 Kazuchika Okada is a Japanese professional wrestler and four-time IWGP heavyweight champion who made his debut in 2004 at the age of 16 after being trained by the legendary Ultimo Dragon. In 2007 he joined the New Japan Pro Wrestling and made his debut for promotion when he competed against Tetsuya Naito and lost a single match.

Here you will find details of his biography and all other facts you need to know about the four-time IWGP heavyweight champion.

Okada was born on November 8, 1987, in Anjo (a city in Aichi Prefecture, Japan), where he was partially raised. He started his primary school education in Anjo but had to finish it in his mother’s hometown on the Goto Islands in Nagasaki Prefecture.

After his primary schooling, however, he returned to Anjo. As a child, he showed great interest in athletics. During his time in middle school, he was a member of the school’s baseball team and the athletics team. Okada did not stand out as a baseball player, but as a sprinter, he did and won a regional 100-meter running competition.

His abilities as a sprinter were soon discovered by high school recruiters, but he did not end up as a professional sprinter. Okada was exposed to wrestling when his older brother brought home a copy of a video game for New Japan Pro Wrestling (NJPW) from his friend. From then on he cultivated his love of wrestling and was later trained by Último Dragón in his Toryumon professional wrestling school. After finishing his training Okada appeared professionally for the first time in 2004 in a fight against the Negro Navarro.

He spent the next years in Toryumon Mexico to build his career. In 2005, he won the Young Dragon Cup, and soon after that, he appeared in promotional events such as UWA Hardcore Wrestling and Chikara. In 2006, Puma beat him in the first round of the UWA Hardcore Wrestling Grand Prix Tournament. Unimpressed by this defeat, Okada challenged Chris Sabin for the NWA International Lightweight Tag Team Championship the next day, which he failed to do again.

In November 2006 he performed on Chikara and defeated Osiris this time. In 2007 he took part in the show celebrating the 20th anniversary of Último Dragón and competed in a six-man day team match with Jushin Thunder Liger and Milano Collection A.T. (NJPW wrestler).

After the match, Okada left Toryumon and switched to NJPW. He remained with the NJPW until 2010. At NJPW he did another training before he played a match against Tetsuya Naito in 2007, which he lost. During his time with the company, he participated in several high-profile games, which he also lost. Despite the many defeats, Kazuchika Okada gained fame and popularity as the audience seems to love him.

In 2010, NJPW sent him to Total Nonstop Action Wrestling (TNA) for a so-called development tour. After his time at TNA ran out, Okada returned to NJPW in January 2012 and took the name “Rainmaker”. Just one month after his return, he competed against Hiroshi Tanahashi in a match, defeating him and winning the IWGP heavyweight championship. He only held the title for four months before losing it again to Tanahashi.

That same year, he won the G1 Climax (NJPW Premier Tournament). At the end of 2012, Tokyo Sports magazine named him MVP 2012 in all Japanese professional wrestling. In 2013, he won the New Japan Cup and regained the IWGP heavyweight championship from Tanahashi, which he lost again after thirteen months.

In 2014 he won the G1 Climax for the second time and has won the IWGP heavyweight championship twice since then. Kazuchika Okada is the first Japanese wrestler to make it into the top list of the Pro Wrestling Illustrated among the 500 best wrestlers in the world.

He appeared in the Japanese music video for Pharrell Williams’ song Happy, along with fellow NJPW wrestler Shinsuke Nakamura. In 2105, he was featured as a voice character in Future Card Buddy Fight 100. Okada appeared in 2016 along with other NJPW wrestlers such as Toru Yano, Hiroshi Tanahashi, Tetsuya Naito, Satoshi Kojima, and Hiroyoshi Tenzan in the video game Ryu ga Gotoku 6.

In 2017, it was announced that the video game Tekken 7: Fated Retribution would show the heavyweight champion in-ring costume as an alternative outfit for the figure of the king. Later that year it was shown live in an episode of the WWE program 205.

Other Facts You Need To Know About Kazuchika Okada

Kazuchika was engaged to Yoko Mori (presenter of Asahi TV). The duo has been existing for four years (2013 – 2017), currently, he is in a relationship with the singer and vocalist Suzuko Mimori.

His uncle and cousin were once diagnosed with cancer in 2014, which led Okada to establish a foundation called “Rainmaker Kikin” (“Rainmaker Fund”). The foundation helps children suffering from cancer.