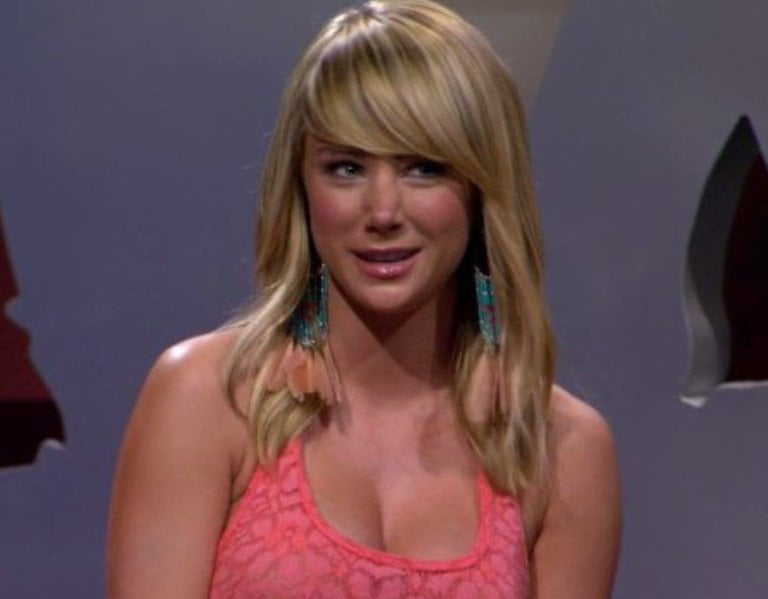 Sara Jean Underwood is an American adult model, actress, and television presenter. She is famous for winning the Playboy Playmate of the Year award in 2007 and for hosting G4’s Attack of the Show.

Sara is also known for her roles in films such as Miss March 2009 and The Telling. Before becoming famous, she worked as a sales assistant and waitress at Hooters in Oregon.

Sara Jean Underwood was born in Portland, Oregon, on March 26, 1984. She attended high school at Scappoose High School in Scappoose, Oregon, and graduated in 2002. Sara Underwood also attended two different universities – Oregon State University and Portland State University. Since she had always had the ambition and care to get into show business, she left her job after her first job as a sales assistant with a construction company to focus on modeling.

Sara began her career as a model when she appeared in the October 2005 issue of Playboy’s Girls of the Pac-10 pictorial. Underwood was also the Playmate of the Month in the July 2006 issue of the famous men’s magazine. In addition to modeling for Playboy, Underwood has shot a number of movie cameos throughout her career, including films such as Epic Movie in 2007, The House Bunny in 2008, and Miss March in 2009.

Her most notable role on television came when she delivered an incredible performance in the hit series The Girl Next Door. Sara Jean Underwood also had guest appearances in the second season of MTV’s reality show Ridiculousness. She has also promoted VictoryPoker.net and participated in the charity poker tournaments hosted by VictoryPoker.net.

ALSO READ: Jessa Duggar Bio, Baby, Twins, Net Worth and Other Facts You Need To Know

Sara Jean Underwood is a close friend of her model colleague and playmate Kendra Wilkinson. Her skills as a talent sponsor were also the reason for the discovery of the 2009 Playmate of the Year Ida Ljungqvist, whom she met while shopping on Rodeo Drive in Beverly Hills, California.

Slim, sweet, blonde, and beautiful – it’s no surprise that Sara Jean Underwood has a large fan base on various social media platforms. The beautiful model and actress has over 9 million followers on Instagram and well over 650,000 followers on Twitter. And not only that, but Sara also has more than 4.8 million fans on her official Facebook page.

Husband or Boyfriend, Is Sara Married?

Sara Jean Underwood has never been married, but she has had numerous relationships, including an alleged affair with famous television personality Kevin Pereira. She also confirmed to go out with the racing car driver Marco Andretti; the relationship lasted only 2 months. Her most remarkable relationship was with Ryan Seacrest.

After her relationship with Seacrest, Sara began dating comedian, actor, and TV presenter Jeff Dye. After she broke up with Dye, she started dating reality TV star, Roberto Martinez. The couple met and started dating in 2013 and have been dating fans ever since, expecting to get married in the near future.

ALSO READ: Who Is Nick Bateman? His Girlfriend, Height, Age, Is He Gay?

Facts to Know about The Model

1. During her school days, she was an excellent volleyball player

5. She had breast augmentations and her nose also went under the knife.

7. The model was a school friend of the now-famous American football player Derek Anderson.

8. Sara has the nickname Miss July, from close friends she is also called Bustice.

10. Miss Underwood is also a devoted yoga practitioner and took part in the eighth Kunoichi competition in Japan. In the USA she is known as one of the “Women of Ninja Warrior”. She won the first round after gaining a large lead over three contestants from Japan, who have a juicier athletic background. However, she fell behind in the second round when she misjudged a second step of the Dancing Stones and fell facedown.