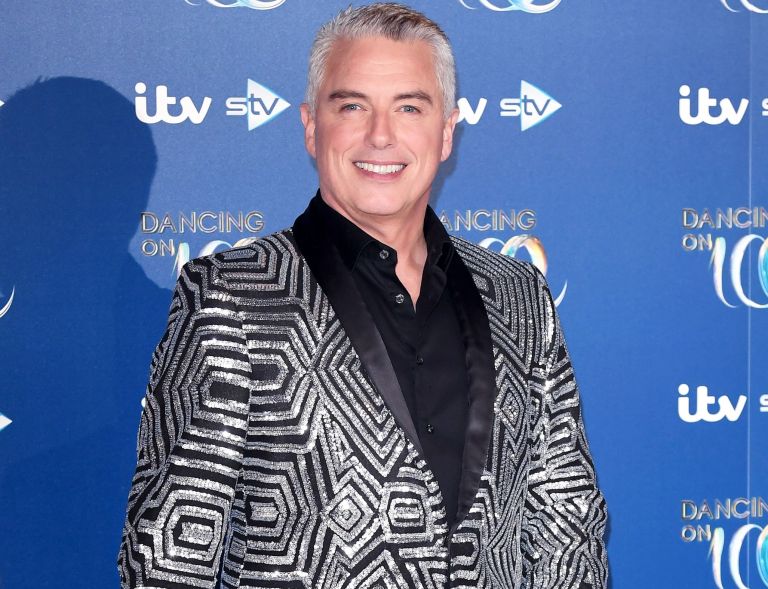 John Barrowman is a Scottish-American actor, singer, presenter, and writer. He has had many appearances on television and has been a guest on shows in both the UK and the USA. Barrowman has won several awards for his role in the entertainment industry. He appeared in one of his most famous works as Malcolm Merlyn in CW’s Arrow and Legends of Tomorrow.

Let’s talk about his sexuality, who he tied the knot with, and everything you need to know about his love life.

John was born on March 11, 1967, in Glasgow, Scotland, and is the youngest of three children of Marion and John Barrowman. His full name is John Scot Barrowman. He has one sister, Carol, and one brother, Andrew. The home’s mother was a singer who also worked as an employee, and his father worked for the heavy machinery company Caterpillar. The Barrowman family spent eight years in Scotland after John’s birth before moving to the United States.

Barrowman attended Joliet West High School in Joliet, where the family settled. During his time in high school, he was inspired by his English and music teachers, who urged him to refine and improve his artistic skills. The young Barrowman received continuous training with the school’s team of speakers. This helped John win roles in music productions such as Camelot, Anything Goes, and several others.

When Barrowman graduated from high school in 1985, he was already a naturalized citizen of the United States. When it was time for college, Barrowman went to the United States International University (USIU) in San Diego, California to study performing arts. After four years, he studied Shakespeare in Great Britain for six months.

ALSO READ: Tatyana Ali of Fresh Prince Bio: Who is The Husband, Parents, Net Worth?

Barrowman began his theater career by performing at the Prince Edward Theater, West End, London in 1989. He played roles in plays such as Matador (1991), Miss Saigon (1993), Sunset Boulevard (1994-1995). Over the years he continued to perform in plays at theaters in the United Kingdom. Barrowman also tried his hand as a television presenter for the BBC in a number of programs.

In his prime time work, Barrowman first played the lead role of Peter Fairchild in Central Park West, which was shot in 1995. His next appearance was in the Titans in 2000. In 2012 he began appearing as Malcolm Merlyn in the CW series Arrow and Legends of Tomorrow. A contract signed in 2016 allowed him to appear on other shows with superhero themes such as The Flash and Legends of Tomorrow, produced by Greg Berlanti. Barrowman decided to leave the television series Arrowverse in May 2017. He is now best known in the UK for his work on the science-fiction drama Doctor Who, in which he played the role of Captain Jack Harkness.

Is John Barrowman Gay, Who Is His Husband?

John Barrowman is openly gay and has been for a long time. He met Scott Gill, who would later become his husband, in 1993 at the Chichester Festival Theatre when the production of Rope was on. Since then they have stayed together and entered into a civil partnership on December 27, 2006.

Barrowman and Gill legally married the day after the ban on same-sex marriage were lifted in California. The date was July 2, 2013. The couple has been together for over twenty years.

Things You Need To Know About The Star

Now let’s take a look at some of the little facts you may not be aware of regarding John Barrowman.

1. We all know that John Barrowman is a talented actor, what you probably did not know is that he is actually a really good dancer. He finished fourth in the ITV talent show Dancing on Ice in 2006.

3. Will & Grace is one of the most popular US comedy series with almost 200 episodes. What you didn’t know is that Barrowman was supposed to play as Will Truman, but was dropped because of sexual problems.

5. He is a talented musician and even released a few albums in the early 1990s.

6. John is a well-known activist for the rights of homosexuals.

7. He has had a legendary career and as such has acquired considerable wealth over the years. His net worth is estimated at 4 million dollars.