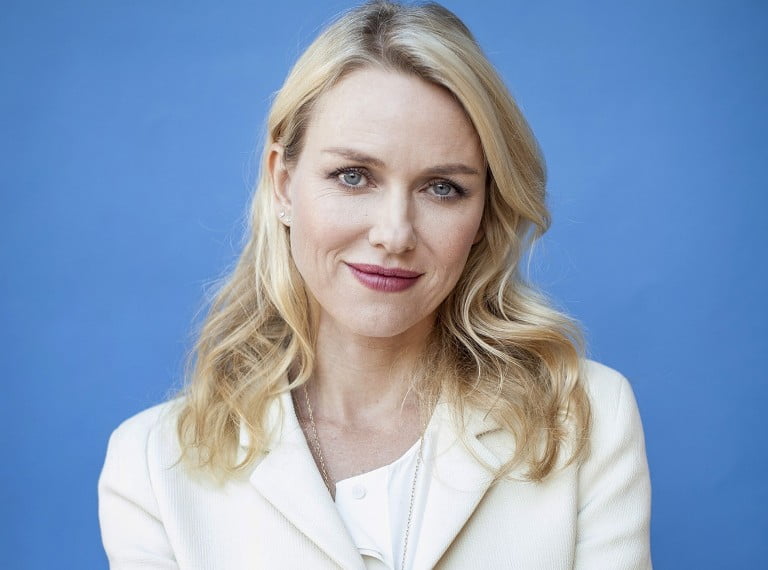 She is beautiful, amazing, career-oriented and a great performer… she is none other than Naomi Watts. Naomi is a multi-talented English actress and producer; best known for her brilliant performances in films. She made her first film appearance in 1986 in the movie For Love Alone, since then she has starred in several blockbuster movies like Tank Girl, Strange Planet, The Ring, The Impossible, The Glass Castle, Ophelia, to name a few.

Watts made her breakthrough in 2001 when she appeared in the film Mulholland Drive in the role of Betty Elms alongside Justin Theroux and Laura Harring. She received several award nominations, including Oscar nominations, Golden Globe Awards, and Screen Actors’ Guild Awards, to name but a few. For her beauty, Naomi Watts was named one of People Magazine’s 50 Most Beautiful People in 2002. She also served as an ambassador for the United Nations Joint Program on HIV/AIDS. Read on as we guide you through her biography, fortune, career, and other interesting facts below.

Born as Naomi Ellen Watts on September 28, 1968, in Shoreham, Kent, England; she was born as the daughter of the English parents Myfanwy Edwards and her husband Peter Watts. Her mother worked as an antique dealer and as a costume and set designer, while her father worked as a road manager and sound engineer for the English rock band Pink Floyd. She grew up together with her older brother Ben Watts, who is a professional photographer. Naomi attended a Welsh language school when she was young, and at the age of 14, her family moved to Australia after the death of her father, who died of a heroin overdose.

During her stay in Australia, Watts attended Mosman High School in South Wales and later moved to North Sydney Girls High School, which she never completed. She enrolled in acting classes during her high school years and at the age of 16; her first appearance as an actress was when she appeared in the 1986 film For Love Alone, entitled For Love Alone. At 18, she enrolled in a modeling agency that sent her to Japan, and after failing several auditions, Naomi returned to Sydney and was hired for advertising in a department store. While there, she caught the attention of Follow Me Magazine coy, which later hired her as an assistant fashion editor. Upon her invitation to a theater workshop, Watts quit her job as an assistant fashion editor to continue her acting career.

ALSO READ: Is John Barrowman Gay, Who Is His Husband, Everything You Need To Know

Career and Rise to Prominence

After an absence of five years from the acting scene, Naomi returned to the film industry in 1990. She was given a supporting role in the 1990 movie called Hey Dad and in 1991; she played Janet Odgers in the Stephen Wallace movie Flirting. In the same year, she appeared in television movies called Brides of Christ and Home and Way.

In search of greater opportunities, Watts moved to Los Angeles in the United States in 1992. The following year she was given a supporting role in the comedy Matinee. During the remaining nineties, Watts appeared in films such as The Custodian, Grosses Fehlverhalten, Tank Girl, A House Divided, Dangerous Beauty, Strange Planet, Under the Lighthouse Dancing, and Babe: Pig in the City.

Watts made her breakthrough in 2001 when she played the leading role of Betty Elms in the film Mulholland Drive. After her brilliant performance, the film received wide acclaim, which earned her several awards and award nominations. She subsequently starred in other high-profile films including I Love Huckabees, The Ring, King Kong, The Painted Veil, Dream House, The Impossible, Diana, St. Vincent, The Glass Castle, and Ophelia. Some of her television series include The Christmas Wish, Gypsy, Twin Peaks, The Outside, The Wyvern Mystery, and BoJack Horseman.

Net Worth: How Much is Naomi Watts Worth?

Naomi Watts has been outstanding since the beginning of her acting career and has been working in the American entertainment industry since 1986. Interestingly, she is a multi-talented lady; she earns money from both her acting and production careers. She also earns through advertising and television commercials. Naomi Watts has amassed great wealth and has received several awards on her behalf. She currently has a substantial net worth of $30 million.

In her private life Naomi took a look at her life, she had some relationships but never made it to the altar. In 2002 she started a relationship with an American actor named Heath Ledger, and after two years they went their separate ways. They had no children from their relationship.

The following year in 2005, Watts began dating another actor, Liev Schreiber. Two years later, in 2007 they welcomed their first child, a son named Alexander Pete, and in 2008 another son named Samuel Kai.

However, after eleven years of being together, their relationship turned sour and the couple decided to go their separate ways. Both agreed to the same custody of their children. Since then, the duo has dedicated themselves to being the best parents for their children while exploring their new stage of life. There is no news of Naomi’s later relationships.

Her Height and Body Measurements

This amazing actress has a wonderful and attractive personality; she has a great physique and a slim build. Naomi Watts has a height of 5 feet 5 inches, which is the average height of American women. Watts has seductive body measurements (chest – waist – hips) of 34-25-34 inches and weighs 57 kg. She also has blond hair and blue eyes. She wears a size 2 dress (US) and a size 7 shoe (US).