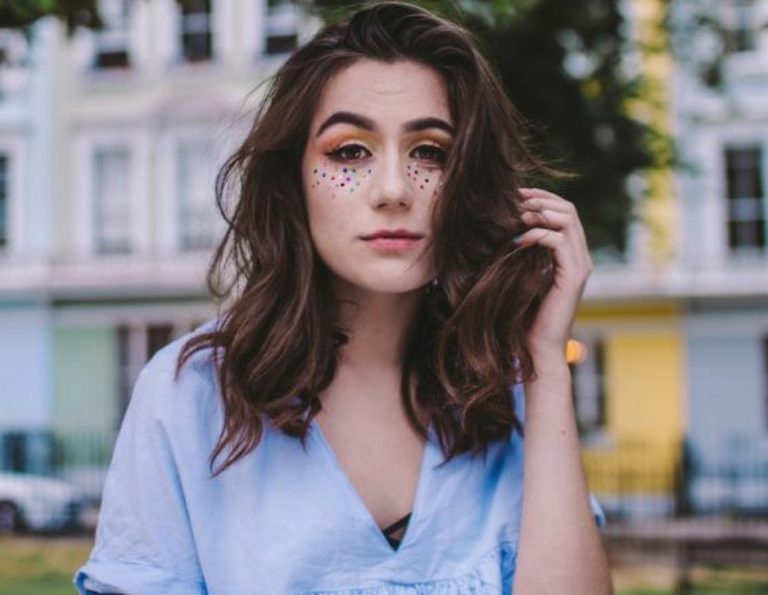 In the age of social media marketing, Dodie Clark is one of those people who take advantage of the opportunities offered by the various platforms to showcase their talents. The English star is not only a singer, songwriter, and author but also a very popular personality on YouTube, where she boasts over 1.5 million subscribers on her main channel, which also has more than 166 million viewers. Remarkably, she has a side channel that also makes waves on the platform.

On her main channel – doddleoddleodgle – Dodie Clark shares both her original and cover songs, while on her side channel, known as doddlevloggle, vlogs are posted. Her soothing voice and her skill on the piano and ukulele while making cover versions of various songs is what attract her fans in large numbers.

The singer was born on April 11, 1995, in Great Britain and was given the name Dorothy Miranda Clark at birth. Her birthplace is in Epping, Essex, United Kingdom. The YouTuber has not shared much information about what it was like for her to grow up and details of her educational background. Nevertheless, she has two siblings – a sister named Hedy and a brother named lain. Her sister can be seen in some of her videos.

As YouTuber, Dodie Clark worked with her friend Alice Webb to create her first channel, which they called “Dodders5” and later appeared on “Alice and Dodie Show! The duo founded the channel on August 1, 2007.

A younger Dodie with her sister and her grandpa

After her first channel proved successful, Dodie created her personal main channel, which she called “doddleoddle”, on February 7th, 2011, and put up her first video of an original song entitled “Rain” on April 14th of the same year. Some seven years after its creation, the channel has reached more than 150 videos, over 1.5 million subscribers, and well over 166 million.

Dodie Clark launched her side channel on 28 January 2012 and named it doddlevloggle. On her side channel, she publishes vlogs that focus on her private life. The channel currently has more than 340 videos, over 94 million views, and more than 825,000 subscribers. The popular YouTuber also has a channel on VEVO, known as dodieVEVO.

Several years after gaining ground on YouTube and other social media platforms, Dodie Clark dropped her first EP, which she released herself. The debut EP entitled Intertwined was released on November 18th, 2016. Although it wasn’t signed, the expanded piece made it to number 35 on the official UK album charts in the first week after its release.

Their second EP, You, did even better than the first. Released on August 11, 2017, the track debuted at #6 on the official UK album charts and also made it to #55 on the US Billboard 200.

Apart from music and YouTubing, Dodie Clark also has other things going on. Read on for more interesting facts about English beauty.

Height and Other Facts to Know About The YouTube Star

Her real name is Dorothy Miranda Clark and she is British.

Her first video on her YouTube main channel is an original song she dubbed Rain.

She collaborates with other YouTube colleagues like Tessa Violet and Alice Webb and maintains a close friendship with others like Luke Cutforth, Jack Howard, and Lucy Evenden. Her very first channel was shared with Alice Webb, who is also a close friend.

The YouTuber has had appearances on the popular poetry site ‘Genius’. During her time on the site, she analyzed her only “party tattoos”.

Her love life was not very full, her first known relationship was with Tow Law. Later she broke off the relationship and started dating YouTuber Sammy Paul, whereupon she made a revelation about her sexuality.

Apparently, Dodie Clark is bisexual, as she revealed on Twitter in November 2015. She also confirmed this in a video she posted on YouTube in 2016.

Together with her YouTuber colleague Manny Brown, she was co-host of Coca-Cola’s CokeTV. To the delight of their viewers, the duo took part in various activities.

The beautiful YouTube star, who was born in the sun sign of Aries, is 1.71 m tall. Further details about her body measurements are not available.