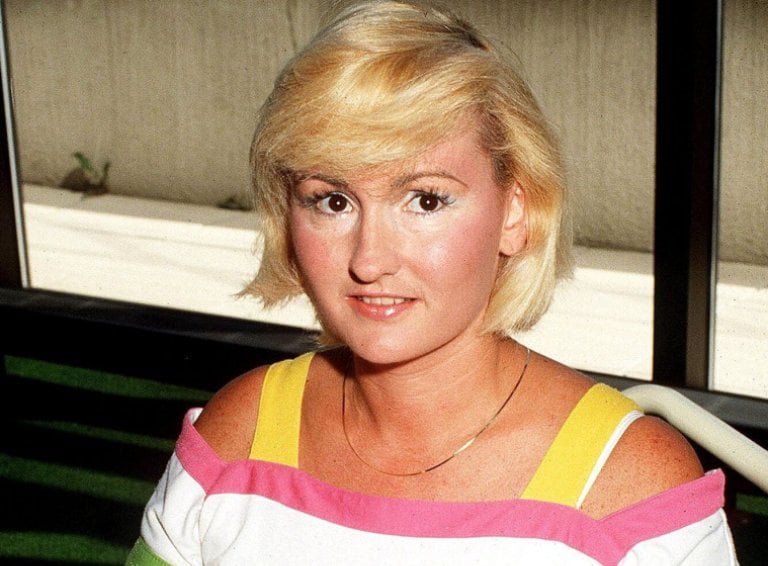 Bonnie Lee Bakley was a con artist, an aspiring singer, and an actress whose only claim to fame was her many relationships with celebrities. She was also notorious for using lonely hearts, deception, and sex to cheat unsuspecting men out of their money.

She had an insatiable thirst for the limelight and could not imagine a life where she would not end up as some kind of famous person, although she had no recognizable talent. She soon found out that the easiest and safest way for her to get what she longed for was to romantically attach herself to a celebrity and have children for him so that they would be inseparably linked for the rest of their lives. Bonnie spent her life striving for this.

Who Is Bonnie Lee Bakley?

Bonnie was born in Morristown, New Jersey on June 7, 1956, the daughter of Marjorie and Edward Bakley. She has three siblings: Margery, Joe, and a half-brother named Peter. She was raised mainly by her grandmother, as her parents were away most of the time and were trying to make a living.

She grew up poor and was sexually abused by her father, which contributed to her strong obsession to find fame and fortune somewhere far away from home. This burning desire led her to drop out of school at the age of 16 to pursue a career as an actress and model in New York City. There Bonnie Lee Bakley met an immigrant named Evangelos Paulaski, who was about to be deported and had to marry in order to stay in the States. Since she did not want to look a gift horse in the mouth, Bonnie Bakley agreed to become his wife for a fee. But shortly after they got married and paid the money, she ended the marriage and he was deported.

When Bonnie turned 21 years old, she married Paul Gawron, her first cousin. Together they had two children named Glenn and Holly. Although it turned out to be the longest of their ten marriages, the relationship ended in 1982.

Although Bonnie first tried to succeed by taking modeling jobs and getting roles as an extra in some movies, it soon became clear that she had no chance of becoming a star, so she changed her methods. She started a mail-order business and sent nude photos of herself and other women to men who were willing to pay for them.

She also ran other programs to make money, for example, by placing ads in which she looked for a male companion and then cheated the men who responded. She was also involved in credit card fraud. Her schemes were so successful that she was able to buy several properties in Memphis and Los Angeles.

Since the money was secured, Bonnie Lee Bakley set out to land a prominent partner. She began pursuing several of them, including singer Jerry Lee Lewis, with whom she eventually made a date. She had a daughter named Jerri Lee while they were together, but a DNA test revealed that she was not the singer’s child.

She continued to have other affairs with celebrities like Dean Martin, Gary Busy, Frankie Valli, and Christian Brando, to whom she began writing and sending photos when he was serving time for voluntary manslaughter. They met after he was released, and Bonnie had a daughter who she claimed was Christian Shannon Brando, although it eventually turned out that the child was Robert Blake’s – who she was also dating at the time – and her name was changed to Rose Lenore Sophia Blake.

It is said that Bonnie met the actor Robert Blake in a jazz club in 1999. The two started seeing each other and after the birth and finally the confirmation of their daughter’s paternity they decided to get married. However, their union was not without conditions, one of which was a signed custody agreement that ensured that Bonnie could only visit her daughter under the supervision and obtain written permission before her friends or family could come to Blake’s house.

Bonnie Lee Bakley and Blake exchanged their vows in November 2000. The couple lived on the same property, but never in the same house. Their marriage was neither open nor honest, and Blake distrusted her so much that she hired a private investigator to follow her. It did not help that she continued her many plans, even though she was now married.

How Did She Die?

On May 4, 2001 – a seemingly normal day – Blake invited his wife Bonnie to dinner at her favorite Italian restaurant Corelli’s on Tujunga Avenue, Studio City. As they headed home, Blake remembered that he had left his gun at the table and ran back inside to get in while Bonnie waited in the car. He returned to find that she had been shot twice in the head and shoulders and died instantly.

Blake was originally charged with her murder, but the jury decided to acquit him. In a civil case, however, he was found guilty of wrongful death and sentenced to pay $30 million to Bonnie’s family. On appeal, the verdict was upheld, but the sentence was halved.