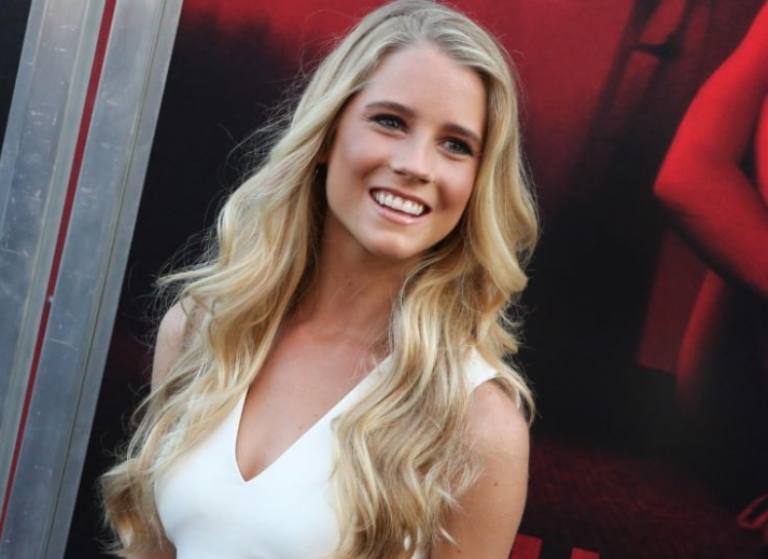 Cassidy Gifford is an American actress and daughter of legendary former NFL player Frank Gifford. She is best known for her leading role in the 2014 film God’s Not Dead. The actress has also starred in The Gallows and Time Trap. Her beauty, acting talent, and lovable personality have made her popular with many and helped her gain thousands of fans around the world who follow her work closely. In 2015, Esquire magazine included her in its list of “18 beautiful women that America can’t resist this summer.

Although there are people who believe and insist that Cassidy would never have made it in film and television without her father’s legacy and her mother’s rich influence behind her, the actress has proven time and again that connections can only go so far, but it takes some talent to maintain and advance an acting career the way she has. Despite what everyone thinks, Cassidy must have done something right to earn her reputation in Hollywood.

Who Is Cassidy Gifford?

Cassidy was born on August 2, 1993, in Greenwich, Connecticut, the daughter of Frank and Kathie Lee Gifford. She is the younger of two children of the couple, the other being a boy named Cody. Cassidy also has older half-siblings named Kyle, Jeff, and Vicky Gifford Kennedy, all from her father’s previous marriage. She is currently a young woman, which means she has many good years ahead of her to build her career and make something remarkable out of her time in Hollywood. There are many opportunities on her doorstep, and it was wise of her to take advantage of some of them so far.

The actress began her career in 2005 when she made her television debut in an episode of That’s So Raven, but she was unable to give acting her full attention as she was trying out other interests and occupations. Cassidy Gifford then starred in “The Gallows”, a horror movie about a ghost who is summoned and refuses to leave without hurting those responsible. She later appeared in God’s Not Dead, a film about a debate about the likelihood of God’s existence, whether you believe or not.

Cassidy also has a side career as a model, which also seems to be flourishing, and she is able to balance this with her acting duties without causing friction. Other notable acting roles she has appeared in film and television include Adventures of Serial Buddies, Caged No More, Twisted Sisters, Ten: Murder Island, Time Trap, The Suite Life On Deck, Blue Bloods, Like Cats and Dogs, and The Baxter’s. She is also working on some projects that will be released soon.

Cassidy’s father, Frank Gifford, was an American football player, sports commentator, and actor. He spent 12 glorious years as a flanker and halfback for the New York Giants before retiring to become a commentator and announcer for Monday Night Football on ABC. In 1956, the year the Giants won the NFL championship, he received the NFL Most Valuable Player Award. Frank Gifford was an eight-time professional bowler. He became an Emmy winner whose work was considered the gold standard for sports broadcasting at Monday Night Live, the Olympics, and the Wide World of Sports. In July 1977 Frank Gifford was inducted into the Pro Football Hall of Fame.

ALSO READ: Sabrina Le Beauf, Michael Reynolds’ Ex-Wife From The Cosby Show, How Old is She?

He married popular television presenter Kathie Lee Gifford, known for her presentation of NBC’s Today and Live! with Regis and Kathie Lee. She has received 11 Emmy nominations for Daytime, some of which she took home with her. Kathie is also a successful songwriter, singer, and author who has published several books and albums. She is a woman who wears many professional hats and is quite accomplished in the midst of these hats. Kathie has written plays and musicals for Broadway. She is also an entrepreneur with her own fashion line. She has starred in a number of television series and films including First Wives Club, Love Me to Death, Days of Our Lives, Hercules, and Sharknado 5: Global Swarming.

Frank and Kathie remained married until he died a natural death on August 9, 2015, just one week before his 85th birthday.