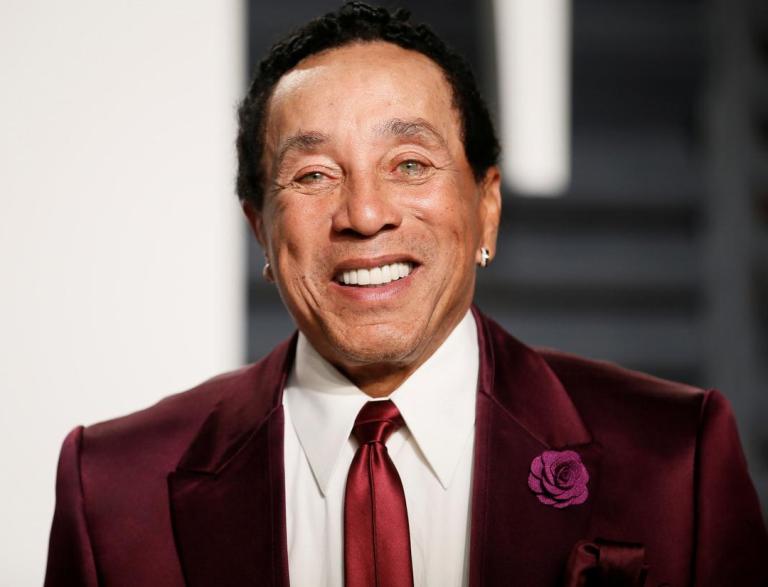 Robinson made a name for himself as part of The Miracles before becoming a music manager at Motown Records.

As he grew up, Smokey experienced firsthand the hardships of life growing up in a rough neighborhood in the North End of Detroit. To give himself a chance for a better life, Smokey worked hard at school and excelled in both his studies and as an athlete. He also had a passion for music, which led him to form the group The Five Chimes in 1958.

The Five Chimes consisted of Smokey Robinson, Ronald White, Pete Moore, Bobby Rodgers, and Emerson Rodgers, who was later replaced by Claudette Rodgers. In 1957 the group changed its name to “The Matadors” and in 1958 they welcomed guitarist Marv Tarplin. By this time The Matadors had already achieved some local fame and began to tour their town and perform in various clubs and venues where they were given a chance. Later they changed their name again, this time to The Miracles.

While they were on tour and looking for a record deal, The Miracles met record producer Berry Gordy Jr. who was impressed with Smokey’s vocals and his songwriting skills. Gordy continued to help the group put together their first single, “Got a Job”.

Robinson was attending college at the time, where he was pursuing a degree in electrical engineering. He later dropped out of college after his group got a contract with Motown Records. The Miracles’ first big hit under their new label was the song “Shop Around”, which was released in 1960. The hit became Motown’s first million-selling record and helped the group build a cult following.

From then on, Smokey Robinson, who served as lead singer, songwriter, and producer, never looked back as he and his group released more than 20 songs that made it into the top 40 hits. These included songs like “You’ve Really Got a Hold on Me”, “I Second That Emotion”, “Baby Baby Baby Don’t Cry” and the number one hit “The Tears of a Clown”.

Outside his group, Robinson wrote and produced songs for his other label mates, most notably The Temptations, Mary Wells and Marvin Gaye. His work contributed directly to the success of Motown Records and helped to honor him as the godfather of soul music. He later became Vice President of Motown Records before quitting the group in 1972.

He continued to serve as musical director, but after standing on the sidelines for a year, Smokey made a comeback and released over 20 works as a solo artist between 1973 and 2005. In 1988 he won his first Grammy Award for the song “Just to See Her” from the album “One Heartbeat”, which was one of his most successful albums ever.

Smokey Robinson is currently married to fashion designer Frances Gladney. The couple married sometime in 2004 and have been living together ever since, although they have no children.

Smokey Robinson is said to have an estimated net worth of $100 million that he has accumulated over the more than 50 years he has spent in the music business.

It’s not clear whether or not Smokey Robinson is in fact gay. The talented musician has always performed with women in public and has never hinted that he has loved a man in the past. However, it would not surprise us to hear that Smokey may have been with some men in the past.

Smokey Robinson is very much alive. However, the singer “You’ve Really Got a Hold on Me” was falsely reported to have died in 2017 in an allegedly bizarre lawnmower accident with a rabbit.