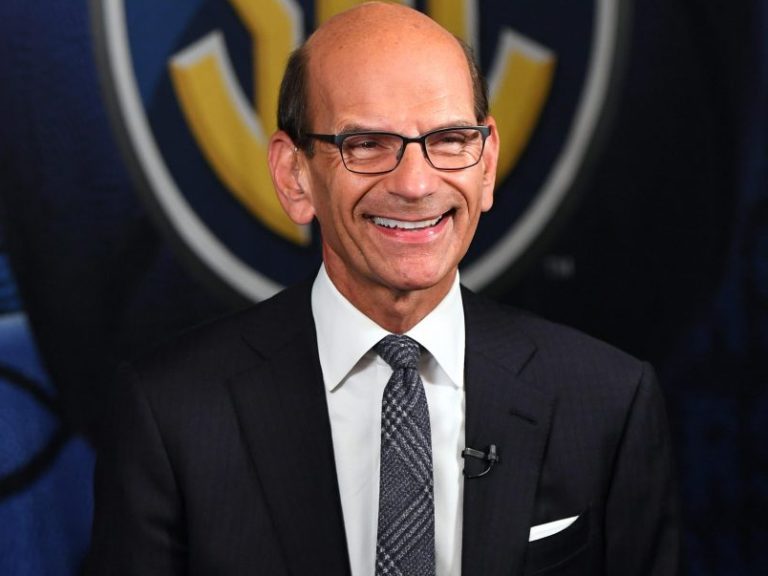 Spending days gathering information and then reproducing it in a concise and compelling read could be both fulfilling and tiring. As for Paul Finebaum, an American personality from sports television and radio, the blade has cut in both directions. Finebaum is a high-ranking author of sports features, with a career focused on sports in the Southeastern United States.

Born on July 26, 1955, in Memphis, Tennessee. Paul was the second child born of his parents – Gloria and Benjamin Finebaum. His full birth name is Paul Alan Finebaum, and he has an older sibling, a sister named Pam Finebaum. Paul attended Christian Brothers High School in his hometown of Memphis. He also enrolled at the University of Tennessee and graduated in Political Science from that institution in 1978.

His journalistic career began while he was still in college, reporting on student administration issues for the college newspaper. Two years after college, Paul moved to Birmingham in 1980, where he began working for the Birmingham Post-Herald as a reporter and columnist. Between 1980 and 2000, some of Paul’s work was big stories such as the dismissal of Auburn University coach Terry Bowden, the recruitment of the Alabama basketball player, Buck Johnson, and other stories. In 2001 Paul moved on and wrote a column for the Mobile Press-Register.

His career in radio began in 1985 when he began working for WAPI-FM. While working at WAPI-FM, Paul was a commentator. He directed the morning Mark and Brian Radio Show, and then Paul hosted his own show on the same station. He has made numerous contributions to the world of television broadcasting. From 1998 to 2002, he was the sports director of WIAT-TV. In addition, he worked with WVTM-TV NBC 13 and ABC 33/400 as co-host on several individual shows.

Finebaum began a collaboration with the major sports news brand ESPN, where he played an important role in the documentary Roll Tide/War Eagle. His relationship with ESPN led to his regular appearances on the channel’s shows, including SportsCenter, Olbermann, and others. He was awarded a Sports Emmy together with other contributors to College GameDay.

Apart from the career he has built behind the microphone and cameras, Paul Finebaum also has a knack for writing. His most famous work is the popular series I Hate… In this series, there are books with similar titles, with the sentence “I hate”. One of these works includes I Hate Michigan: 303 Reasons Why You Should Too. He wrote a book about the series, HarperCollins. When the book was finally published, it made the New York Times bestseller list and remained there for the next five months. The very first edition of the book sold 150,000 copies. Paul has also published other works, including Finebaum Said – published by Auburn in 2001: The Postcard Book, which was published in 1996, among others.

Paul Finebaum is lucky to have been at the forefront of sports journalism for decades. Numerous written works are also attributed to him. Although we may not know his exact salary, we do know that his net worth is estimated at $2 million.

Paul was born in Memphis, Tennessee, but his family had moved there from The Big Apple, New York, shortly before his birth. Finebaum’s father, Benjamin Finebaum, was an optometrist and died in 1971. Paul’s mother, Gloria Filderman Finebaum, worked at the IRS office in Memphis after her husband’s death as an employee to support her family. Paul Finebaum had an older sibling, his sister Pam.

Paul was a married man, but there are not many details about his married life and family. He entered into a marriage in 1990 with his wife, Dr. Linda Hudson, after they met in the Birmingham complex where they lived. It is not clearer whether the couple has or had children from their marriage relationship.

Other Facts about Paul Finebaum