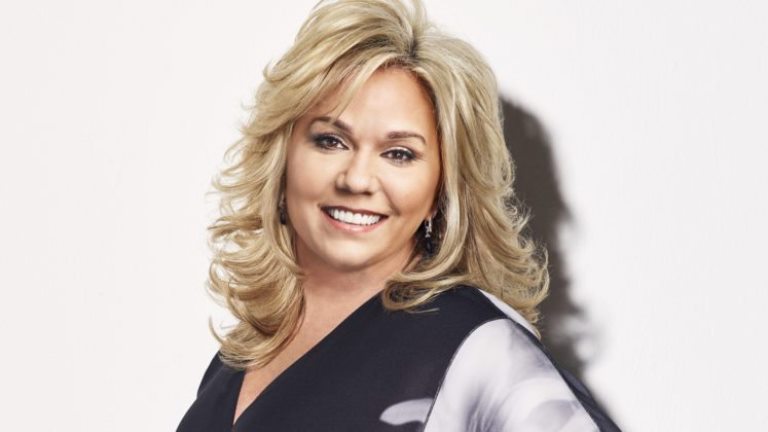 Julie Chrisley is best known as the Super mother in the reality TV series Chrisley Knows Best, which is about her marriage to Georgia’s wealthy real estate tycoon Todd Chrisley and her entire family.

Julie is described in her biography about her USA Network character as “a strong-willed woman who isn’t afraid to say what she thinks and cook what she wants – whether Todd likes it or not”. Julie has managed to preserve her marriage with Todd by providing the much-needed peace and quiet to overcome his fierceness.

The matriarch of the Chrisley family, who grew up in a trailer park, now lives a life she once thought impossible. Here is a detailed look at her life and some lesser-known facts about her.

However, after the reality show became very popular, Americans became increasingly interested in the Chrisleys, including Julie.

Top media dug up some lesser-known facts about Julie, who was born Julie Hughes on 9 January 1973 in South Carolina as the daughter of a Baptist minister’s father, Rev. Harvey Hughes Jr. and mother Pa, Hix Hughes.

Julie was diagnosed with breast cancer in 2012. She told Hello Magazine: “The diagnosis was made on March 5; I had my double mastectomy on March 22.

She also revealed that although she had no family history, she began research into the disease immediately after diagnosis. 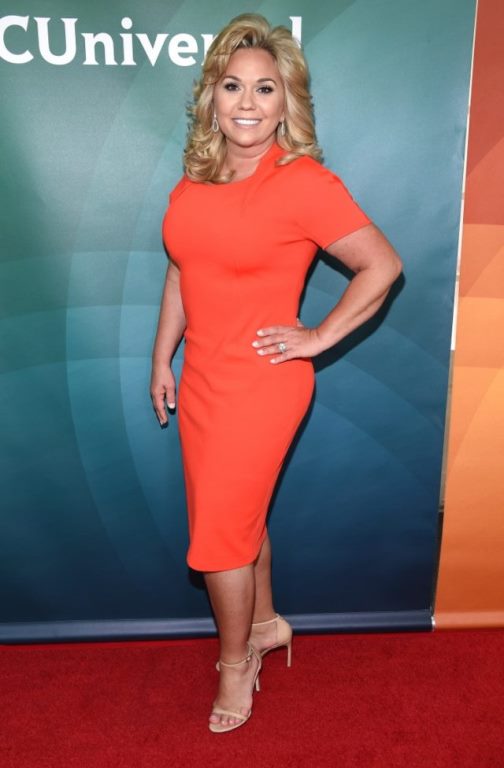 “I didn’t waste any time… The minute I was diagnosed, I started researching… I had to do what was best for me and my family. I didn’t want to place the burden on my children more than I had to. I had teenagers and a 6-year-old.” Julie said.

Upon the suggestion of Todd, Julie decided to get a mammogram, and fortunately, she fought off cancer. She told Hello; “I am really glad I went when I did…If I had waited another year, [the odds] may not have been what they were.”

Since then, Julie has lived cancer-free.

Julie’s simple trailer park life took a turn when she met up with successful real estate entrepreneur Todd Chrisley in the early 1990s. At the time, Todd was married to a certain Teresa Terry, who sources say was his high school sweetheart. The couple married after Teresa became pregnant at 19 years of age.

Teresa gave birth to Todd’s two oldest children, Lindsie (born 1990) and Kyle (born 1991), although it is now believed that Kyle has become estranged from his father.

After Todd and Teresa separated, Todd married Julie, who became his business partner. Together they were able to build a real estate empire worth millions of dollars. 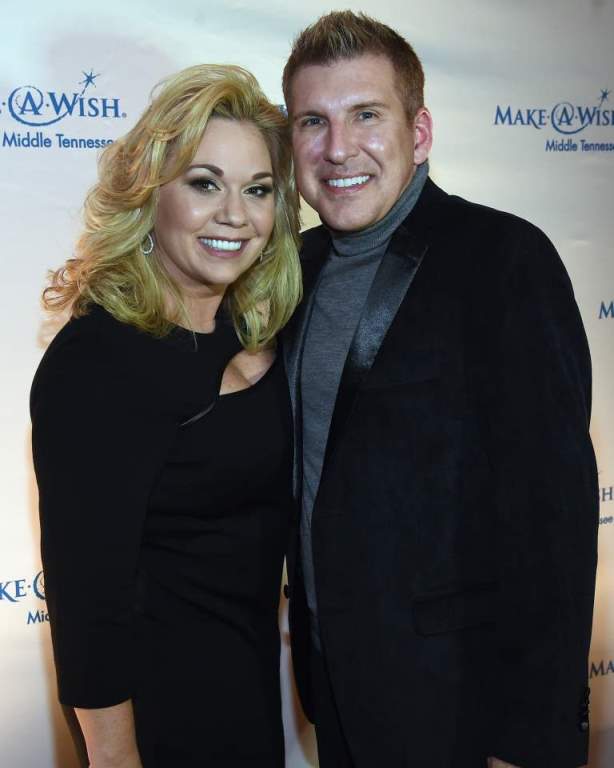 Since Chrisley’s celebrity on the USA Network Show, many tabloids seem determined to dig up dirt on the family. They have been accused of leading a fake life on screen and living apart when the cameras aren’t rolling.

In May 2014, two months after the show’s premiere, the Daily Mail met with Todd’s ex-wife Teresa Terry for an exclusive interview in which she revealed that Todd physically abused her when they were married and would strip her naked down to her underwear and beat her with a closed fist.

According to the Daily Mail article, Teresa Terry is now remarried, has two children, and lives in Oklahoma.

Despite this, many Americans do not seem distracted by the results and continue to find the Chrisley show interesting, the ratings say it all

Julie was very pregnant when she married Todd. Soon after their marriage, she gave birth to her first child named Chase, who was born in 1997. The couple has two more children together; Savannah,(1998) and Grayson, (born 2006). 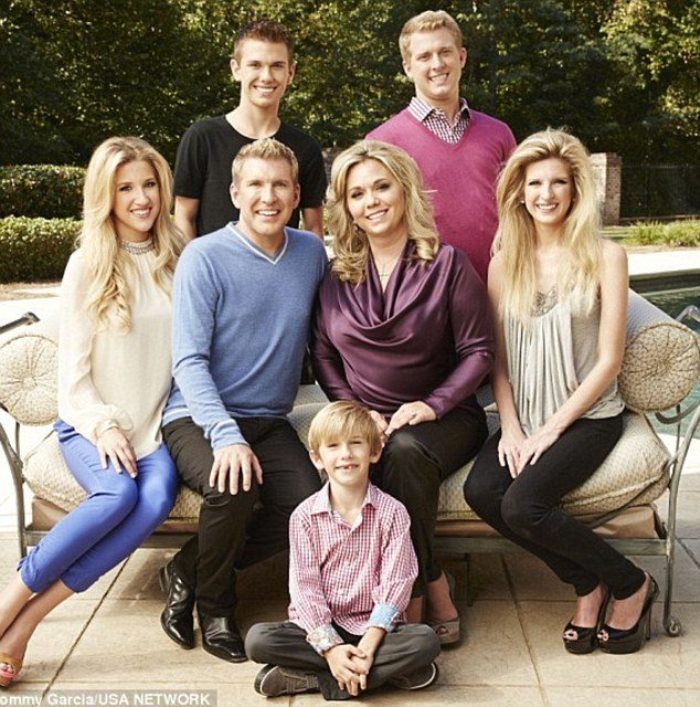 They all perform on the show alongside Todd’s eldest two children with his first wife, Teresa.

Sources say that while Julie and Chrisley seem happy and content, in reality, they are broke and have debts of up to $50 million. Reports say that this forced Todd to apply for Chapter 7 bankruptcy protection in 2012 and that the reality show was created in an effort to make some money to pay off their huge debts.

It was also revealed that Georgia has filed $700,000 in Liens against them. They allegedly tried to evade state taxes by pretending to live in Florida.

According to Celebrity Net Worth, Julie Chrisley has a net worth of $3 million.