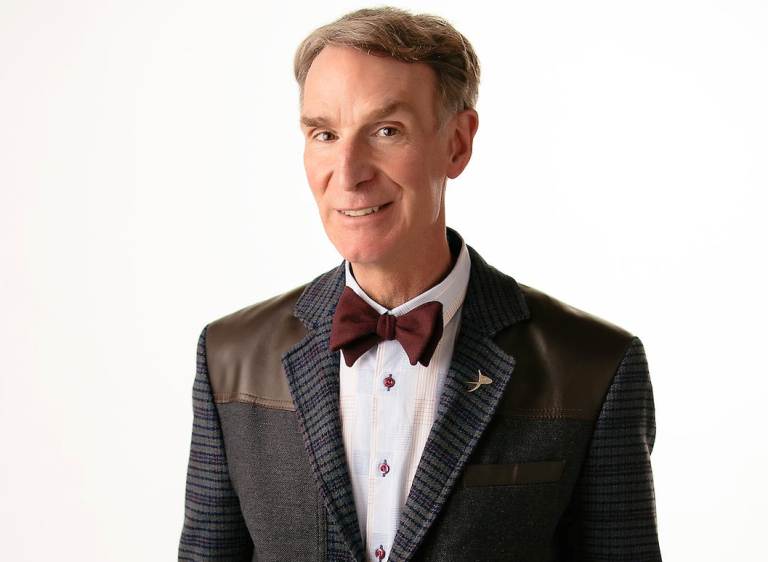 Bill Nye is currently CEO of The Planetary Society, the largest non-governmental space interest group in the world. He is also the host of Bill Nye Saves the World, a Netflix television show that debuted in spring 2017. The man is popularly known as “Bill Nye the Science Guy” is a trained mechanical engineer, science communicator, comedian, television presenter, and writer.

The Science Guy came under fire in January 2018 when he attended President Trump’s first SOTU address as a guest of Jim Bridenstine. Jim Bridenstine is Trump’s controversial candidate for NASA Administrator, who is considered in several circles to be highly unqualified to head NASA. Bridenstine has also remained alienated from the US scientific community because he continues to deny the realities of climate change and is therefore considered an “anti-scientist”.

Since Bill Nye is the nation’s leading science communicator, the fraternization of Bill Nye with the allegedly anti-science Jim Bridenstine was not well received by various groups in the scientific community. Many of these groups asked The Science Guy to petition and urged him not to attend the event.

According to Nye, who had been a voice against the Trump administration’s climate denial, attending SOTU allowed him to further promote space science and research. However, his critics insist that attending the event was Bill Nye’s endorsement of the current US president’s stance on climate change and some of his policies that are considered anti-science.

William Sanford Nye was born on 27 November 1955 in Washington, D.C. His mother, Jacqueline Jenkins-Nye (née Jenkins) was a code-breaker during World War II. She died in 2000. His father, Edwin Darby “Ned” Nye died in early 1997. From what we have learned, he was also a World War II veteran. It’s said that his experience in a POW camp made him a sundial enthusiast.

After graduating from Cornell University, Nye worked for Boeing Corporation, where he invented a hydraulic resonance suppression tube that was used in Boeing 747 aircraft. He also worked for Sundstrand Data Control (now Honeywell) and some other engineering firms in Seattle. Nye applied for a NASA astronaut position several times but was never accepted.

It was quite a surprise when Nye started doing stand-up comedy while he still had a regular job as a mechanical engineer at Boeing. He discovered how much he loved making people laugh and quit his job at Boeing on October 3, 1986, to become a full-time comedian.

In 1986, Bill started a local sketch comedy television show in Seattle called Fast Live! While still freelancing on Almost Live, he looked for more television appearances where he could teach science and entertain his audience at the same time.

His big break came in 1993 when he developed a pilot of Bill Nye the Science Guy for KCTS-TV. The program became part of a limited series of TV content that local stations could schedule to meet the requirements of the Children’s Television Act. As a result, Bill Nye the Science Guy was the first program to be broadcast simultaneously by commercial and public channels, with each episode aimed at communicating a specific scientific topic. Surprisingly, not only children would enjoy the show. It was seen as a useful teaching tool for science teachers.

Bill Nye also published several books, including the New York Times bestseller, “Undeniable”, “Unstoppable” and his latest, “Everything All at Once”. Still riding on the success of Bill Nye the Science Guy, he has subsequently made many appearances in popular media as a science educator.

In 2005 Nye tried to reinvent his career with the show “The Eyes of Nye”. However, the show was not successful and lasted for only one season. Before Bill Nye became President of The Planetary Society in 2010, he had been Vice President of the Society since 2005. In July 2012, Nye supported President Barack Obama’s re-election offer.

Wife, Is He Married or Gay?

In 2006, 51-year-old Bill Nye announced his engagement to the musician Blair Tindall, with whom he had been together for five months. The wedding ceremony took place during the Entertainment Gathering at the Skirball Cultural Center in Los Angeles.

However, Nye left the relationship seven weeks later when the marriage license was declared invalid. In 2007, Nye filed a restraining order against Tindall after an incident in which she had entered his home and damaged his garden with a herbicide. Tindall admitted to having entered his home but said she posed no threat to Nye.

After his brief marriage to musician Blair Tindall, Bill Nye has not been associated with any other woman or man. Although he managed to stay in public for several decades, his private life was closely guarded. He also did not publicly address the question of his sexuality. Given that he once married a woman, Bill Nye is most likely heterosexual.

The net worth of Bill Nye is estimated at $6.5 million. The science guy has amassed a considerable fortune in his early years as a comedian and television presenter. Although he has not retired from television, Nye is also a bestselling author, and as a science educator, he holds paid seminars. When he received an honorary doctorate from Rutgers University in May 2015, he even received a $35,000 speaker’s fee.

The CEO of Planetary Science is alive and well. He has, however, fallen victim to a series of death pranks. The first was a story from the satirical news channel The Onion on August 23, 2000, in which the scientist was said to have died in a massive explosion involving vinegar and baking soda. According to the false publication, Nye had tried to demonstrate how to make a weather balloon with household items.

In November 2010, the then 54-year-old Bill Nye collapsed in mid-sentence during a speech in California. However, he regained consciousness quickly enough to continue his speech. Again, the man is alive and well.

The Science Guy stands at a height of 6 feet 1 inch. His lanky frame is about 143 lbs on the scale, not so much for a man over 1.80 m. Bill Nye has grey hair and his eyes are brown.