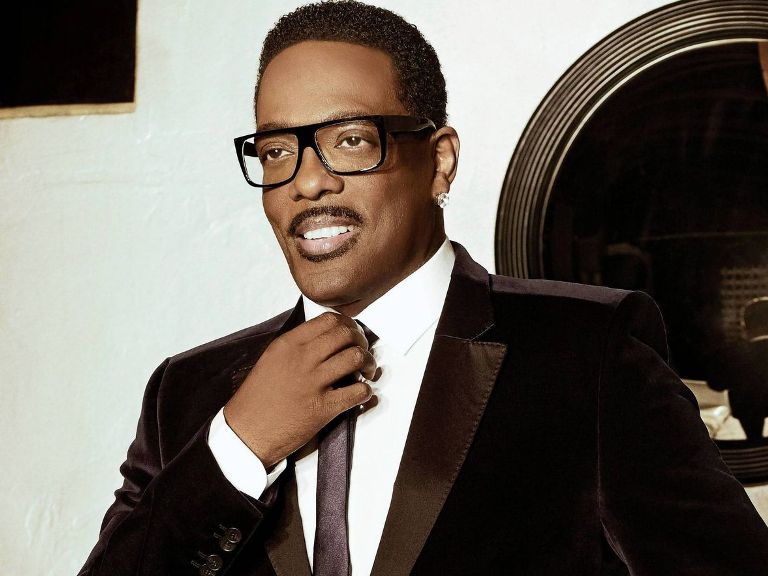 Many aspiring musicians will give more than just a leg up to enjoy half the success Charlie Wilson has achieved in his near half-century musical career to date. The former lead singer of The Gap Band, who later launched a solo career when he contributed his distinctive baritone to songs such as Snoop Dogg’s “Signs” & “Beautiful” and Kanye West’s “Bound 2”, was nominated for eleven Grammy Awards, among several other honors. Read on to learn more about his career and other achievements.

Charlie Wilson was born in Tulsa, Oklahoma on January 29, 1953, the son of Wilmuth and Reverend Oscar Wilson. He began singing at a very young age, and since his father was a minister in the Church of God in Christ, he and his brothers, Ronnie and Robert, often sang while their mother played the piano.

Wilson attended Booker T. Washington High School, where he continued his singing by joining the school choir before deciding to form The Gap Band with his brothers. After high school, Wilson enrolled at Langston University Marching Pride, during which time his group made its big breakthrough by being the backup band for Oklahoma pop music artist Leon Russell.

Charlie Wilson and his brothers worked to popularize a cheerful form of funk music, but the genre had yet to make its way into the public eye. Later, the group moved to Los Angeles, where they worked with producer Lonnie Simmons, who helped shape their style and got them a contract with Mercury Records, where they released a series of top 10 R&B hits in the late 70s and 80s. Some of the group’s most popular songs include “Outstanding” which reached #1 on the R&B charts, “You Dropped a Bomb on Me” (#2), “Party Train” (#3), and “Yearning for Your Love” (#5).

In 1989, Wilson began adding his vocals to many hip-hop and rap tracks and became one of the most sought-after singers in the industry. He soon lost his fame as he began to struggle with his addiction, which culminated in him losing his home and spending some time on the streets. In 1996 Wilson reappeared and reunited with his brothers. Later he began a solo music career that led to the creation of albums such as Bridging the Gap (2000), Charlie, Last Name Wilson (2005), Uncle Charlie (2009), and Just Charlie (2010).

Charlie Wilson is expected to have a net worth of $15 million. The eleven-time Grammy Award nominee managed to revive his music career after losing everything in 1993 due to the bad habits he had acquired. He later pulled himself together to get a record deal with Jive Records, having worked with such artists as Kanye West, Boyz II Men, and Quincy Jones.

After Charlie Wilson struggled with drugs and his subsequent entry into a rehabilitation program in 1995, he met and fell in love with Mahin Tat, a social worker, and director of the institution he joined. The couple began to meet after Mahin Wilson was confronted by Mahin for his bad behavior and he did not take what he was doing in the facility seriously. A few months later Wilson asked Mahin for her hand in marriage and she accepted.

Mahin continued to help her husband make a complete recovery from his cocaine and alcohol addiction, as she also encouraged him to continue his music career. Since then, the two have been inseparable, as she was also at his side when he was diagnosed with prostate cancer in 2008. In return, Wilson was able to bring his wife into the music industry as a songwriter. She was credited with co-writing or at least inspiring songs like You Are If I Believe and My Love is All I Have.

Charlie Wilson is very much alive and active in the music industry today. He was diagnosed with prostate cancer in 2008 but received appropriate treatment with radiation implants, which cured him because the cancer was detected early. Since then he has been working to raise awareness of the disease in the black community.