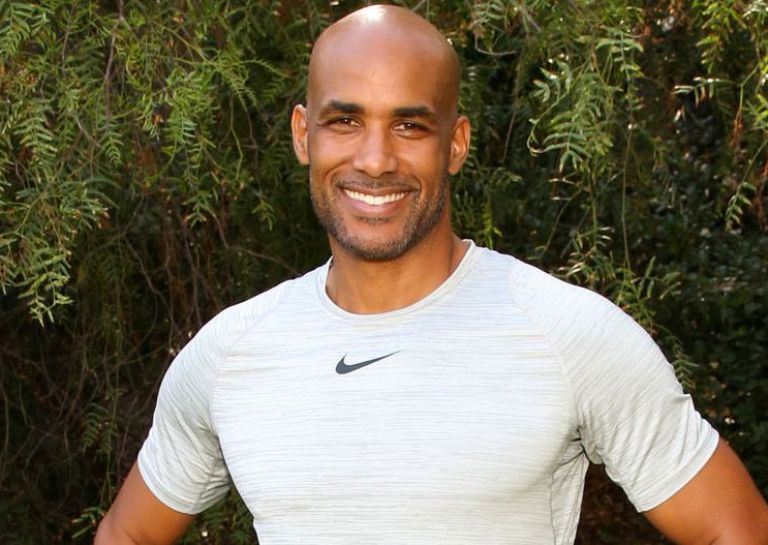 Austrian-born German-Ghanaian actor Boris Kodjoe is the true definition of tall, dark, and handsome, and just like his breathtaking looks, his career as an entertainer is remarkable.

After starring Kelby in Brown Sugar (2002), he achieved fame and became a television darling. Hit drama series such as Soul Food, Code Black, BET’s Real Husbands of Hollywood, and FOX’s The Last Man on Earth are just some of his exploits in the film industry. He also had his moments on the big screen with outstanding performances in movies like Love & Basketball, “Starship Troopers 3: Marauder, Addicted, Alice Upside Down Surrogates, Nurse 3D”.

He has also graced television programs such as Boston Public, Members Only, The Steve Harvey Show, For Your Love, Tales, All of Us, Women’s Murder Club, Code Black, and a host of others. Given his achievements, it is not surprising that the good-looking actor has always received recognition through multiple award nominations.

Boris Kodjoe has been nominated twice for the NAACP Image Awards, in addition to a nomination for the Black Reel Award for Best Supporting Actor. It gets even more interesting to know that in 2002 the stunningly beautiful star was placed on the People’s list of the “50 most beautiful people in the world”; not that we are surprised. He is also multilingual; speaks fluent German, English, and French with a little Spanish.

Boris Kodjoe’s parents, Eric Kodjoe (father), a doctor of Ghanaian descent – the Krobo people, and Ursula (mother), a German psychologist, who is partly Jewish, took him in on 8 March 1973 in Vienna, Austria. His full name is Boris Frederic Cecil Tay-Natey Ofuatey-Kodjoe, named after the Russian poet and writer Boris Pasternak. His parents had a great influence on his academic life when he studied at Virginia Commonwealth University on a scholarship. Despite his other interests in the entertainment industry, he graduated there in 1996.

Kodjoe’s family did not stay together for long, as his parents divorced when he was six years old. He grew up with his siblings, including two sisters – Nadja and Lara – and a brother named Patrick near Freiburg im Breisgau.

Given his great looks and physical attributes, as well as the fact that he receives a lot of attention from the female population, it may be surprising that Boris Kodjoe is a dedicated family man. His Soul Food: The Series co-star Nicole Ari Parker became his wife on May 21, 2005, in Gundelfingen, Germany.

The two lovebirds share two children. Their first child, a girl, Sophie Tei-Naaki Lee Kodjoe, was born on March 5, 2005, with spina bifida, which was diagnosed at birth. On October 31, 2006, the couple’s second child, a boy, Nicolas Neruda Kodjoe, was born, safe and sound.

Boris Kodjoe and his family live in Los Angeles, California, and are members of Cascade United Methodist Church in Atlanta, Georgia.

The Hollywood star, who looks good in every respect, is of course equipped in all the right places. He is a very tall man standing at 1.93 m, which corresponds to a height of 6 ft 4 in. Although he is no longer in his young years, the actor retains his good looks so that the ladies would flock to him at any time.
If he wasn’t bald, Boris would undoubtedly have dark hair that would match his sexy brown eyes and perfect smile.

There is no doubt that the actor has done quite well, and the proof lies in his ability, which is as attractive as he himself. For someone who has been in the film industry since the late 1990s, it is no surprise that Boris has made a fortune out of his acting career. The Austrian-born actor of German and Ghanaian descent has a net worth of $8 million.

His fortune has been accumulated through his outstanding performances in films, as a model, and through sponsorship contracts, and because he is so handsome and has years ahead of him, Boris will increase these figures in no time.