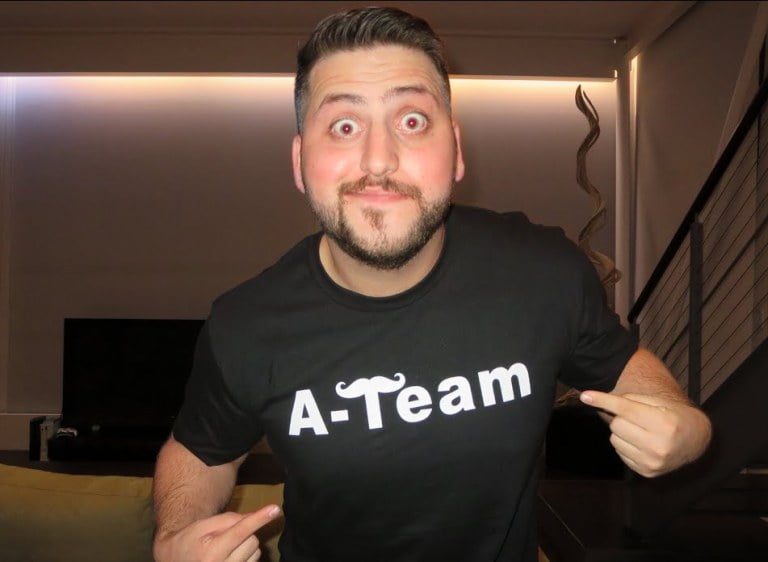 Alex Mandel is a Canadian-American YouTube comedian and Vlogger. On his YouTube channel of the same name, he provides comedy videos and collaborations. Prior to his Internet stardom, Alex Mandel worked as an actor and producer on several prank TV shows.

His first YouTube upload was an audition video, which he had only made available for viewing by a casting director. However, the video attracted the attention of more than a thousand viewers, which gave Alex the idea of vlogging on YouTube. His rise to online fame was a little slow, but he persisted and managed to attract over 450,000 subscribers to his “Alex Mandel Vlog” channel.

Alex Mandel was born on September 30, 1989, in Los Angeles, California. His parents are Howie and Terry Mandel. Alex grew up together with his 2 sisters, an older and a younger sister.

As a young schoolboy, he was reclusive and had a pathological fear of speaking in front of people. Whenever the opportunity arose to perform in a school play, he usually retired to a corner and cried his heart out. He was also diagnosed with severe ADD, his education was hindered and he eventually dropped out of school for a while.

In an attempt to overcome his fear of public speaking, Alex decided to join the drama group in his local community. As a member of the group, he discovered that he not only had an innate ability to entertain, but that he also enjoyed making others happy.

Armed with a newly discovered passion for acting, Alex found the zeal to return to school and complete his education. During his high school years, his father allowed him to take on some television roles. In 2008 he finally completed his high school education. After high school, he enrolled at California State University Northridge, where he majored in drama. After only 2 years he left college to pursue a professional acting career.

As a comedian, Alex has been cast in a number of prank television shows, including Scare Tactics, Destination Fear and Howie Do It, produced by his father Howie Mandel. He also enrolled in the Stella Adler Acting Academy in Hollywood to hone his skills.

Everything To Know About Him

Alex Mandel is the son of Canadian actor, comedian, and TV personality Howie Mandel. In January 2010 Howie Mandel was announced as a judge for America’s Got Talent.

As a child, Alex had a serious stutter. It got so bad that young Alex remained mute for almost a year. Thanks to the speech therapy he underwent, he was able to get over it and began to speak normally.

As an actor, Alex Mandel appeared in the prank show Scare Tactics (2003) with a hidden camera and in the comedy Noobz (2012). He also directed and wrote the credits for 6 episodes of the comedy TV series Odd Jobs from 2014.

His journey to become an internet star was rather accidental. He started streaming comedy videos on the website Stickam.com. From a few viewers he had, Alex was able to increase his audience to over 20,000. Unfortunately, the website lost its sponsors and was closed together with the broad audience Alex had been able to build up.

After suffering the disappointment of losing his first hard-earned Internet audience, the talented comedian was able to return to his acting career. He also embraced his YouTube career and built it from the ground up. However, his first YouTube upload was not intended for the public. He had recorded a video for a television role he was aiming for and was asked to post it on YouTube for the casting director to watch. The role he was auditioning for was funny, and soon the video began to attract many other viewers. In less than 24 hours, the video reached an incredible 1,000 viewers.

YouTube was an amazing discovery for the Vlogger, who found it as liberating as his original website. However, he found it difficult to penetrate the YouTube community, even though he had a strong background in vlogging. In his early years on YouTube, he only managed to get 1,000 subscribers.

He remained undaunted, however, and continued to put pressure on. He started attending VidCon, the annual meeting of the biggest YouTubers and online viewers. Armed with the critical advice of his newfound mentors, coupled with his background as a producer and actor, Alex Mandel finally made progress and his YouTube statistics began to rise. He also landed collaborations with other prominent YouTubers such as Roman Atwood and Dennis Roady.

Finally, Alex Mandel was noticed by the online community and got a job as director of Prank at Break Media (now Defy Media). He was very successful at Break but decided to quit to focus on his own career.