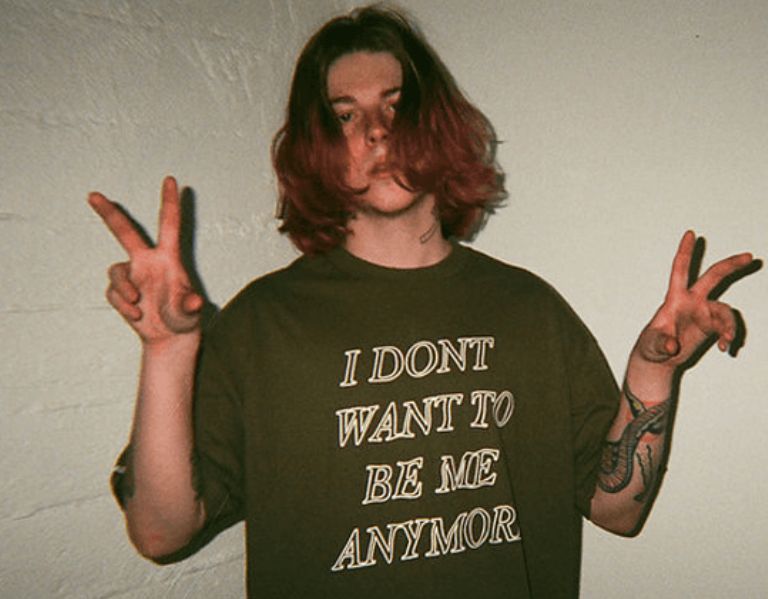 There are many and different types of celebrities – from actors and singers to models, bloggers, writers, cooks, fashion designers, and even philanthropists. But to be identified as a real celebrity depends on how much and how well you can distinguish yourself through your skills or talents. For celebrities like Tyler Grosso, it is their skillful handiwork. Learn more about Tyler Grosso.

Who is Tyler Grosso?

Tyler Grosso is a California-based American fashion designer best known for his Super Radical brand. Grosso was born on December 01, 1993, in Charlotte, North Carolina. Raised by his mother since his father left the family when he was two years old, Grosso grew up as a very shy child, but this began to leave him during high school. In high school, he also developed his passion for clothing design. His passion was inspired by the American hip-hop collective Odd Future Wolf Gang Kill Them All, which is usually abbreviated as Odd Future. His high school teacher, moved by his graphic design class project, also encouraged him to start his own clothing line. Grosso had to drop out of school to pursue this newfound passion but first started working in a grocery store while taking an online semester course.

A die-hard fan of the famous American rapper and record producer Rakim Mayers, known by his stage name ASAP Rocky, and Steven Rodriguez, known as ASAP Yams (the two are co-founders of the American hip-hop group ASAP Mob), Grosso moved to New York City to work as an assistant to the group, where he learned more about fashion and mixing clothes to make a difference. Grosso was also inspired by films, music, and documentaries from the 1970s. He left ASAP in 2015 to start his own streetwear business under the brand name Superrradical.

Every other Thing You Need To Know About Tyler

1. Grosso’s clothing is inspired by music and historical events

Grosso’s clothing refers to various hip-hop and rock bands and singers such as The Red Hot Chili Peppers, The Doors, and even Britney Spears, the American singer, dancer, and actress.

2. Superrradical is known for its Genuity

Supercritical has gained a large fan base so far, as the brand’s collections are usually sold out within the first hour of their release. The brand is truly genuine and is known for not hammering ideology down the throats of its fans. The clothing line simply reflects everything and anything Tyler feels at the moment of design. He describes the brand as “a mood board of my emotions.

3. Tyler Designs all his clothing himself

Tyler Grosso creates his own designs and uses the Internet as a tool to bring his clothes to his target audience. One of the shirts Grosso produced featured a picture of airbrushed praying hands next to Britney Spear’s text with the words “At Night I Pray”. Another of his street clothes had a picture of the godfather of Atlanta Gucci Mane.

Sometime in 2017, Tyler decided to take a break from his fashion design. Tyler could not bear the overwhelming volume of orders from his fans and he simply wanted to retire and recharge his batteries.

During his time with the A$AP group, Tyler Grosso basically worked under ASAP Yams as his assistant and as his right hand and best friend. After Yam’s untimely death in January 2015, he left the group to start his own clothing line. Grosso worked with the Mafia for three years.

The young dress designer was accused of being an accomplice in the rape of a young woman named Philomena. According to her social media testimony, the woman said Tyler was fully involved in her rape, which took place in October 2017, alongside WWE Cruiser Weight Champion Enzo Amore. Tyler has yet to comment on the matter but Amore was suspended by the WWE following the allegations.

Tyler once met with a Los Angeles-based fashionista, style blogger, and Instagrammer Too Poor. Her original name is Layla Shapiro and she is from Palm Springs. Too Poor has been featured in magazines like Bullet Magazine, Galore, Complex, and The Cobra Shop. She currently has her own self-titled clothing line Too Poor. She worked as a Marketing Assistant/Social Media Manager for a sweet and wild e-commerce shop called Shop Jeen. Tyler has also dated Grace Shields, another Instagram celebrity known by the account name “gtshields”. Shields is known for posting self-portraits and moments from her daily life, but her fandom in social media grew after her affiliation with Lil Xan – a rapper best known for his 2017 hit “Betrayed”.