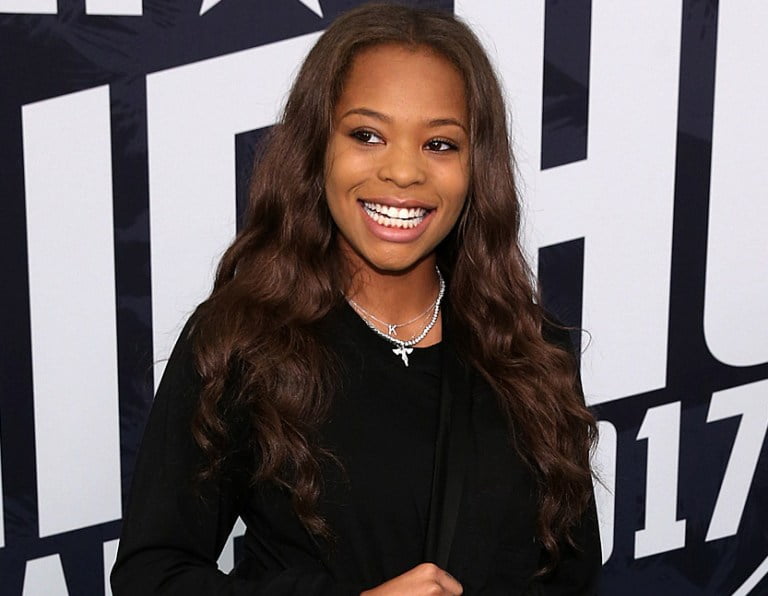 Kodie Shane is one of the best artists in the rap community, and she has the voice, creativity, and mastery to prove it. She is one of the rising stars of showbiz, having literally grown up with so much musical talent around her.

Shane started showing love for music at a very young age – thanks to her family members who were rooted in music before she was born. The beautiful singer learned different ways of performing music until she decided to start a career in music at the age of thirteen.

Who Is This Kodie Shane Everyone Is Talking About?

Shane is an aspiring singer and rapper. She was launched into the world on October 28, 1998, in Atlanta, Georgia, in the United States. Her parents are Danny C. Williams and Hop Williams, while her siblings are Brandi Williams (sister) and Lil Wop (brother).

Like their father, who was a member of a Detroit-based male musical band known as Rick, Ran, & Dan, Brandi and Lil Wop have a musical background. While Kody’s sister is a member of an American girl group called Blaque, her older brother Lil is a rapper. He is best known under his stage name Wopster.

Shane’s mother will not be forgotten either, she is their manager. The rapper also has a great aunt who is interested in music. Her name is Cherrelle, a veteran R & B singer famous for her sweet voice. Kodie also has a singer cousin named Dexter Gore Jr. who is best known by his stage name Famous Dex. Gore was born on September 6, 1993, and is a well-known drill rapper.

Shane’s real name is Kodie Williams. She grew up in Chicago, Illinois, the city her family moved to shortly after her birth. There is no detailed information about the rapper’s education and early life.

ALSO READ: Is Chris Daughtry Married, Who Is His Wife? His Family, Height, Net Worth

Career and Rise to Prominence

Kodie officially started her music career at the age of 13. When she started, she worked as a writer for Greystone Park, an Atlantic production studio with Matty P and D.Clax as supervisors.

Shane’s boss, Matty P, was the one who discovered that she was loaded with musical creativity after playing through her song. Matty P immediately showed Coach K her songs. Coach K (rapper Gucci Mane and Migos’ manager) was impressed with her lyrics and began mentoring the Atlanta-born singer.

The aspiring rapper was later, in 2015, signed by Epic Records under the name Kodie Shane. In 2016, she was introduced to rapper Lil Yachty, who would make her a member of his music group Sailing Team. The group is made up of young and creative producers and rappers, including TheGoodPerry (formerly Burberry Perry), K$upreme, Kay the Yacht, BigBruthaChubba, Byou, Jban$2Turnt and $oop. To date, Shane is the only female member of the group.

The young and energetic singer dropped her debut mixtape on March 9, 2016. The mixtape is entitled: 2060 and consists of 13 tracks, with Sad being the hit. Shane released her first EP on June 11th, 2016 with the title Sad: Little Rocket. Her big breakthrough came after she contributed a verse to rapper Yachty’s All In Hit-Jam. Yachty continued to present it with some members of his crew after the success of All In in the All In spin-off entitled Summer Songs 2.

Other songs by the young rapper include Zero Gravity, Big Trouble Little Jupiter (2017) Back From the Future (August 25, 2017), Hold Up, and Start a Riot. She introduced the well-known hip-hop recording artist Lil Uzi Vert and Lil Yachty in Hold Up.

Here are All The Facts About The Rapper

1. Shane Kodie refers to himself as “The Don”. She took the nickname from an American romantic comedy-drama movie called “The Don”: Don Jon. It was released in 2013.

2. Her musical influence is the American dancer, actress, record producer, and singer Ashanti.

6. She’s not in an open relationship.

7. Her sexual orientation is heterosexual.

8. She is best known as the only female member of the sailing team.